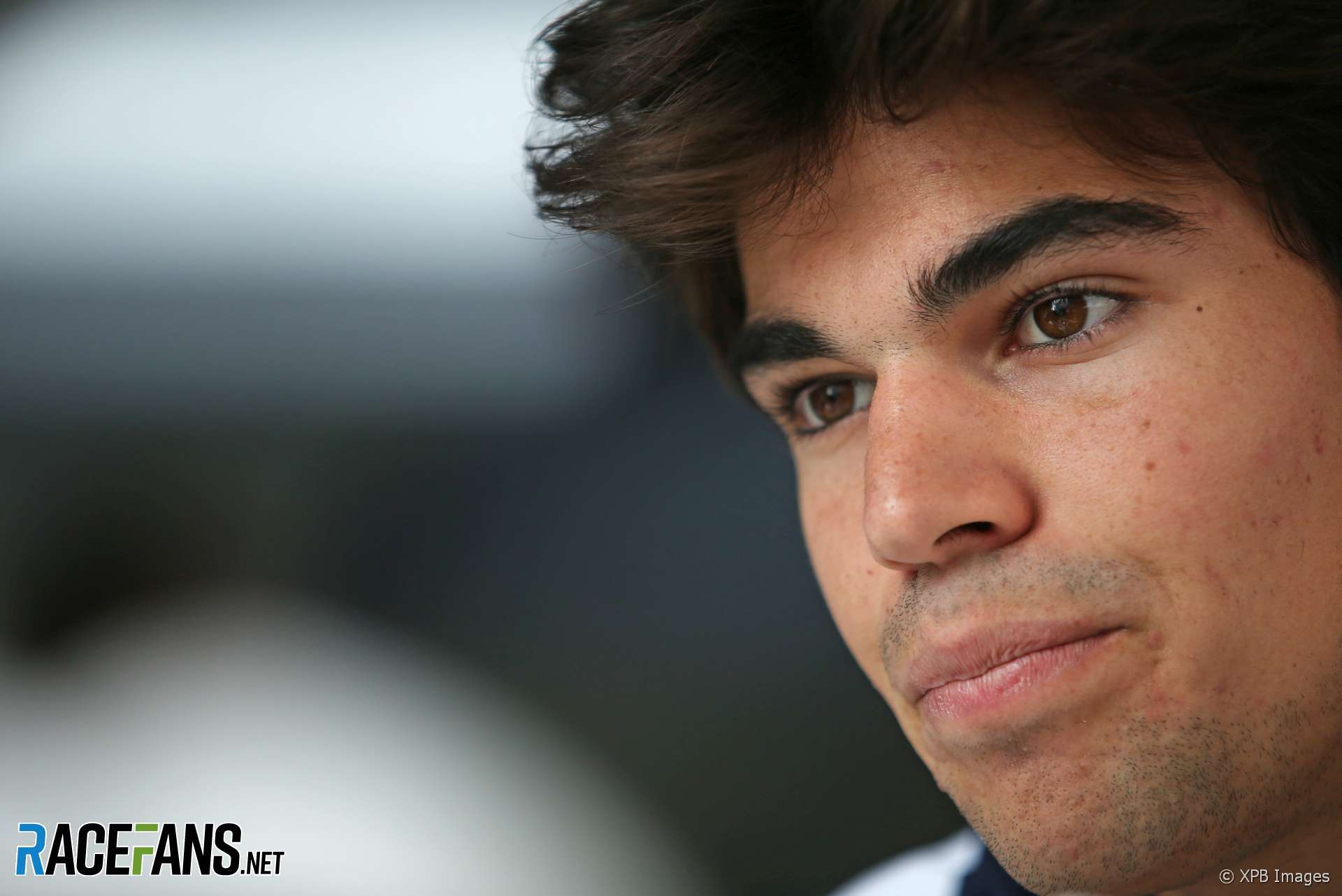 Lance Stroll is pleased his friendship with Esteban Ocon is enduring despite being set to take his Formula 1 seat.

The Williams driver is widely expected to be confirmed as Ocon’s replacement at Force India next year. George Russell is taking Stroll’s seat at Williams and Ocon looks increasingly likely to be left without a drive.

However Ocon came to Stroll’s defence following the criticism his rival has faced on social media. Ocon posted a picture of the two together and urged his supporters not to vilify Stroll.

“I did that because Lance is my best mate in the paddock and we have a great relationship since a long time,” Ocon explained in Russia. “What’s happening it would be like if it was his fault but it’s not his fault or anything.

“He is working hard as much as I do to be in F1. In F1 everybody’s working hard to be here. It’s not an easy world. Of course he comes from a different background but inside we have the same motivation and the same passion for the sport. I want to be able to share that everyone.

“To just see all the hate I saw on the social media, it’s not normal. I think it’s better to show your support more than hate.”

Ocon’s comments are an example of “sportsmanship and friendship”, said Stroll.

“There’s business, there’s politics in Formula 1,” he said. “I have my management team, he has his management team, we’re both trying to do what’s best for our careers, and there’s our friendship.

“We competed together in karts, we fought wheel-to-wheel in karts, he was in Prema Formula Three, he won the championship, I came in. We’ve always had a good friendship and it’s good to see that bridge hasn’t burned.”

Stroll, whose billionaire father Lawrence has financed his progress into F1 and invested in Force India, says he is used to the criticism his career has received.

“It’s understandable from where I come from, my background, the criticism that I face,” he said. “It’s always been the case throughout my career in Formula Three, Formula Four, coming into Formula 1. I know that there are a lot of envious and jealous people, realistically, from where I come from, the majority of people don’t wish me well.

“The rest is just background noise. I try to stay in my little bubble, block this noise out.”

47 comments on “Stroll: No “burned bridges” with Ocon”