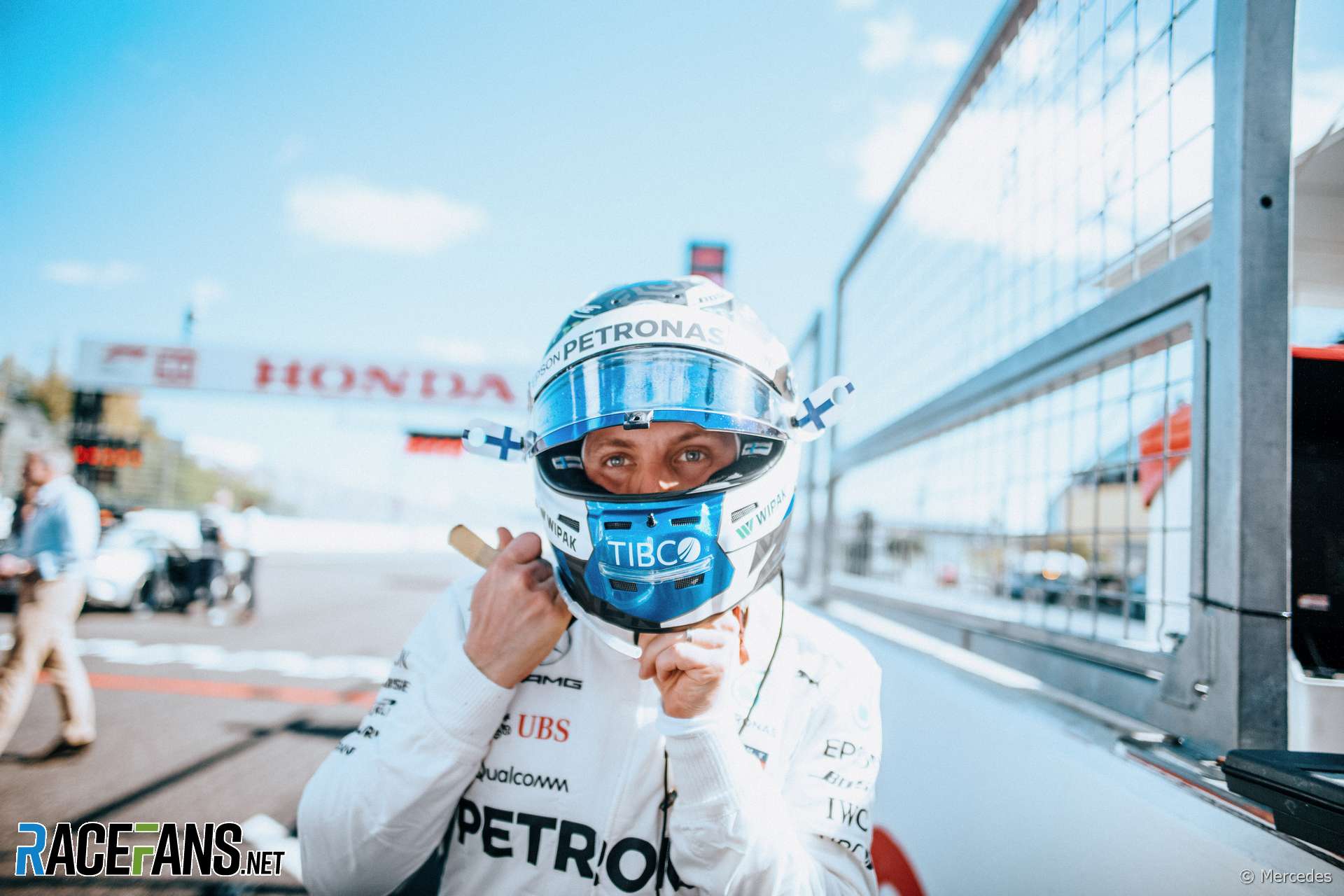 Mercedes team principal Toto Wolff expects Valtteri Bottas to bounce back following the disappointment of being told to hand victory to his team mate in the Russian Grand Prix.

Bottas is yet to win a race since last year’s season finale in Abu Dhabi. He was on course to win in Russia before being told to let Lewis Hamilton past to strengthen his team mate’s position in the championship.

“He will go into his third season with Mercedes next year and make another step. He’ll have learned and improved and see himself as a strong challenger for the championship, it’s exactly what we want, so that will come.”

Wolff suspects Bottas lost some “momentum” after having to give up the victory, though the driver hasn’t admitted it.

“I think we have to remind ourselves that for a race driver who is channeling all his efforts into winning races and the championship to take a victory away from him it will automatically drop a little bit of momentum. He says he hasn’t got that but I believe that will be a little part of it.

“He’s a tremendous team player and I really can’t emphasise that enough. After Sochi in the evening we had a discussion and he said ‘I completely understand why you did it and if I were in your shoes I would have done exactly the same, I need to outperform Lewis at the end of the season and score more victories to be in a position to fight for the championship, so don’t worry about me.’”