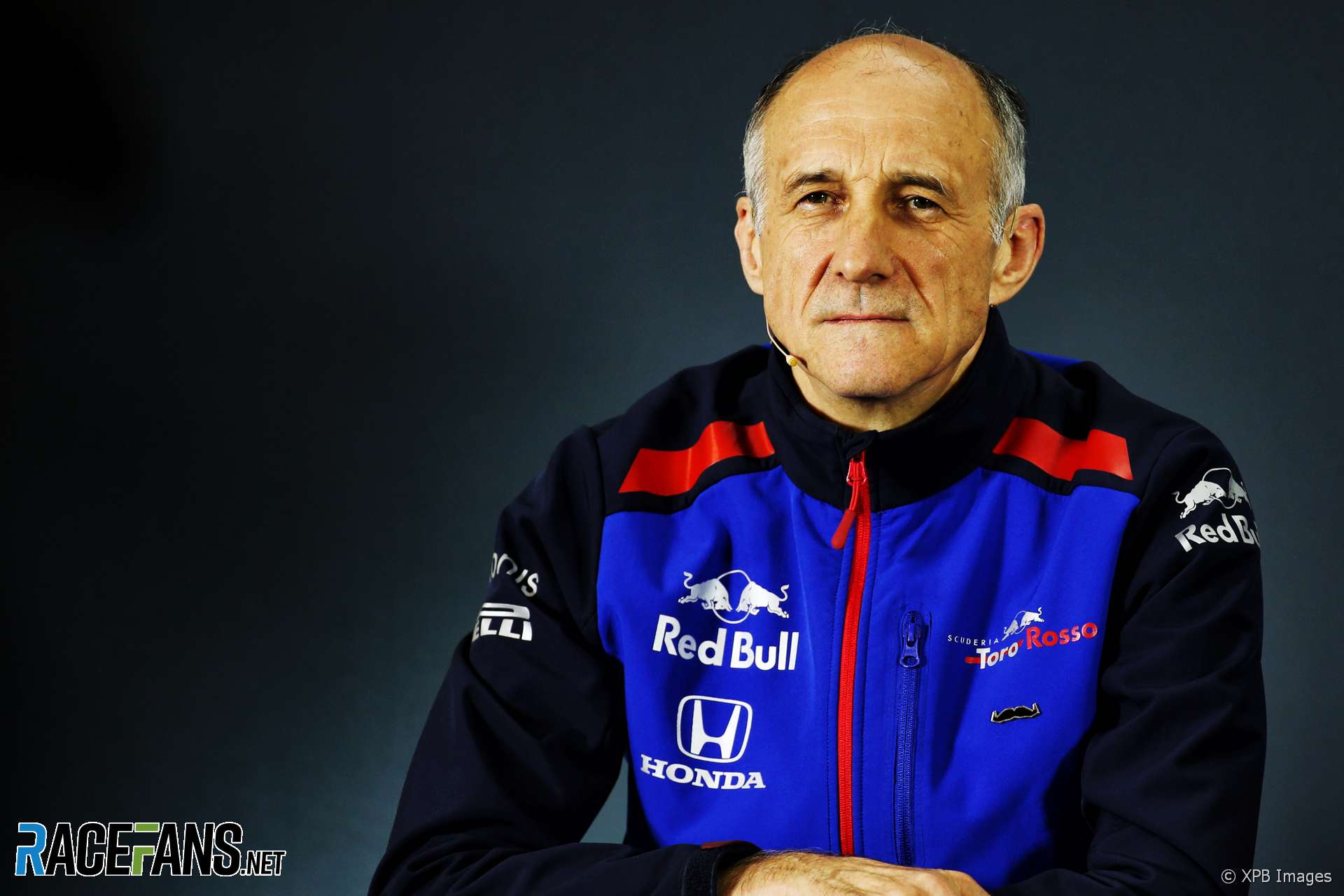 Brendon Hartley needs to raise his game to stay at Toro Rosso for the 2019 F1 season, according to team principal Franz Tost.

The team has already confirmed Daniil Kvyat as one of its two drivers for next year. Pierre Gasly is leaving to join Red Bull. But Hartley’s place in the team is not yet assured.

The 28-year-old scored the best result of his 22-race Formula 1 career at Austin after the disqualifications of Esteban Ocon and Kevin Magnussen promoted him to ninth place.

“He showed a good race in Austin,” said Tost in today’s FIA press conference. “But nevertheless if you look to the results, he has four points, Pierre [Gasly] has 28 points.

“That means he has to improve his performance if he wants to stay in the team.”

Asked whether Toro Rosso was working on releasing Alexander Albon from his Nissan Formula E contract to drive for them next year, Tost said: “Of course but you know negotiations are confidential, I can’t give any details about this.”

Toro Rosso has one of the three remaining seats for 2019 which has not been officially filled. The others are at Force India, which is expected to go to Lance Stroll, and at Williams.

Tost says he expects the decision won’t be made before the season is over. “First of all we have to finish the season to get a clear picture. And then I assume in December Red Bull will decide the driver line-up of Toro Rosso.”