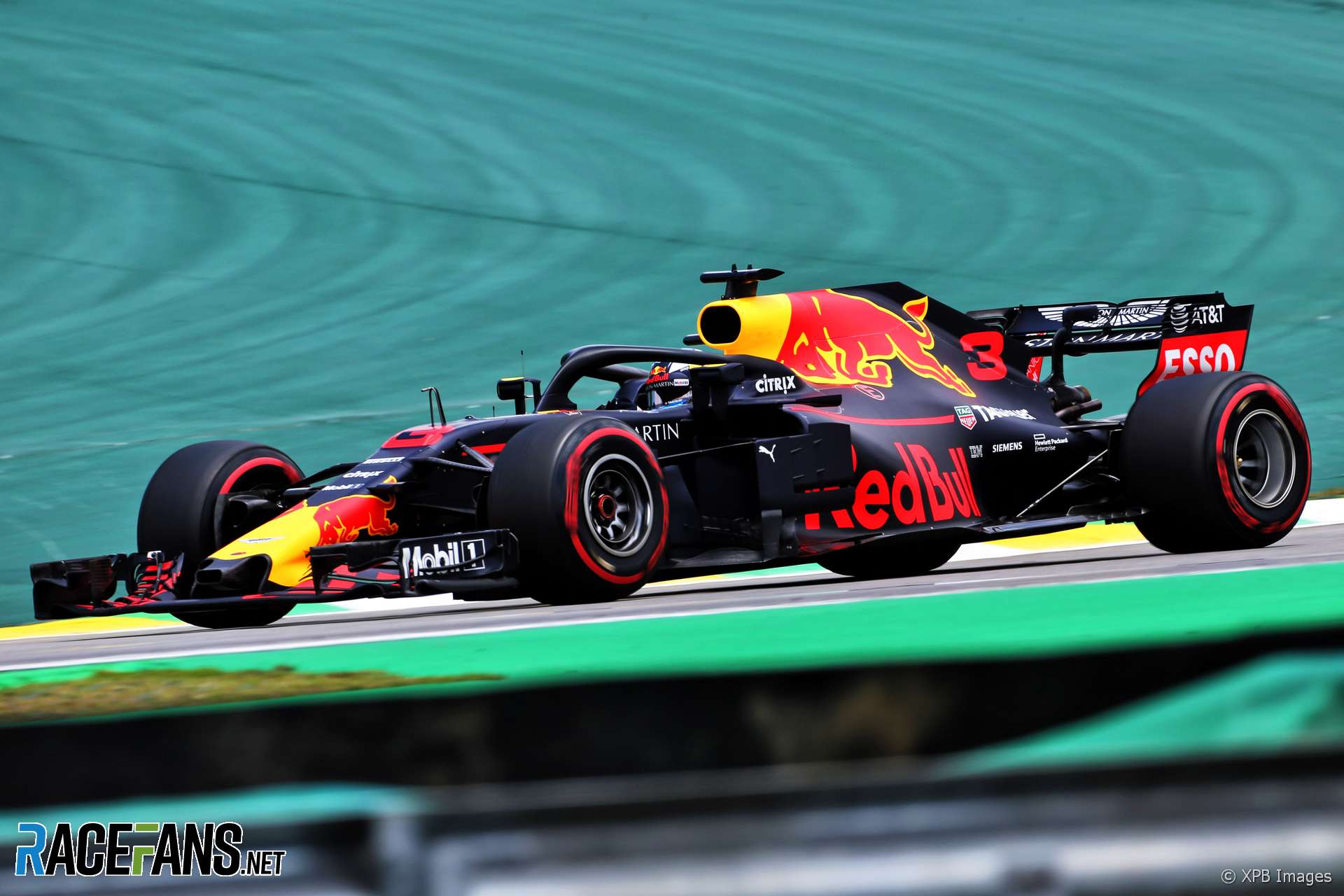 Daniel Ricciardo says he’d just come to terms with his retirement from the Mexican Grand Prix when he received a phone call telling him he would have to take a grid penalty this weekend.

The Red Bull driver’s turbocharger was damaged by a marshal when his car was recovered after a clutch problem forced him out while running second at the Autodromo Hermanos Rodriguez.

“I got a phone call last week notifying me of what happened when we broke down in Mexico,” he said. “I think the marshals put extinguisher straight up the exhaust and went to town on it and damaged the turbo.

“I’d kind of got over it that week and then I got that call and I was like ‘ah well, it is what it is’. We just wanted to get down early in case anyone else had a penalty to not lose out any more. That was the reason for that.”

Ricciardo will take a five-place grid penalty this weekend but he said he was encouraged by his car’s pace over a race stint.

“The penalty doesn’t help but the pace this afternoon was better,” he said. “I think we made improvements with the car.

“This morning we weren’t that bad but for sure we wanted to be quicker. I think we made a step forward this afternoon, I think there’s still a little bit left. The long-run pace seemed decent so we’ll see.

“All three tyres don’t seem that far off at the moment. I know the long runs were decent on the super[-soft] but also the medium, I think Valtteri [Bottas] on the medium didn’t look too bad, from memory. We’ll see.

“It opens up the options for me – obviously I’ll start further back in the race so I’ll have a crack and see what happens.”