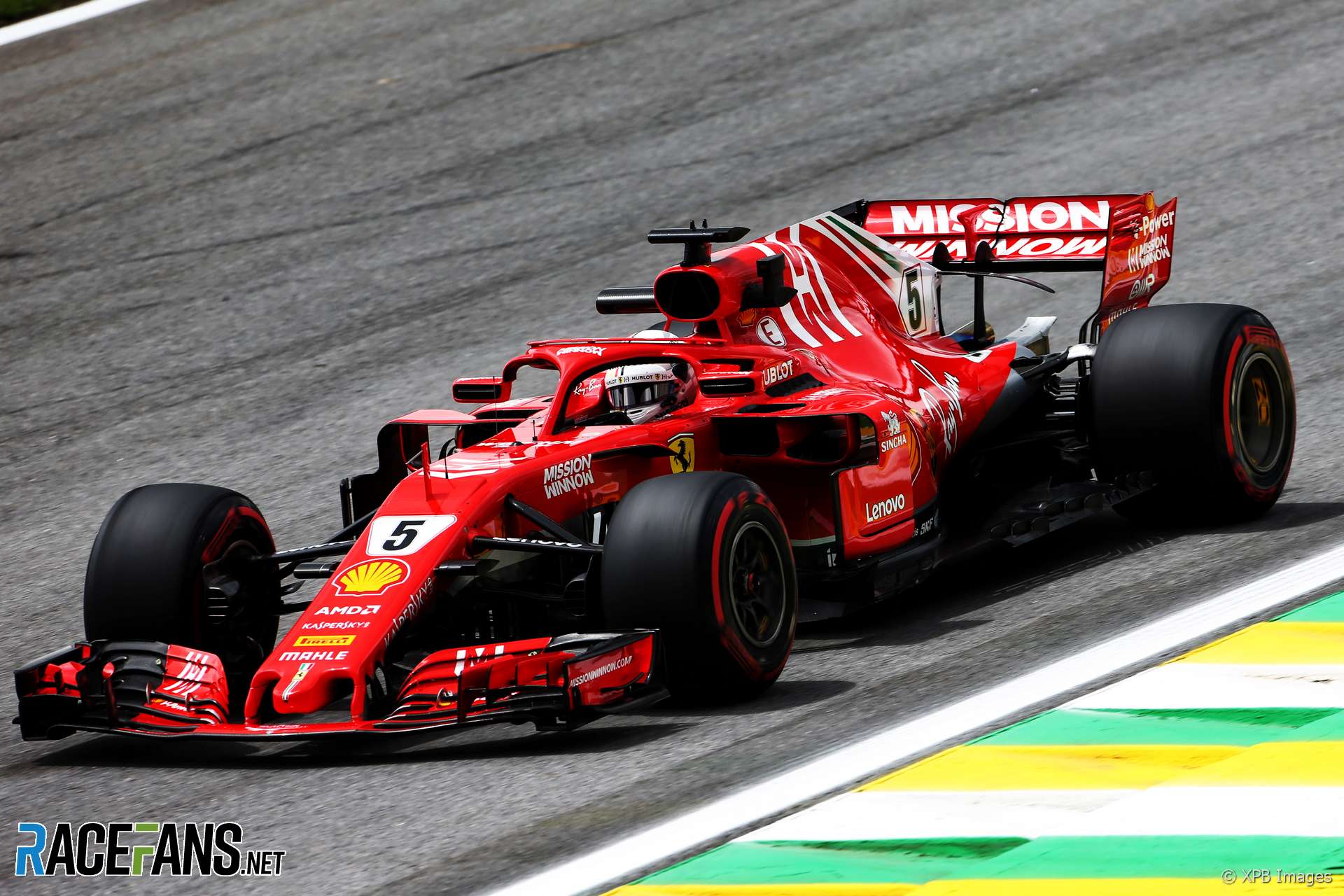 In the round-up: Sebastian Vettel reveals the cause of his amusing radio message about “something between my legs”.

I said what had to be said and then I thought maybe it came out wrong. I thought it was funny. We found it in the end, it was a little screw.

Vettel: "Yeah, around my feet, I mean, I'd be proud if it was what you think it is but it's not." #F1 #BrazilianGP #BrazilGP

What happens when you take one @F1 car, one awesome crew and add in a bit of @BBCCiN? Watch to find out. 👀#BrazilGP #CiN pic.twitter.com/iNzfB7EY9a

"It would also be such an easy route for my kid, who would be guaranteed a seat in Formula One because of their name. I will do everything in my power to steer them in another direction."

"The Formula One driver Lewis Hamilton was among those who avoided tax under schemes now deemed by the commission to be contrary to EU tax law. Hamilton, who paid no VAT when importing his red £16.5m Bombardier jet, said at the time that he had instructed a senior lawyer to check his arrangements and he had been told they were lawful."

"Looking at the weather, I think today was supposed to be the worst and it didn’t rain, so I’m not sure we will get any help in that respect."

"It was a bit difficult in the car today, definitely harder than I hoped. We struggled to find the right balance with the car and as a result it was not where I needed it to be to maximise the performance of the tyres. It is similar to how I felt in Sochi, earlier in the year. I wish I had been quicker today but I am still satisfied with my work."

Johnson explains how ride swap with Alonso came together (NASCAR)

If there’s any country Liberty Media should be successfully broadcasting F1 in, it’s the USA. So how are they doing?

The switch to Liberty Media has already had a huge impact on the US coverage. The switch from NBC Sports to ESPN was very abrupt and I’ve personally missed at least six qualifying sessions as it airs on ESPN News which is not a standard ESPN channel.

For Verizon, one of the largest cable providers in the US, ESPN news is only available on the Extreme package which is their top-of-the-line package. It’s only $10 more per month in my case but that’s almost the same as a Netflix/HBO subscription just to watch a few more qualifying sessions so it’s not really a super deal. If Liberty Media forces the US fans to subscribe to a F1 exclusive streaming channel, I fear it will be the death of F1 in the US.

I love F1 but I, like everyone else, don’t like to be forced to do anything so I might just switch to watching IndyCar and NASCAR like my compatriots. We have two competing racing series we can watch for free in the USA without dealing with Liberty and I think many folks might make the switch or simply take a hiatus from F1.

Getting those folks to tune back to F1 in the future will be a colossal undertaking – a lot of children in the US (especially the F1 market) participate in sports activities that the parents need to be present at so F1 is not only competing with professional sports like Moto GP, soccer, tennis, football but also competing with our children’s sports leagues over the weekends which sometimes take four to five hours or 10-12 hours or require a full weekend for tournaments – asking for one hour on Saturday and two hours on Sunday is almost like asking someone to add another religion.

Liberty Media should be making F1 as easy to watch as possible. They had such a victory getting F1 on NBC Sports and they squandered it away…
Michael (@Freelittlebirds)