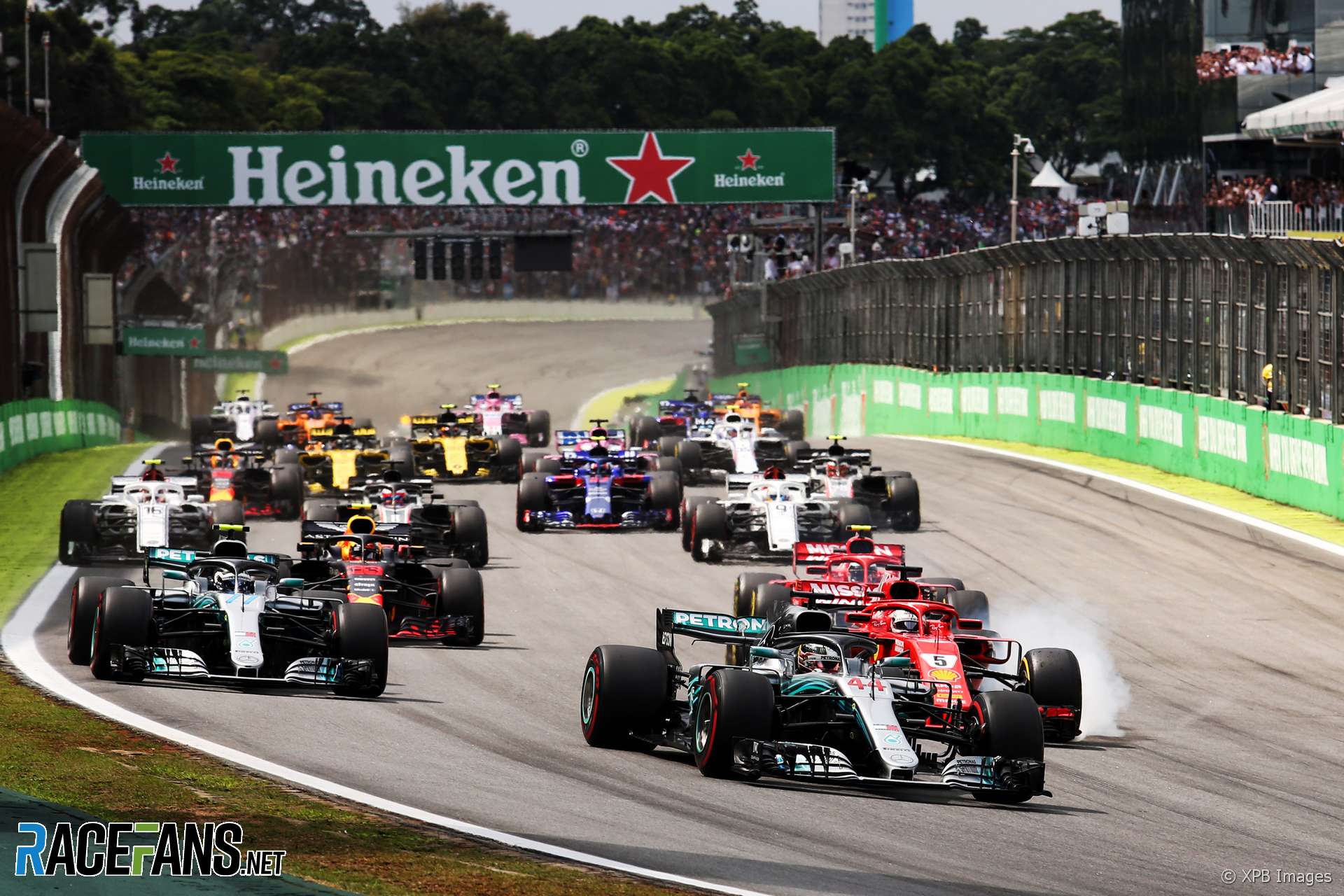 Lewis Hamilton scored his 10th victory of 2018 and secured the constructors’ championship for Mercedes in a dramatic Brazilian Grand Prix.

Max Verstappen took the lead off Hamilton earlier in the race but was knocked into a spin by Esteban Ocon as he lapped the Force India. The Red Bull driver was able to get going again and finished the race one-and-a-half seconds behind the winner, as Hamilton struggled with power unit problems.

Nonetheless a furious Verstappen pushed Ocon repeatedly when the pair met after the race.

The podium was completed by Kimi Raikkonen, who traded places with Sebastian Vettel three times during the race. He passed Vettel when his team mate ran wide early on, lost the position in the pits, then regained it when Ferrari told Vettel to let him through.

Valtteri Bottas ran second early on but fell to fifth behind the recovering Daniel Ricciardo and one place ahead of Vettel, who had a troubled run to sixth place.

Sergio Perez was the last of the points-scorers in 10th. Brendon Hartley came in 11th following a lengthy argument on the radio at Toro Rosso as team mate Pierre Gasly repeatedly refused to heed an order to let him by. Carlos Sainz Jnr separated the two Toro Rossos at the end.

Nico Hulkenberg was the only other driver who failed to take the chequered flag after Renault called him in for an unspecified reason early in the race.