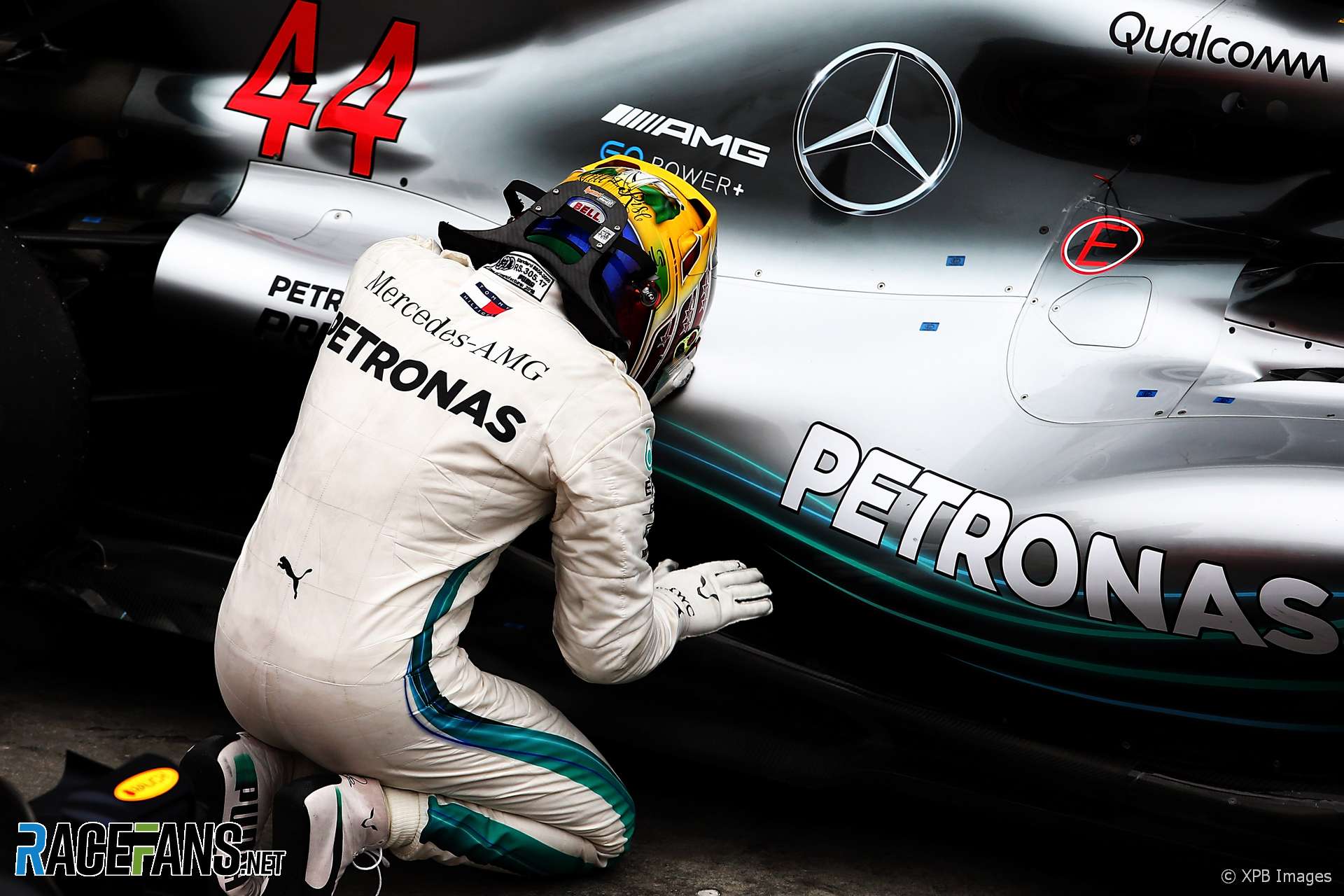 Lewis Hamilton’s power unit was “just about to break” at one stage during the Brazilian Grand Prix, Mercedes team principal Toto Wolff has revealed.

Hamilton complained several times about problems with his power unit on his radio during the race. Wolff credited the Mercedes High Performance Powertrains for finding a way to keep it running.

“We had such a horrible race today with the perfect end result with Lewis winning and us winning the constructors championship,” said Wolff.

“But I can tell you mid-race we got the information: ‘power unit failure imminent on Lewis’s car’. And the guys in the background, the HPP guys fixed it.

“God knows how you can fix hardware that is just about to break and make the car finish. So that race was just a nightmare until obviously the checkered flag came down and everything broke loose.”

Wolff described the moment he heard on the team’s radio the power unit was one lap away from failure.

“What I could hear – because I’m having about 10 channels open – on one of the meeting channels was ‘Lewis Hamilton power unit failure imminent – it’s gonna fail within the next lap.’ And I said ‘excuse me, what?’

“And they said we have a massive problem on the power unit and it’s going to fail next lap. It didn’t fail next lap, and I said when you guys have a minute, let them work, [then] tell me what what’s happening.

“They said ‘well, our exhaust is just about to fail’ and we’re over-shooting all the temperature limits as to what’s to fix and so they started to fix it turning the whole thing down. And then the stage temperatures went down to below a thousand, 980, but it’s still too high. Then he recovered another lap. That was truly horrible.”