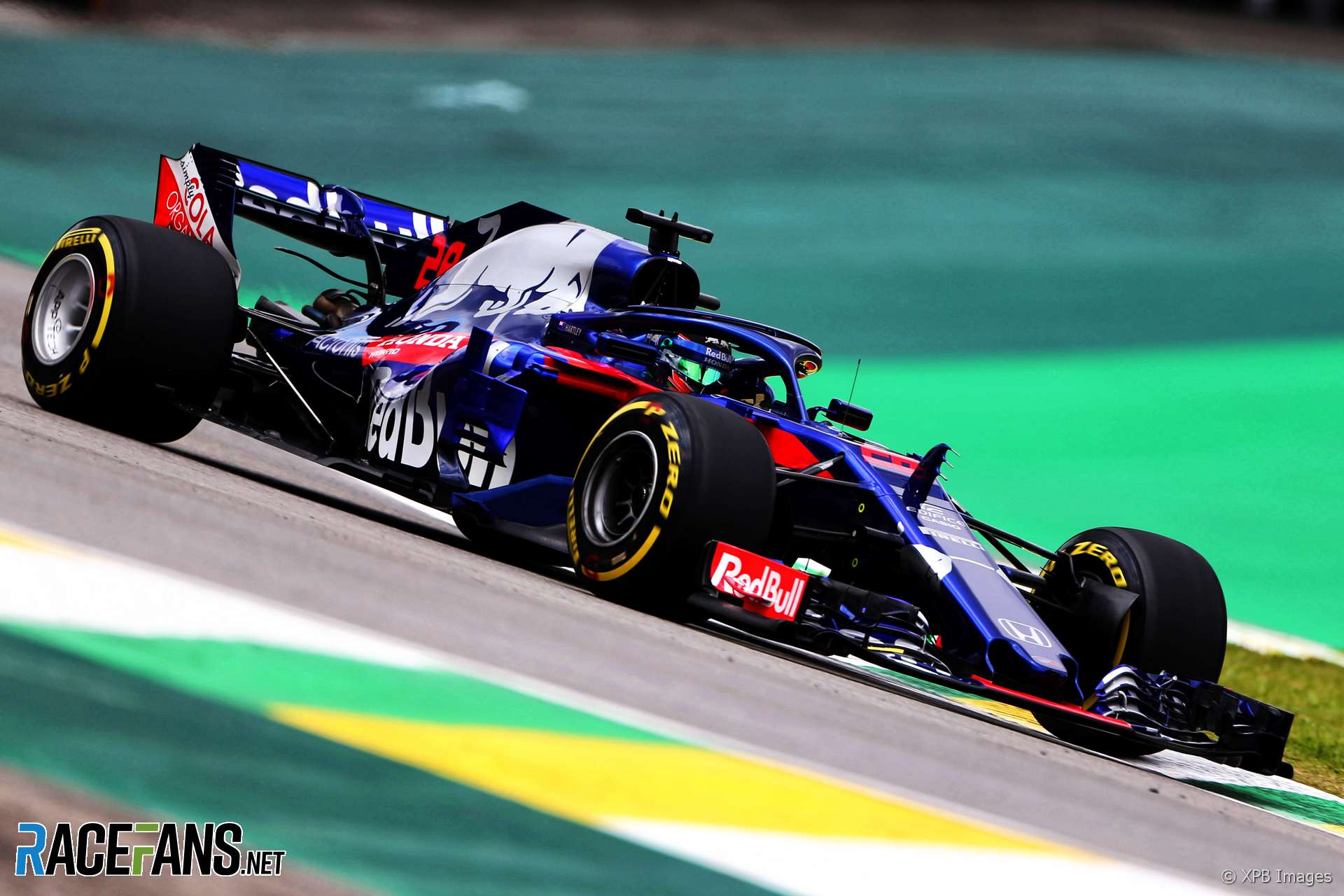 Toro Rosso are over two seconds per lap faster at Interlagos compared to last year with the latest ‘spec three’ Honda power unit.

Having run the older ‘spec two’ power unit on Friday, Toro Rosso switched to the newer engine for final practice. Pierre Gasly lapped almost a second faster than he had the previous day.

He delivered the best from the chassis on Saturday, reaching the top 10 shootout after team mate Brendon Hartley dropped out in Q1. Hartley missed the cut by mere hundredths of a second.

Red Bull have been talking up Honda’s performance since announcing their switch to the Japanese power units for next season. On Thursday Max Verstappen insisted Honda’s improvement “also shows in the numbers.”

“We are not lying or putting something in the world which isn’t true,” he said. “But it also depends on how much the other people are going to improve as well so we have to wait and see.”

Only Sauber has made a bigger lap time improvement compared to Toro Rosso year-on-year at Interlagos. This is partly due to the fact Sauber had a 2016-specification power unit last season.

The only other venue where Toro Rosso made this much progress relative to their rivals was at Suzuka, where they ran Honda’s latest power unit in qualifying for the first time.

Although Interlagos is the second-shortest circuit on the calendar in terms of lap time, this year’s pole position is over a second quicker than last year. And this was achieve in a rain-affected qualifying session.

The basic layout of Interlagos has not changed for almost two decades. The current cars are now over two-and-a-half seconds faster than the V10 generation was at this track.