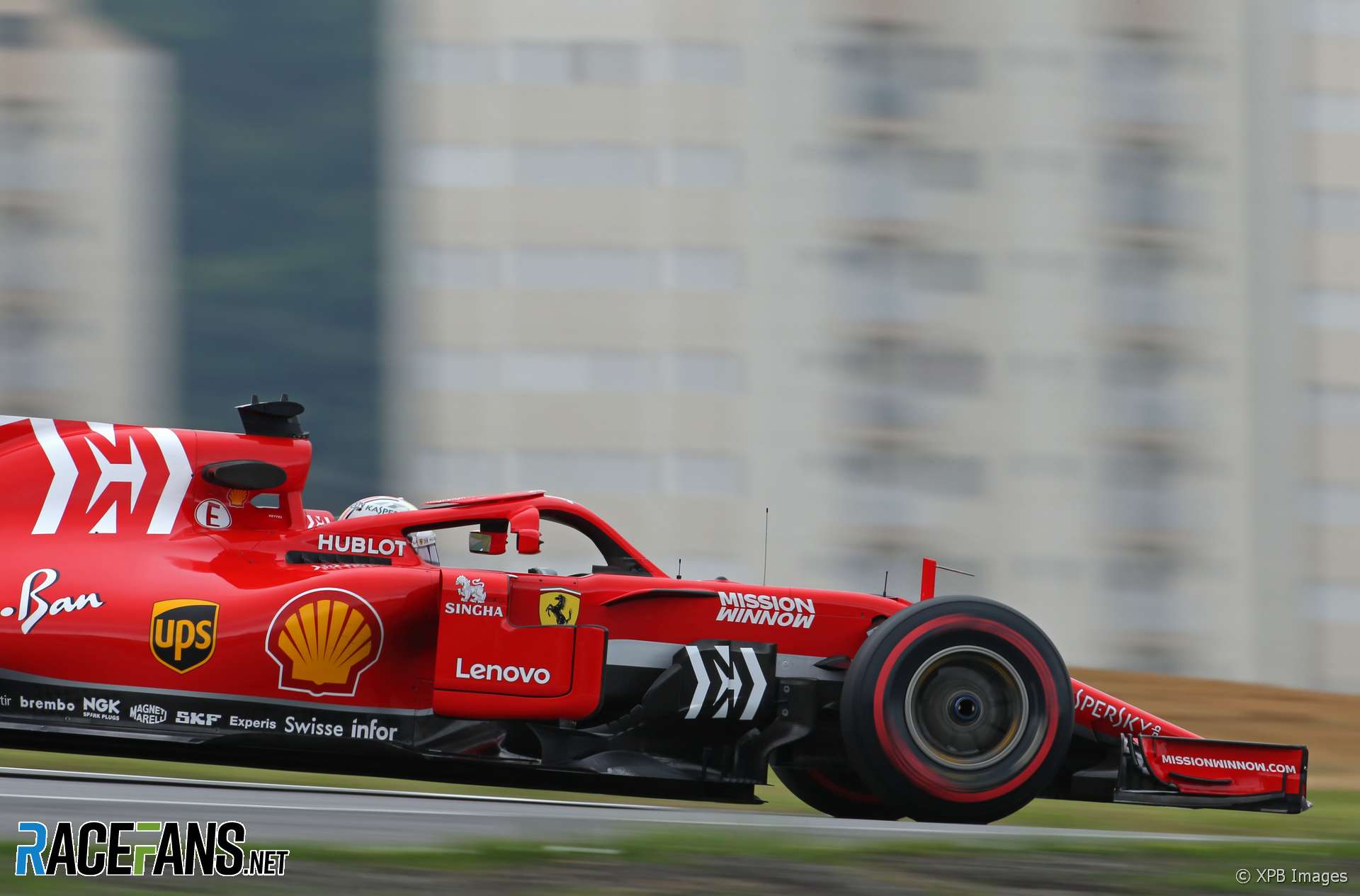 Sebastian Vettel was fortunately to avoid a penalty after his angry exchange with the FIA officials on the weighbridge during yesterday’s qualifying session.

But the reason he ended up there to begin with is also why he goes into today’s race in a potentially very strong position.

As rain began to fall in Q2 Ferrari, like all their rivals, initially sent both drivers out on the super-soft tyres. Although the harder, soft compound tyres were considered the best strategic option for the race, they were harder to get up to temperature in the damp conditions.

However both Ferrari drivers fancied their chances of getting through to Q2 on the softs. “It’s still drizzling,” said Vettel on his radio. Told the rain was going to stay at the same rate, Vettel replied “then I’m happy with option”, and pitted to switch tyres.

Mercedes team principal Toto Wolff believes this has won Ferrari a handy advantage for the race. “Ferrari took a big gamble in qualifying switching switching tyres when the rain was imminent,” he said. “And it paid off. They are on the on the more robust tyre for [the race].”

Although Hamilton can expect to get off the line better on his super-softs, Wolff expects Vettel to apply significant pressure during the first stint. “They have a disadvantage at the start but a big advantage over the first 10, 15 laps which in our models shows their most favourite.

“But again it’s it’s motor racing and anything can happen. We didn’t take that risk because we thought it was disproportionate. But I can understand that Ferrari, where they are now, the only way of really staying in the fight for the constructive championship is to do things differently and take risks.”

Hamilton will have to treat his tyres carefully to stand a chance of getting through the race with a single pit stop. But another factor also threatens to play into Ferrari’s hands: The weather.

“They say in the race there could be some rain,” explained Esteban Ocon. “It doesn’t say at the start.” Estimates vary as to weather rain will arrive after, during, or even before the race. But several teams believe a shower is likeliest around mid-distance.

Those starting on the super-softs – which are the Mercedes, Red Bull and Sauber drivers plus Romain Grosjean and Pierre Gasly – may have to stretch them out a long time if the teams suspect a rain shower is imminent.

Red Bull had better tyre life over a long stint on Friday and could offer more of a challenge to their rivals in the race, particularly if the rain does come. In the midfield battle, the rapid Saubers look set to wreck Haas’s hopes of taking a bite out of Renault’s lead over them in the constructors’ championship.

A significant question mark remains over Mercedes performance in race conditions as they struggled with tyre performance in the last two races. Meanwhile Ferrari look in a tactically strong position.

Will it allow them to keep their championship hopes alive? Ferrari need to score at least 13 points more than Mercedes to stop their rivals clinching the constructors’ title today.

Will Vettel stop Hamilton from scoring his 10th victory of the year? Are Red Bull quick enough to fight for victory? And who will win the closely-fought midfield battle?

Share your views on the Brazilian Grand Prix in the comments.