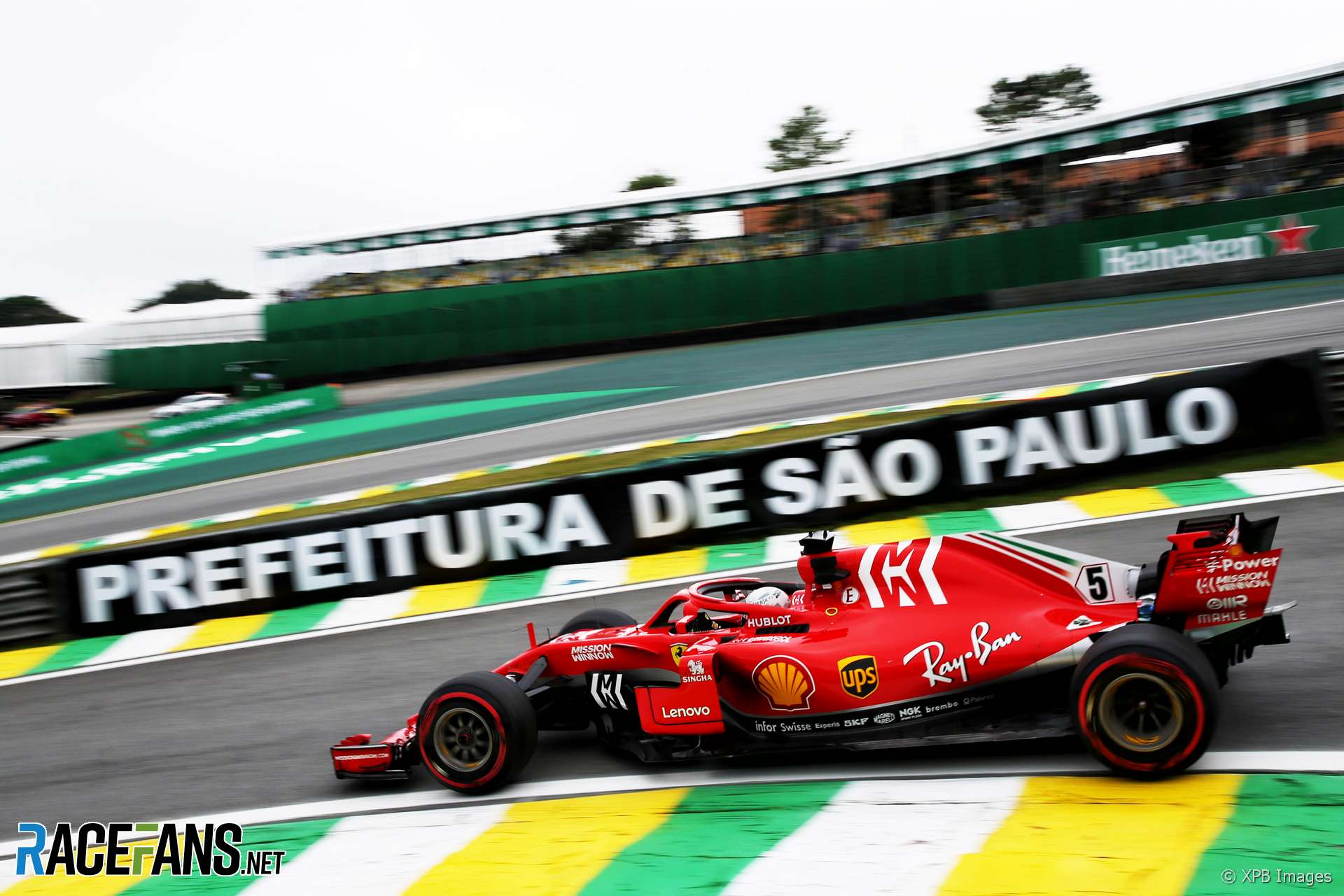 The FIA will not change Formula 1’s weighbridge rules in response to the complaints following Sebastian Vettel’s incident during qualifying last weekend.

Vettel was handed a reprimand and fine after driving away from the weighbridge under his own power, damaging the scales as he did.

The Ferrari driver admitted he was frustrated at having to wait at the weighbridge when he entered the pits during a rain shower in Q2 before he had set a lap time. Daniel Ricciardo said the FIA should change the rules so that drivers who haven’t set lap times yet are not brought in to be weighed.

At present the drivers who are weighed during qualifying are chosen at random. FIA race director Charlie Whiting says he sees no need to change that approach.

“I think all it’s done is reminded the teams that if they choose to do something like that then they run a risk. Two risks, really, in this case.

“The frist one obviously was the time they spend doing a lap which is a little unpredictable. If you add another minute to that for the potential of being weighed then you need to factor that into your decision.”

Whiting said Vettel happened to be caught out because of Ferrari’s “unusual” tactics in Q2, where both drivers did exploratory laps and then pitted to change tyres.

“What annoyed Sebastian obviously was being stopped. Ferrari did something slightly unusual. They went out one on type of tyre to explore the track as it were, came in, and there’s a risk.

“There will always a risk that you’re going to be stopped. They know that and they should factor that in. This is what I’m always telling the teams. It should be something that they say ‘if we do this, how is this is how long it will take, we might get stopped so we have to add a minute’. It’s something they should always factor in.

“And I think it’s completely random. It’s a system that we program to say ‘we’re going to stop the first car, second car, third car, so we don’t know which cars coming in. I think Jo [Bauer, FIA technical delegate] seldom tries to stop the first car that comes in because in a short qualifying session like that the first car could be a car coming in with a mechanical problem having just done a half a lap. But to see two cars come in for strategic reasons after one lap is unusual. It’s just the way it goes.”

Whiting admitted the incident had been unprecedented for the stewards. “A driver losing his temper and breaking the scales, it’s not something that we’ve come across, frankly.”