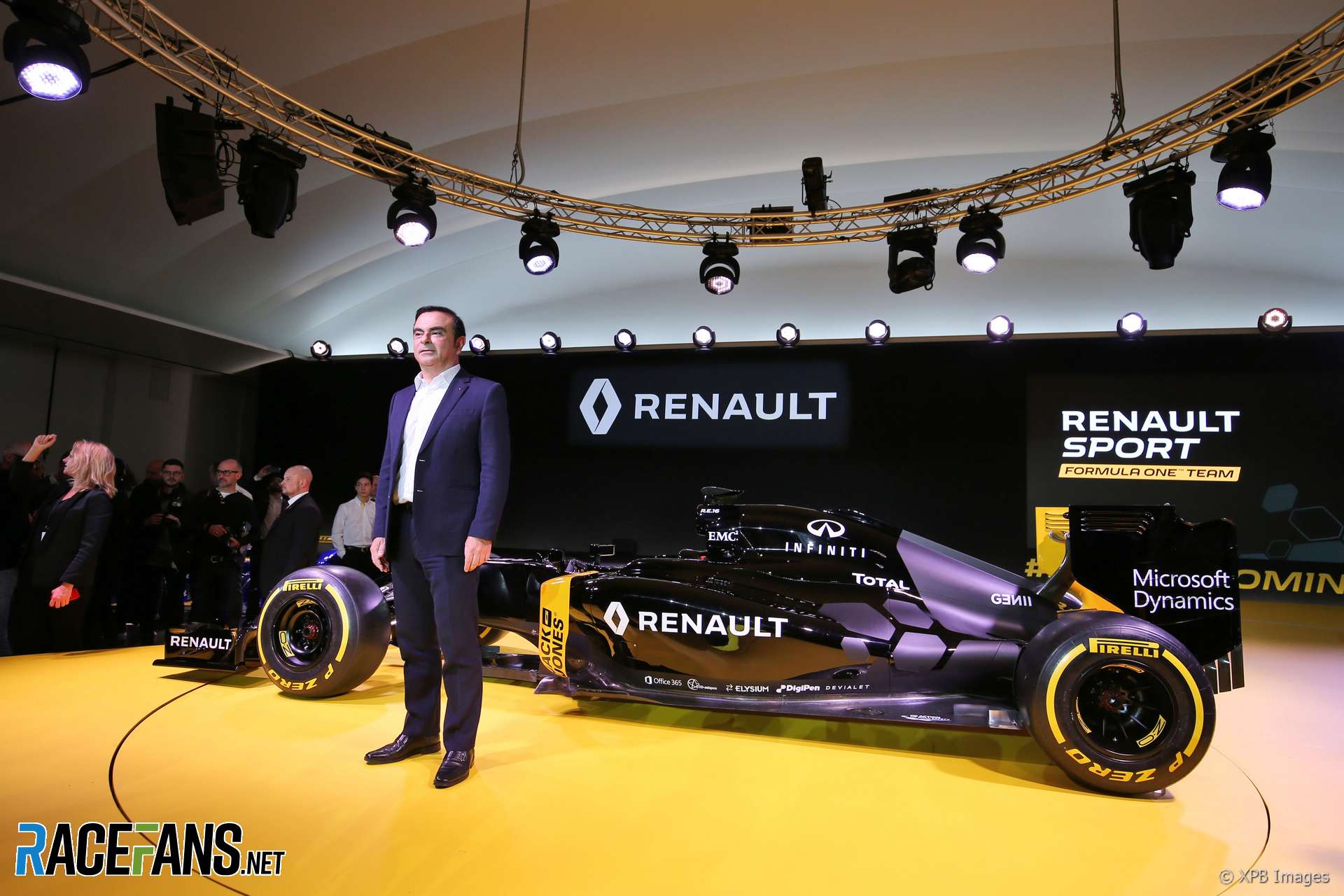 Renault team principal Cyril Abiteboul says he is not concerned for the future of its Formula 1 programme following the arrest of CEO Carlos Ghosn earlier this week.

Ghosn, a key supporter of Renault’s F1 team, was arrested in Japan on Monday over financial irregularities and subsequently fired by Renault’s alliance partner Nissan.

“Carlos Ghosn was instrumental in the decision to return in late 2015,” Abiteboul adnmitted, “but obviously it’s not just one man’s decision.

“It was debated at length in executive committee, at board level, and that was the decision of the company. We have been racing in Formula 1 for more than 40 years. We are part-way on the journey of a long-term plan. Six years to build the team, six years to hopefully challenge these guys. That’s where the focus is at the minute.”

Ghosn remains CEO of Renault but the company has appointed COO Theirry Bollore as interim chief. Abiteboul described him as “no stranger to Formula 1 – he has been a director of the board of the team since 2016.”

Abiteboul said there is a “continuity plan” for the company and “Formula One is part of this operation.”

“It’s an object and an activity which is well known, very visible and receiving lots of exposure with clear expectations of return on investment and contribution to the business,” Abiteboul explained when asked by RaceFans.

“The reasons we joined Formula One in the way that we joined back in late 2015 are still here today: for exposure, for technology development. There is no reason why those factors are suddenly going away in case of any development, for which I don’t want to speculate at this point in time.

“So if Formula One is still a good value proposition in the past, it has no reason not to be also in the future. I’m just saying that it will, in my opinion, be in our hands and this is where I will be focusing my efforts rather than in speculation. It’s in our hands to deliver the best possible result also for the best given cost to the company that will then continue to monitor this activity as an any other activity.

“I have absolutely no indication that for instance, Thierry Bollore is not keen on Formula One. Again, he’s a director of our company, has very good knowledge of what we are doing, so optimism, no scepticism, just focusing on facts and what we need to deliver.”