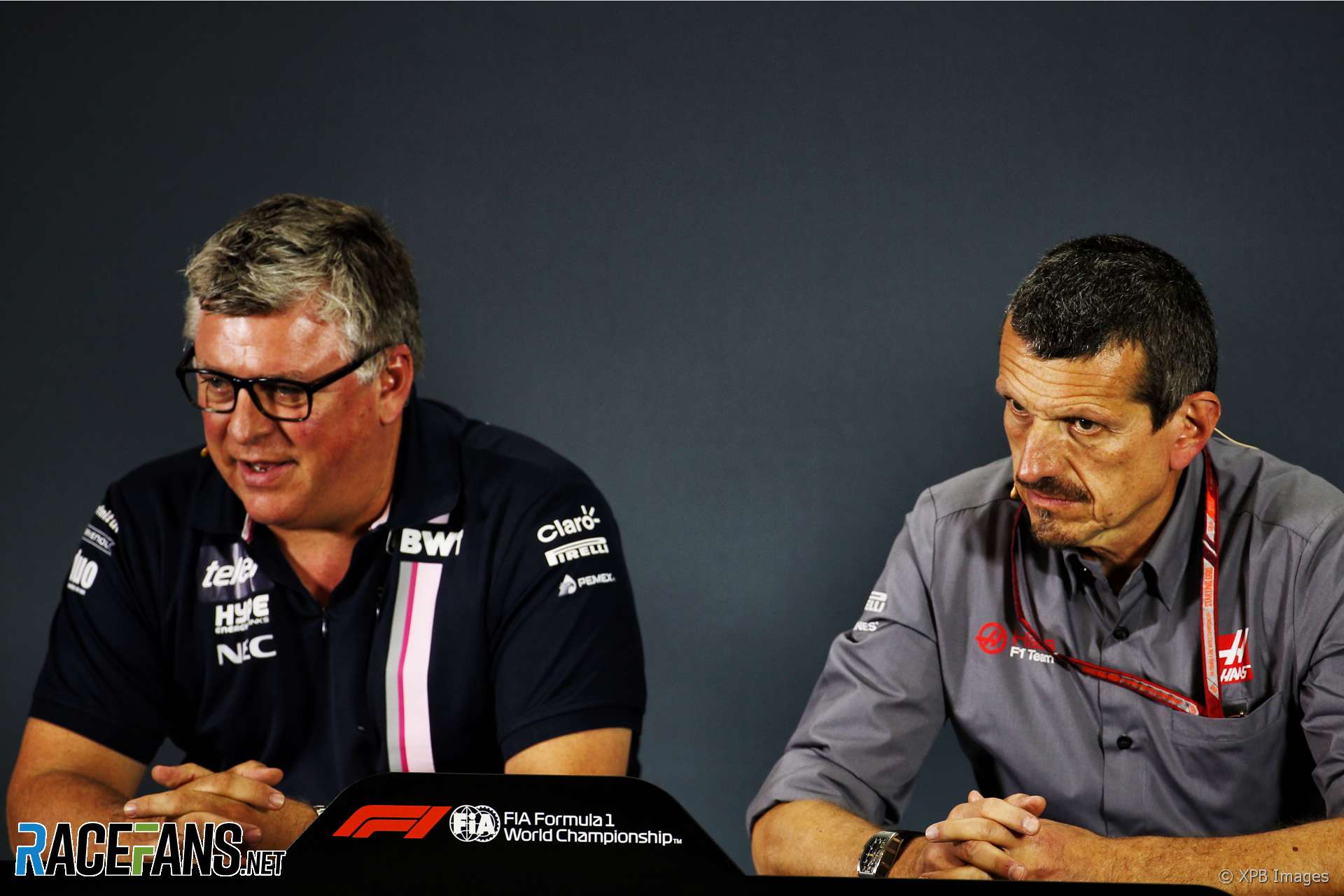 “The stewards decide to dismiss the protests lodged by Haas Formula One Team”, concluded the stewards’ verdict on the team’s case against Force India. But what looks like a defeat on paper may prove a victory in the long-term.

Contrary to the bottom line verdict in the Haas F1 Team versus Racing Point Force India (RPFI) matter – in which the former unsuccessfully alleged that the latter is not, in fact a constructor as defined within the FIA Formula One Sporting Regulations, and thus not an eligible in the 2018 F1 championship – Haas are the real winners here, for the stewards found that RPFI is a factually new team.

Team principal Guenther Steiner admitted this was their goal when he spoke to Sky after the verdict was handed down. “The argument was they are, in our opinion, a new constructor, because they came in with a new licence.”

F1’s commercial rights holder had previously decreed the resurrected outfit should be eligible for an equal share of F1’s Column One prize monies. These are paid only to teams that have finished in the top 10 in constructors championship in two of the previous three years. Clearly RPFI, a “new team” in the eyes of the FIA stewards, does not meet that criteria.

Therefore FOM faces two options. This first is it continues to honour its decision by including RPFI in Column One payments on a goodwill basis – although that has knock-on effects down the line, for each of the remaining teams then receives 11 per cent less in Column One monies for 2018/9 – and makes an ex-gratia payment of around $60m to Haas for monies not paid for 2016/7 as a new team excluded from the ‘two in three years’ clause.

This option, though, potentially costs Liberty at least 20 per cent of its projected 2018 bottom line profit. Imagine the impact of that on the FWONK share price…

In addition, one can foresee the remaining (eight) teams knocking on FOM’s door, seeking their shares of RPFI’s (thus irregularly paid) 2018/9 Column One amounts, totalling around $6.6m each over two years. Potentially another $60m…

Alternatively, FOM could withholds Column One monies from Haas and RPFI in line with bilateral agreements which stipulate the ‘two in three’ clause. But that may risk sending RPFI to the wall all over again, plus extended litigation with shareholders on the basis of commitments made. Of course, the exact substance of any commitment is (as yet) unknown, but was clearly sufficiently watertight for RPFI to accept the offer in the first case.

This messy situation could have been prevented through proper due diligence prior to the FIA and FOM rushing into what was clearly a flawed entry process in a haste to save a team within three weeks, a process which in turn held clear commercial and sporting implications – which had been foreseen here.

The Haas protest was only the latest stage in a dispute which has been bubbling beneath the surface since August. The final act is yet to play out.

The ultimate winner is yet to be decided. Who it will be isn’t clear: FOM potentially stands to shell out an unbudgeted $60m while losing enormous face in the process. RPFI could well forfeit its Column One monies and now faces an uncertain future even if its status as a constructors has been (reconfirmed). Haas has not yet obtained the $60m it had bargained on and has been widely, if unjustifiably, criticised within the paddock in the process.

In the meantime the saga illustrates once more the sad and sorry state in which the sport finds itself.

43 comments on “Analysis: Why Haas’s ‘defeat’ in Force India protest was really a win”