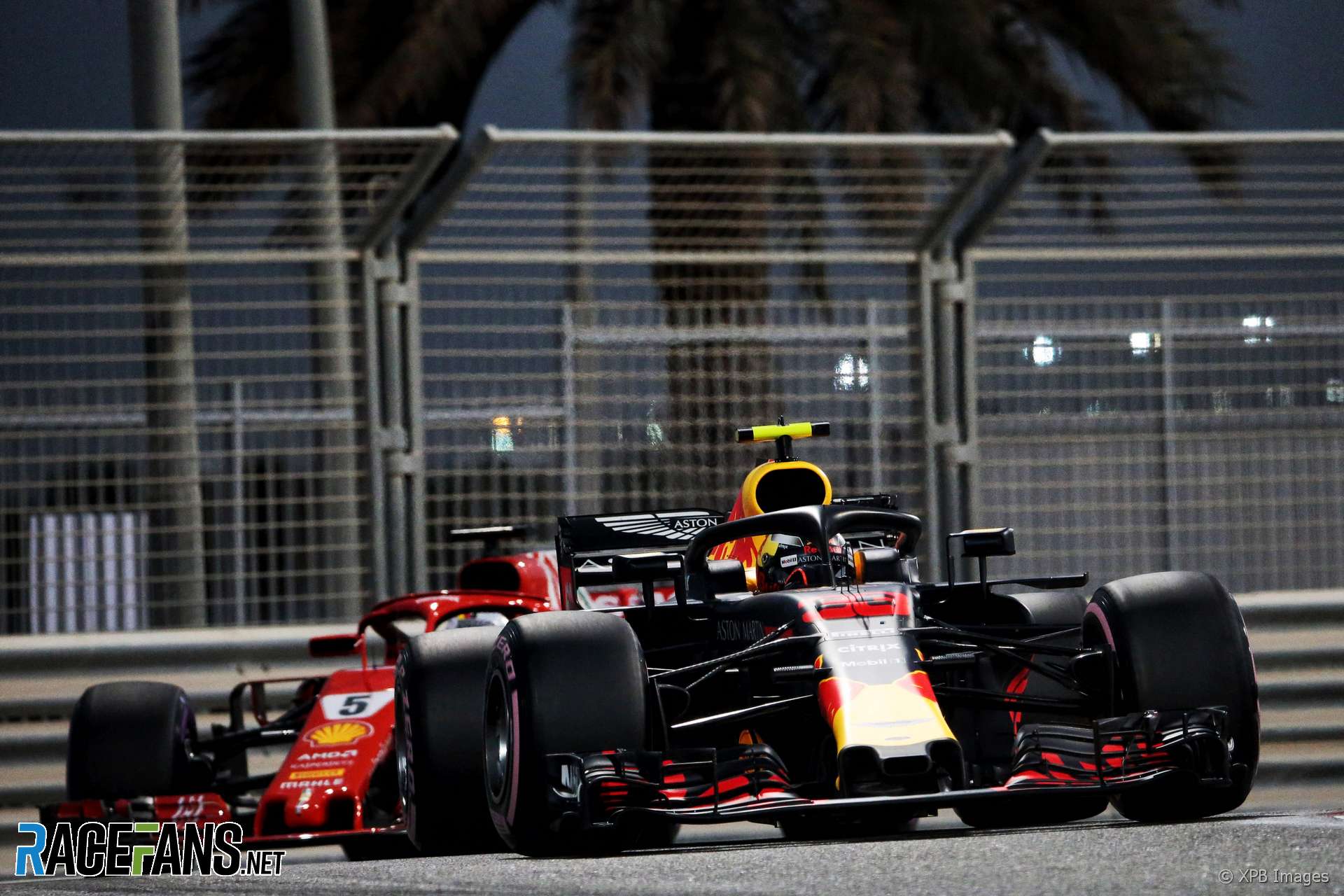 The Abu Dhabi Grand Prix could be another race of extreme tyre-management for the drivers who start on the hyper-soft tyre.

Pirelli suggests those drivers could have to pit as early as lap eight before switching to a set of super-softs and running to the end of the race. But will any of them be tempted to run a hyper-soft/ultra-soft strategy?

Nico Hulkenberg and Charles Leclerc used this strategy to good effect in Mexico, and have qualified inside the top 10 again. But this would require the kind of extreme tyre saving which drivers complained about to Pirelli at the last race.

The hyper-soft tyres require very careful treatment to get them in the correct temperature window. This was why Max Verstappen was deeply frustrated in Q3, and also why a slow-moving Romain Grosjean was nearly hit by Pierre Gasly in final practice.

Gasly’s team mate Brendon Hartley shed light on the lengths drivers must go to protect the hyper-softs. “We’re literally crawling on the out-lap to get the tyres in the right working window for the first time,” he said.

“If you exit the pit lane with the rears a little bit too high, that’s it. We’re going so slow on this out-lap to try and get these hypers in a window where they work that it’s very complicated to get everything to come together.”

Verstappen – the first driver on the grid on hyper-softs – and the four drivers behind him (Grosjean, Leclerc, Esteban Ocon and Hulkenberg) will therefore have to treat their rubber carefully on the formation lap. Get it right and they will potentially have a significant lap time advantage at the start.

But those starting immediately behind them with a free choice of new tyres will have an advantage, Hartley believes. “We jokingly said before qualifying that P11 is probably the best place to be, potentially avoid the hyper,” he said.

“The guys starting on hyper-soft will have some issues tomorrow. Ultra-soft potentially as well, but it will come much later. The super-soft seems pretty robust.

“It will be an interesting race strategy-wise especially for the guys starting on the hyper in the top 10. There’s a very big gap of performance from hyper to ultra on one lap. But after five or six laps the hyper’s already slower than the ultra. It’ll be interesting to see how that plays out.”

Barring technical problems, Mercedes appear to have the threat from their main rivals well covered. The biggest threat from Ferrari was that they might out-qualify them, and that hasn’t happened.

Red Bull’s recent strong form has rested on their ability to make their tyres last. Pole sitter Lewis Hamilton is wary of the threat they may pose.

“They’ll be strong tomorrow,” said the Mercedes driver. “They always are in the race. We’ve seen a pattern show over the year where they’re quick in early practice, when we get to qualifying they can’t keep up and then in the race, they come back

“It’s evident that they’re probably better than all of us at looking after their tyres and operating where they don’t have to manage the same as everyone else, whatever that’s down to, downforce, whatever it may be. So I’m sure they’ll be strong tomorrow.”

However Hamilton admitted the RB14s will find it difficult to get out from behind the Ferraris. “It’s not that easy a circuit to overtake,” he said, echoing Verstappen’s words after qualifying.

“And you know the Ferraris are very strong on the straight, so for them to propel past a Ferrari, I’m sure will not be easy.”

What’s more Red Bull’s tyre advantage is likely to be neutralised by the likelihood the front runners will be able to avoid the hyper-softs completely. Daniel Ricciardo believes that weakens their race prospects further.

“I’m happy I was able to get through Q2 on the ultras, that was our target,” he said. “But if I could have a wish, I wish we all were forced to do the hyper-soft because I think the others struggle more on that tyre than we do so I think that would have given us more of an advantage.

“The ultra is a bit more consistent and unless we see deg from that tyres tomorrow it going to be a bit more of a – I don’t want to say ‘predictable’ race, but maybe less [for us] to do.”

Sunday’s race will be the 10th race at Yas Marina, a circuit which has never produced a memorable race when there wasn’t a championship still on the line. Barring a surprise, this looks set to be something of a procession.

But perhaps a surprise is what we’re going to get. Some weather forecasts are now indicating that the thunderstorms which were forecast for Monday are now going to arrive a day early…

Will Valtteri Bottas finally take his first win of the year in the last race of the season? Do Ferrari or Red Bull ave anything for Mercedes?

Share your views on the Abu Dhabi Grand Prix in the comments.

6 comments on “Can Red Bull or Ferrari stop a final Mercedes rout?”