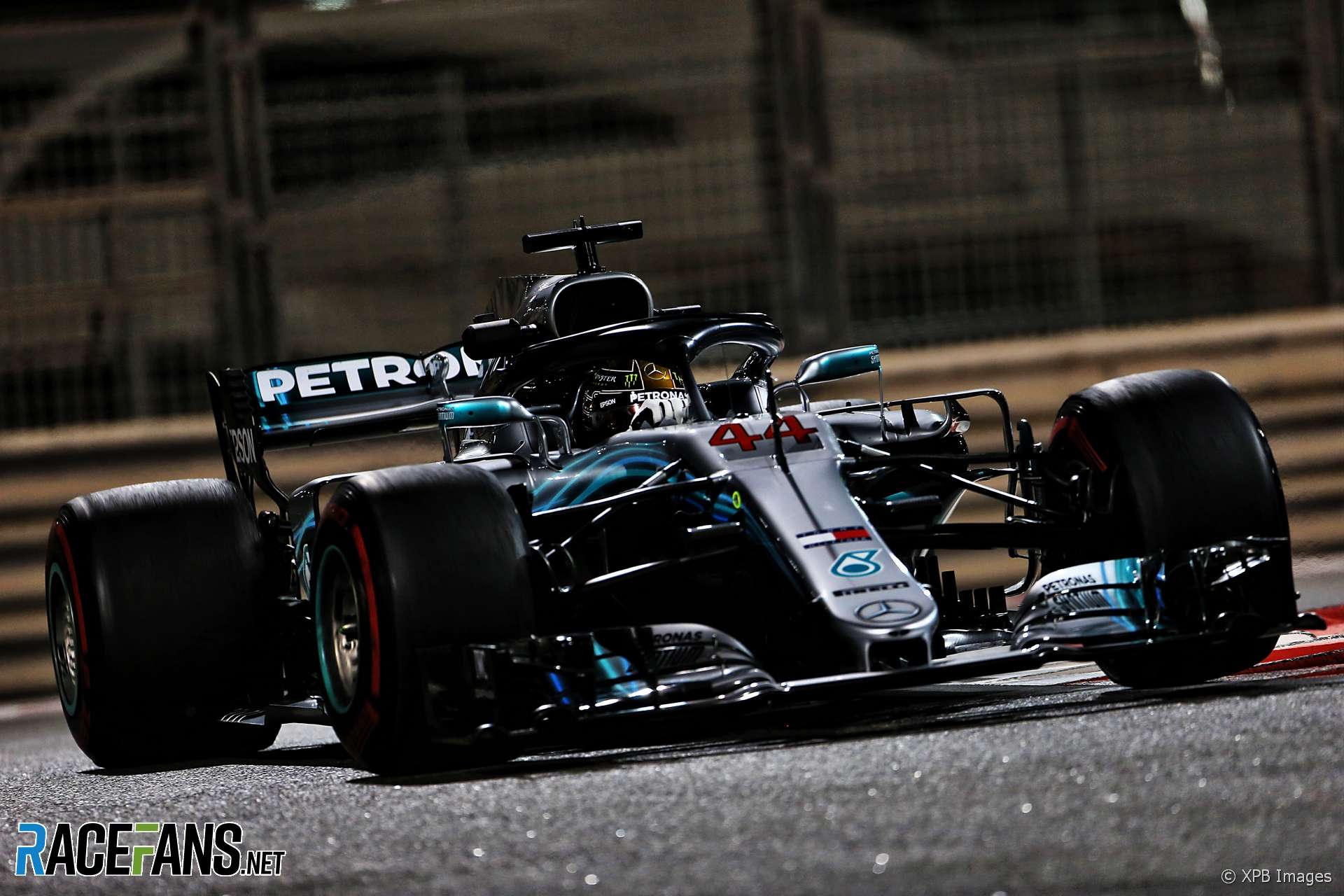 Lewis Hamilton took his 11th pole position of the 2018 season in Abu Dhabi as Mercedes swept the front row of the grid for the season finale.

Pierre Gasly was surely the unluckiest driver in the first part of qualifying. His Honda power unit let go as he approached the final corner of his final run, and although he crossed the line he narrowly failed to get a place in Q2.

Gasly lost almost a tenth of his second to team mate Brendon Hartley in the final sector. With that, he might have pipped Kevin Magnussen to the last place in Q2.

Fernando Alonso scraped through with his final lap: “That my friend is magic, well done<" congratulated his race engineer. That meant Alonso completed a perfect season of out-qualified team mate Stoffel Vandoorne. He was unable to beat the Toro Rossos and ended up with only the Williams pair behind him. Renault joined the 'big three' teams in gambling not to do a final run, and must've got a fright when they saw Charles Leclerc setting fastest times through the first two sectors. Carlos Sainz Jnr fell close to the drop zone but made it through along with his team mate.

According to Pirelli the ultra-soft tyre was supposed to be up to 1.4 seconds per lap slower than the hyper-soft, and the top teams were therefore unlikely to be able to get through Q2 using it. That wasn’t how it turned out, however.

Lewis Hamilton produced a scorching lap on the harder rubber, comfortably beating the track record for Yas Marina. and almost seven-tenths of a second than Bottas could manage on the same tyres.

That meant their rivals faced a tough call on whether to follow them. Vettel did, though he couldn’t get close to Hamilton’s time. Max Verstappen opted for hyper-softs and improved his time, meaning he will start the race on the softer rubber.

Daniel Ricciardo in the other Red Bull also went out on hyper-softs but he was one of the last to run. As it became clear not enough of the midfielders had found enough time on the hyper-softs to beat him, Red Bull made the smart call to abandon his lap, and his ultra-soft time from earlier in the session was the one which got him into Q2.

The remaining four places were taken by drivers from four different teams: Romain Grosjean, Esteban Ocon, Charles Leclerc and Nico Hulkenberg all reached the final Q3 of 2018, the latter despite being briefly delayed by a power unit problem.

With all drivers now on the hyper-softs, the first runs set up a thrilling fight for pole position. Hamilton, despite a scruffy lap, led the way, but the top six were covered by less than three-tenths of a second.

On his final run Hamilton cleaned it up and lopped half a second off his time. Bottas was the next driver through but could only find enough to join his team mate on the front row.

Vettel’s last lap started well – he was two-tenths quicker than Hamilton through the first sector and virtually matched him in the second. But in the final sector, where Ferrari had been struggling all weekend, he lost over half a second to the Mercedes and ended up third.

Kimi Raikkonen beat Ricciardo to fourth place by three-hundredths of a second. The Red Bull pair took up their customary places on the third row, Verstappen very unhappy with his tyre temperatures in Q3.

Grosjean declared himself very happy with his first run but Leclerc came very close to beating it as the pair claimed seventh and eighth. Ocon beat Hulkenberg to ninth place by two-thousandths of a second.