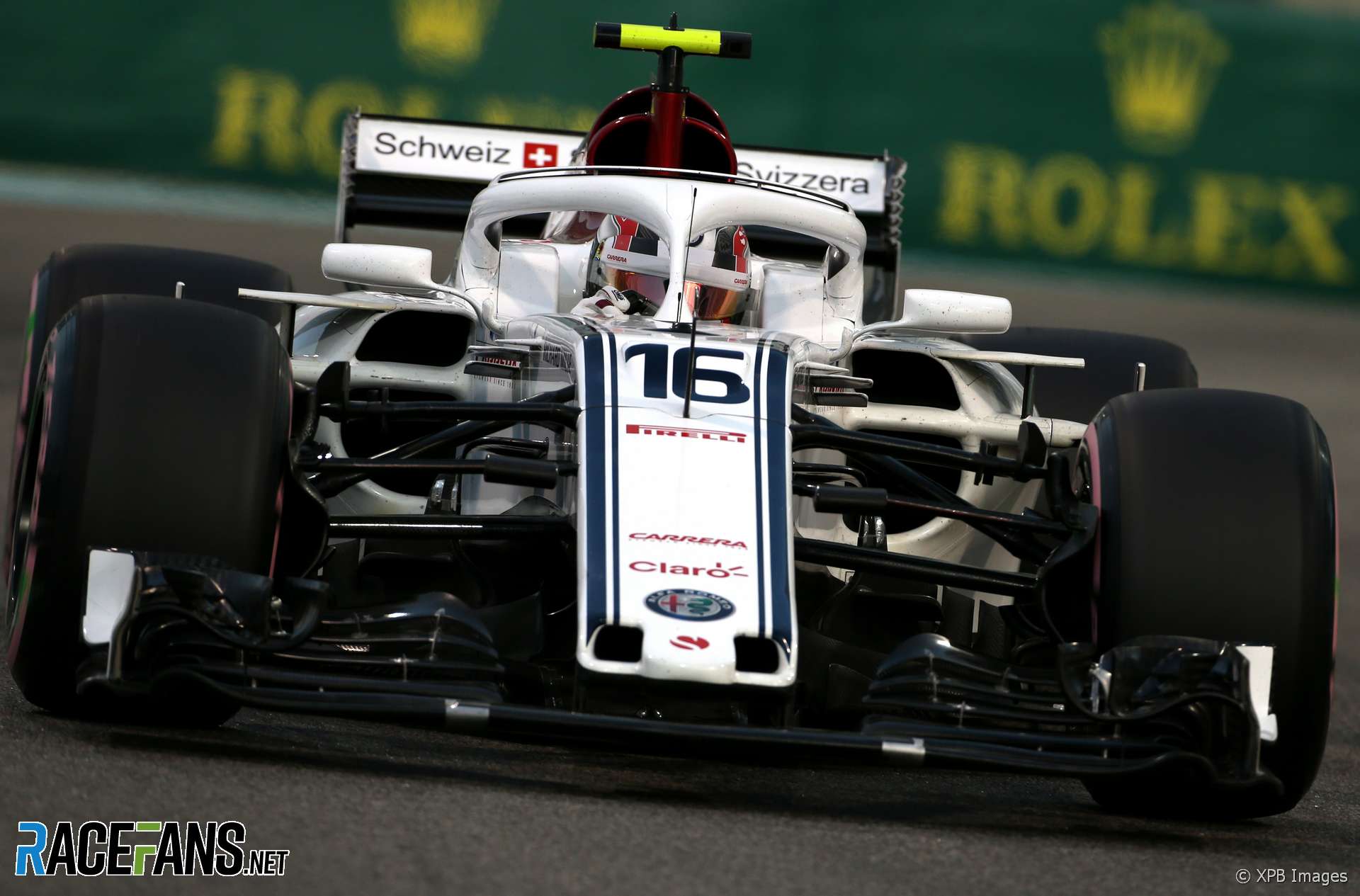 It’s been clear for some time, but qualifying for the Abu Dhabi Grand Prix cemented Sauber’s position as the most-improved Formula 1 team of 2018.

The C37 has been almost two-and-a-half seconds faster than its predecessor on average. Of course, the fact Sauber switched from using a 2016-specification Ferrari power unit last year to the latest kit in 2018 has helped a great deal.

But the team has made developments in other areas too – without which they surely wouldn’t have lured Kimi Raikkonen to drive for them next year.

Fellow Ferrari customer team Haas made the second-biggest step of any team this year. Averaging almost 1.9 seconds faster than they were last year, the team has consistently been at the front of the midfield group. However its failure to capitalise on that potential is why it is likely to miss out on fourth place in the championship to Renault.

The French manufacturer squad was last year’s most-improved team. This year was more middling: As well as Sauber and Haas, Red Bull and Force India also made greater gains.

Pulling further away from the opposition when you’re already setting the pace is never easy. Nonetheless Mercedes knocked 1.12 seconds off their lap times on average this year. Ferrari only did slightly better, managing a 1.19s improvement.

At the bottom of the pile are two former great teams, multiple champions both, who made the least progress this year. But there was a significant difference in scale between the plights of McLaren and Williams.

McLaren’s switch from Honda to Renault did not pay off as they produced a draggy, aerodynamically poor chassis. Nonetheless it was nearly a second per lap faster than the last of the McLaren-Hondas. Williams, however, were on average just 0.3 seconds quicker than last year. Indeed, across the 19 tracks F1 raced at in 2017 and 2018, Williams actually turned up with a slower car on eight occasions this year.

The lap time changes at Yas Marina were very typical of what we saw over the entire season. Sauber once again made the biggest gain while Williams couldn’t beat their best lap time from last year:

On average the fastest 2018 car at each circuit was 1.1 seconds quicker than it had been last year. The lap time gain at Yas Marina was slightly higher:

Lewis Hamilton set a new track record in qualifying for the 10th grand prix to be held at Yas Marina. He also took pole at the circuit’s first race in 2009, since when lap times at the track have fallen by 4.901 seconds.