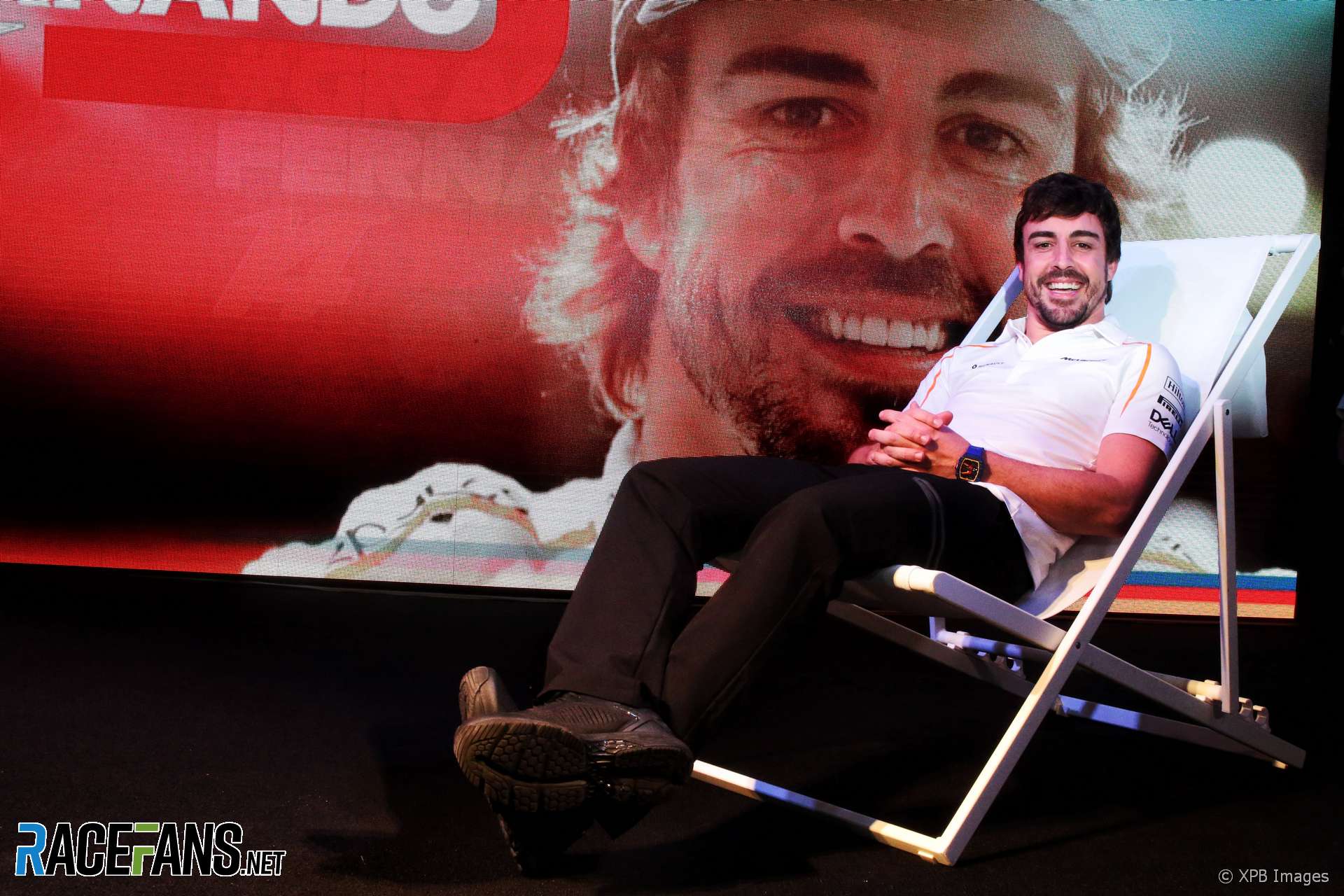 Sebastian Vettel has hinted he could follow Fernando Alonso to race elsewhere outside of Formula 1 in the future.

Alonso bowed out of F1 after today’s Abu Dhabi Grand Prix. He will race in the World Endurance Championship next year and return to the Indianapolis 500.

Vettel, Alonso and race winner Lewis Hamilton celebrated by performing doughnuts at the end of the race.

“Obviously Lewis won the race, it’s Lewis’s year so I think even if it’s tough, you need to accept that,” said Vettel.

“I was trying to gesticulate inside the car well done to him. I was asking him ‘let’s do some doughnuts together’. I’m not sure he understood because, in turn eight, I nearly ran him off the road!

“But then on the finish line I think we had the same thought and it was nice when Fernando joined as well, his last race, especially when it’s been a tough time for him.”

Vettel paid tribute to Alonso, who he beat to the championship in the final rounds of both the 2010 and 2012 championships, and suggested the pair may cross paths again.

“I think no one was ever in doubt of his talent and skills. It will be interesting to see what he’s up to in the next years.

“Maybe one or more of us will join him in whatever he does in the future, we’ll see. We’re all getting a bit older. But for now I think we’re quite happy here so he can go ahead and try first.”

23 comments on “Vettel: ‘Maybe one or more of us will join Alonso’”