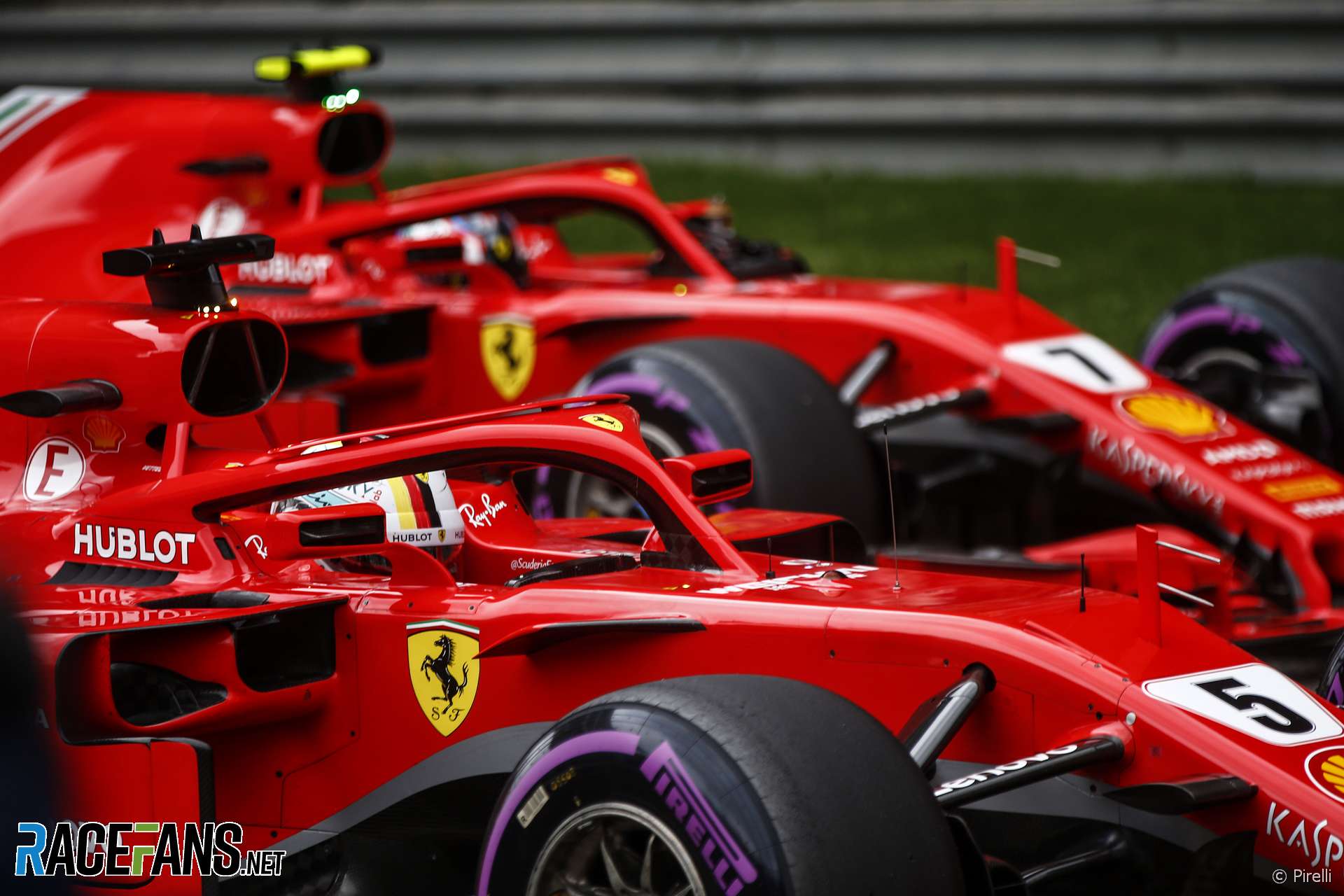 Does Ferrari’s decision to drop Kimi Raikkonen say more about him, his incoming replacement – or his team mate?

After all Raikkonen performed more convincingly alongside Sebastian Vettel this year than he did last season. Each finished ahead of the other eight times, and Raikkonen’s share of Ferrari’s points total rose from less than 40% to 43.9%.

But perhaps that just serves to indicate Vattel’s points tally should have been higher. After all, he blitzed his team mate 17-4 in qualifying, but had Raikkonen’s car not broken down in the final race, Vettel would have ended the year with fewer podiums than his team mate.

Bringing Charles Leclerc on board for the 2019 F1 season is an atypical move for Ferrari, who tend to prefer a stable line-up of experienced drivers. Will Leclerc do to Vettel what Daniel Ricciardo famously did at Red Bull in 2014?

With the change, Ferrari runs the risk of losing the harmonious relationship it enjoyed between its drivers. Whenever he was asked Vettel, heaped praise on Raikkonen

But Vettel’s remark there was “no rush” to bring Leclerc in showed he was quite happy with the status quo. As well he might have been because even in a season which does not rank as one of Vettel’s best, he still held the upper hand.

Faced with the supreme challenge of defeating Lewis Hamilton at the peak of his powers, Vettel may not welcome the arrival of a hungry young charge in the garage next door. Next year’s contest at Ferrari will be riveting.

The table below shows at which races Vettel qualified or finished in front of Raikkonen:

34 comments on “2018 team mates battles: Vettel vs Raikkonen at Ferrari”