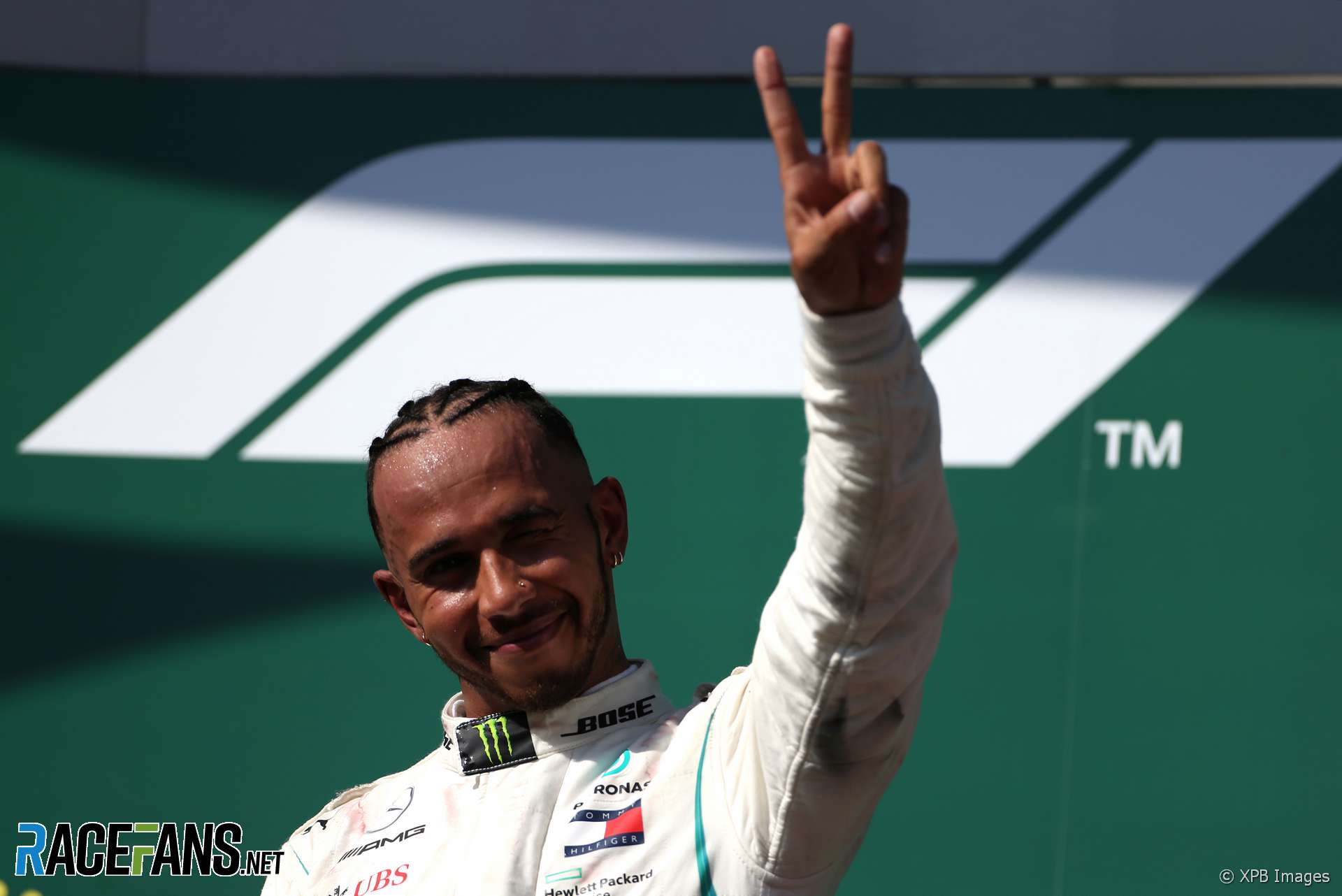 In the five years since the V6 hybrid turbo era arrived, this was the hardest challenge for Mercedes yet. The competition were closer – often faster, in the case of Ferrari. Lewis Hamilton looked off his game over the opening races.

But once he clicked with the W09 he was unstoppable. Hamilton dominated the second half of 2018: having won three of the first 10 races, he only only lost three of the remaining 11 rounds. On the way he put a lock on his fifth world championship title.

He should have started the season with a win in Australia, but an error on the Mercedes pit-wall meant he followed Sebastian Vettel home instead. The Ferrari driver wquickly shored up a point advantage which looked worrying for Hamilton, but he struck back with wins in Azerbaijan (a lucky one, as he’s lost position to Valtteri Bottas, but inherited the win when debris put his team mate out) and Spain (where he was in control).

Weekend like Canada and Austria, however, showed he had a real fight on his hands. At Silverstone he dug deep, produced a brilliant lap for pole, but spun his wheels at the start and was bundled off by Kimi Raikkonen. Undeterred, Hamilton fought back and took a fine second place.

Better was to follow in Hockenheim where he was confined to 14th on the grid by a technical problem in qualifying. A mid-race rain showed offered him the chance to close in on the leaders and he was taking seconds a lap out of Vettel when the Ferrari driver crashed out. He avoided a penalty after making an 11th-hour call not to pit and found himself in the lead when the race restarted. He held Bottas off for half a lap before the team intervened, called off the fight and guaranteed Hamilton’s victory.

He was on a role. Ferrari were quicker in Hungary but it rained in qualifying and Hamilton took pole. With the Ferrari drivers taking time to get ahead of Bottas, Hamilton clung on to win.

He couldn’t keep Vettel behind at Spa, but Hamilton won the next four in a row, leaving the championship a foregone conclusion. Singapore was a highlight: On a track which has been tough to Mercedes in recent seasons, Hamilton delivered a stunning lap for pole position and controlled the race.

Mercedes felt the pressure from their rivals again late in the season, but Hamilton knew he only had to keep out of trouble and the title was his. Sure enough, fourth place in Mexico sealed the deal. Yet in a break with past seasons, he won the final races for good measure, ensuring Mercedes another constructors’ title, and ending an almost flawless season in the best possible way.

After a not-bad beginning, he started to put great performances, specially with the comeback in his home turf. But obviously Germany was the first key. His pace with new tyres under the slight rain was legendary, and winning from 14th is historic. Great poles in Hungary and Belgium led to another epic win in Italy without the fastest car and that lap in Singapore sealed the championship. Still he rises, still the best.
@DiezCilindro

What’s your verdict on Lewis Hamilton’s 2018 season? Which drivers do you feel he performed better or worse than? Have your say in the comments.