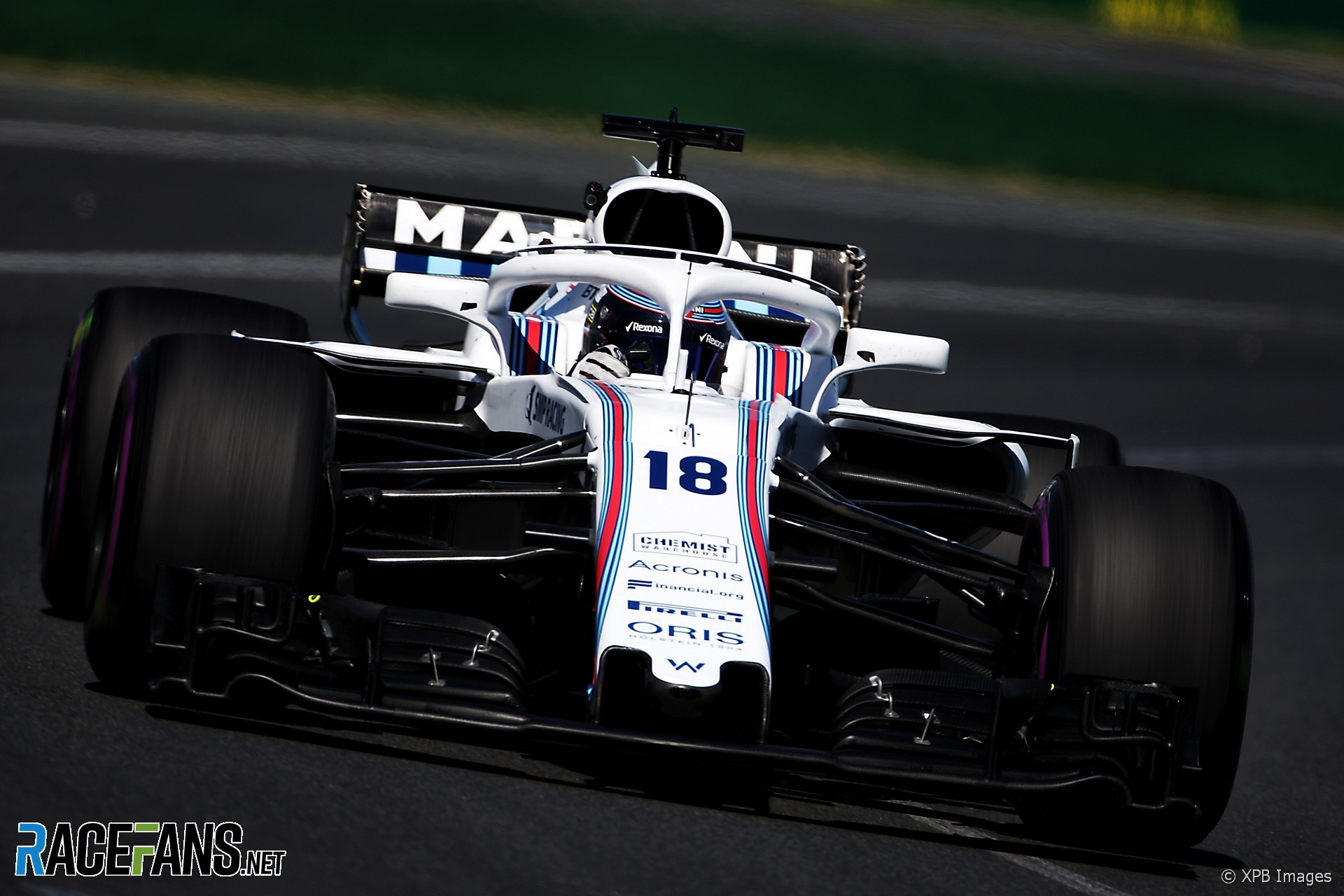 After fighting for fourth in the constructors’s championship last season Williams never looked like ending 2018 anywhere other than last.

“It’s been very frustrating for everyone,” admitted Lance Stroll, the team’s leading points scorer, at the end of the year.

“We all come to compete but this year we haven’t really been competing. It’s been more of a participation season rather than an actual season of competition.”

The FW41 was intended to be a significant departure from its predecessor. It was, but in the worst way possible. The team realised they were in trouble within the first few minutes of pre-season testing, according to chief technical officer Paddy Lowe. The car’s shortcomings, he said, were “everything from suspension to tyres and everything else – it’s always multi-dimensional”. There was no quick fix and the team never found a long-term solution.

Deputy team principal Claire Williams owned up to the depth of the team’s plight. “You don’t get to tenth without having a number of issues,” she said. “It’s probably clear to see that our aerodynamic package is the key to that”. The team’s inexperienced driver line-up was resigned to coping with one of the worst cars Grove has produced. Both complained it was difficult to drive with poor stability at corner entry.

In Melbourne, Williams were already the slowest team on the grid, a situation which persisted for much of the season. Indeed, at eight of the races this season they were slower than they had been last season and on average they only improved by three tenths per lap over 2017. They scored points on just three occasions. It was clear from an early stage they had little to gain from concentrating on their current car, and what upgrades they did bring had a modest effect. By the end of the season they were scrapping with McLaren for the minor places.

The nadir came at the team’s home race. Around the flowing sweeps of Silverstone, following an upgrade aimed at tackling their lack of performance,both cars suffered from aero stalls when the DRS closed. Stroll and Sergey Sirotkin spun in qualifying and were forced to start from the pit lane after reverting to the previous specification wing. Despite this problem over the course of the whole season reliability wasn’t an issue.

There were few positives to take from the season. Mercedes power meant that they were at least competitive at Monza and Baku. The latter has historically been a strong track for the team and it was here Stroll claimed their first points of the season. He was joined by Sergey Sirotkin in the points at Monza thanks to Romain Grosjean’s disqualification.

“We’ve still had out little highlights along the way,” said Stroll. “I know they’ve been hard to see from an outsider’s perspective because we’re battling for 12th, 13th, 14th, 15th if not 19th, 20th every weekend. “But there’s days when we did pick up a couple of points: in Italy, in Azerbaijan. I got into Q2 those few times, those are the highlights throughout the year.”

Considering their lack of performance on the track it barely mattered that their pit stops were among the best in the field. This has been a strong aspect of the team for the past few years – in 2018 tied with Mercedes by the most fastest pit stops with six apiece.

Heaping misery upon misery, the team lost several key members of staff. Long-time chief designer Ed Wood stepped down for “personal reasons” in May and head of aerodynamics Dirk De Beer left around the same time. At the end of the year head of performance engineering Rob Smedley also moved on, and is tipped to reappear at another team.

Tough choices had to be made, Claire Williams admitted. “In order to effect change, you need to make changes and you need to make some hard decisions,” she said. “We’re going through that process at the moment but it’s not a case of rushing into it.”

But the team’s commercial setbacks were perhaps most troubling of all. Lawrence Stroll has taken his millions to Force India, though this is suspected to involve a pay-off, and has allowed the team to replace his son with a more well-regarded driver. Sirotkin’s exit means a loss of funds from SMP Racing as well, though Robert Kubica has brought backing from PKN Orlen and the arrival of Mercedes junior George Russell means cheaper power units.

Title sponsor Martini has also departed. Claire Williams is putting a brave face on it. “We’re a strong enough brand to be able to stand on our own two feet,” she asserted, adding “I don’t care if it’s a title sponsor that comes in to replace them or it’s 10 partners that give us a million quid each – as long as we have the budget to go racing, then that’s all that matters.”

Williams’ slump to 10th in the constructors’ championship is the lowest they have ever finished a season. Is it now a case of ‘the only way is up’? Lowe believes the pain 2018 has led to some useful self-examination at Grove.

“It’s been a very difficult year for Williams. Extremely difficult. But in many ways, which sounds curious, it’s a good year because it’s provided a context and reason and a motivation to make significant changes to how we do things.”

The final race of the season saw the team qualify in the bottom two places for the fourth time in 2018. “We don’t want to do [it] again,” said Lowe, “it gets people’s attention that there’s a lot of work to do.

“It’s not trivial work, it’s not some small thing that gets you. There are substantial changes needed in the company to get us from here to where we want to be towards the front. And I don’t think that mindset has been present for many years in the team, if ever.

“That is the mindset that’s necessary. Williams is a team of great heritage, 41 years now in Formula 1, some terrific success, but almost all of it in the first 20 years. That history and that heritage is both a great asset for us and it can also be a burden because for every bit of experience comes with sometimes an inability to consider change. And Formula 1 is characterised as a very fast-moving business.”

One of the sport’s most historic teams faces an immense challenge just to get back into the midfield fight next year. The pressure on Lowe and his team to turn things around after this disaster of a season will be enormous.

41 comments on “Williams was ‘participating, not competing’ in 2018”