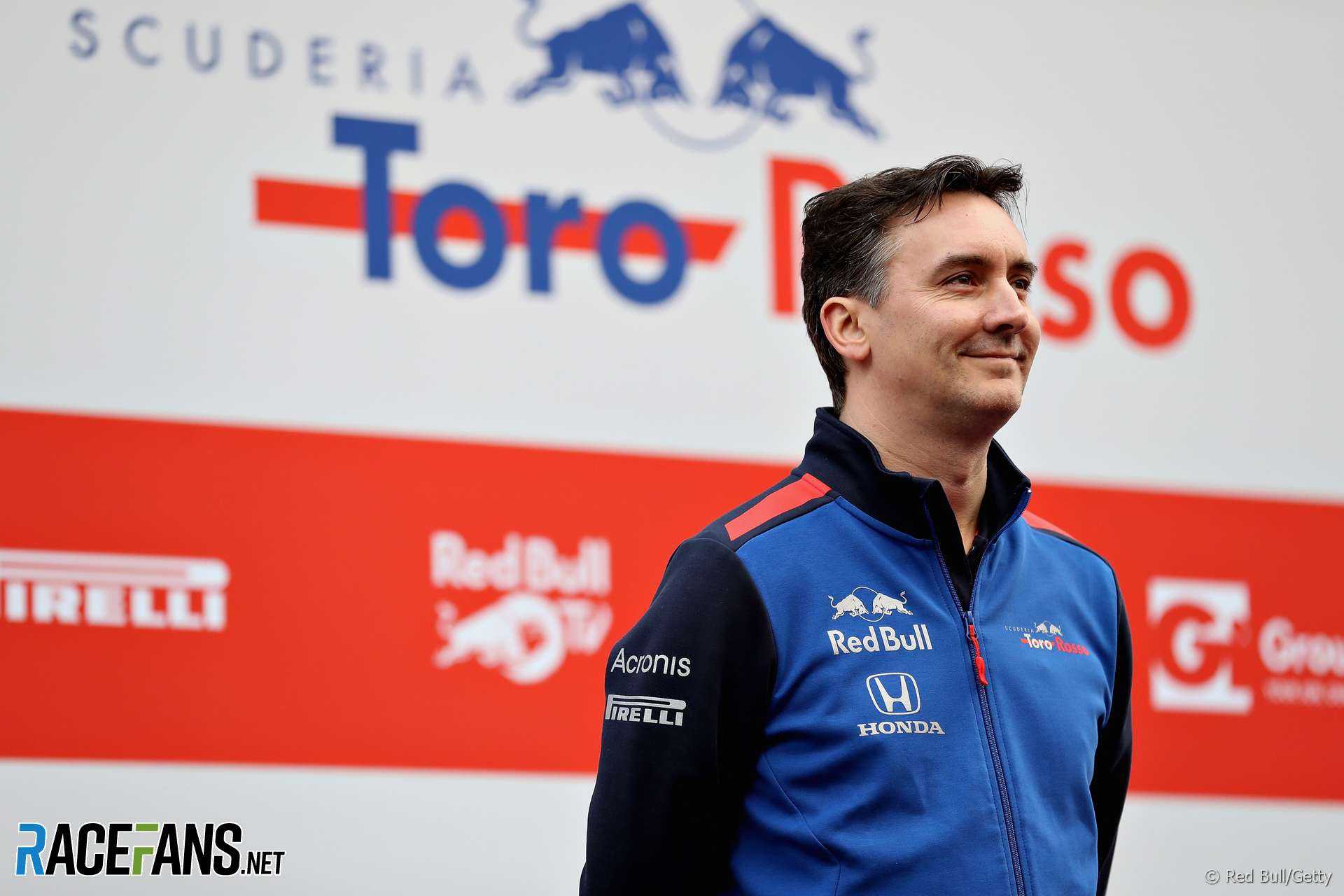 In the round-up: McLaren Racing CEO Zak Brown believes the team’s incoming technical director James Key will arrive early enough to be able to aid the development of next year’s car.

McLaren expects Key to arrive from Toro Rosso during the 2019 F1 season:

[Regarding] James Key, we are in active discussions. I would characterise those discussions towards the end of coming to a positive conclusion for all parties.

I anticipate that James will join us in sufficient time next year to help influence the progress of next year’s car and ultimately the development of 2020 so we will share that news as soon as we have news, but anticipate being able to share something early in the new year.

The year is almost over and I'm already looking forward to some exciting changes in 2019.. but for now it's time to thank Carlos for the great teamwork! Good luck at @mclaren, my Cabrón 😉. I'll keep an eye on you 👀✌🏼 pic.twitter.com/E43adwWgsf

Happy to welcome a Vietnamese delegation to the @FIA today to present me with the project for the future @F1 Vietnam Grand Prix#F1 pic.twitter.com/1uMcYO0VS6

"Drivers rely on opening up the rear wing and pass someone like you do on the highway. There’s no battle. Fans don’t come back from a race and think, 'Oh, that move was amazing.'"

"The key point was the race performance in Canada. We were able to prove we could step forward to a certain level and were able to get trust from Red Bull."

Would points deductions be better than grid penalties for drives who use too many power unit components? @Stefmeister says no:

The problem with points penalties is that it hits some teams far worse than others and the teams it hits the hardest are the one’s that can least afford it.

For instance Red Bull were about 160 points behind Ferrari and nearly 300 ahead of Renault so could have taken a dozen points penalties and not felt it. Meanwhile behind them teams were much closer and for some losing 5-10 points has a big effect as don’t forget where they finish in the constructors standings decides how much prize money they get. Also consider that the smaller teams are buying engines, gearboxes etc… so it’s also seen as unfair on them to take points away for something they are been supplied by a third party failing.

The reason they went with grid drops when the long life components were first introduced in 2004 and why they have stuck with them for so long is because nobody has come up with an alternative that works. You need something that discourages the big teams from throwing new engines etc… in the car every day/weekend but which also doesn’t hurt the smaller teams the rule was brought in to help in the first place.

It’s something that has been looked at dozens of times over the years by the FIA, FOM, Liberty and the teams yet nobody has ever come up with an alternative that works.
@Stefmeister