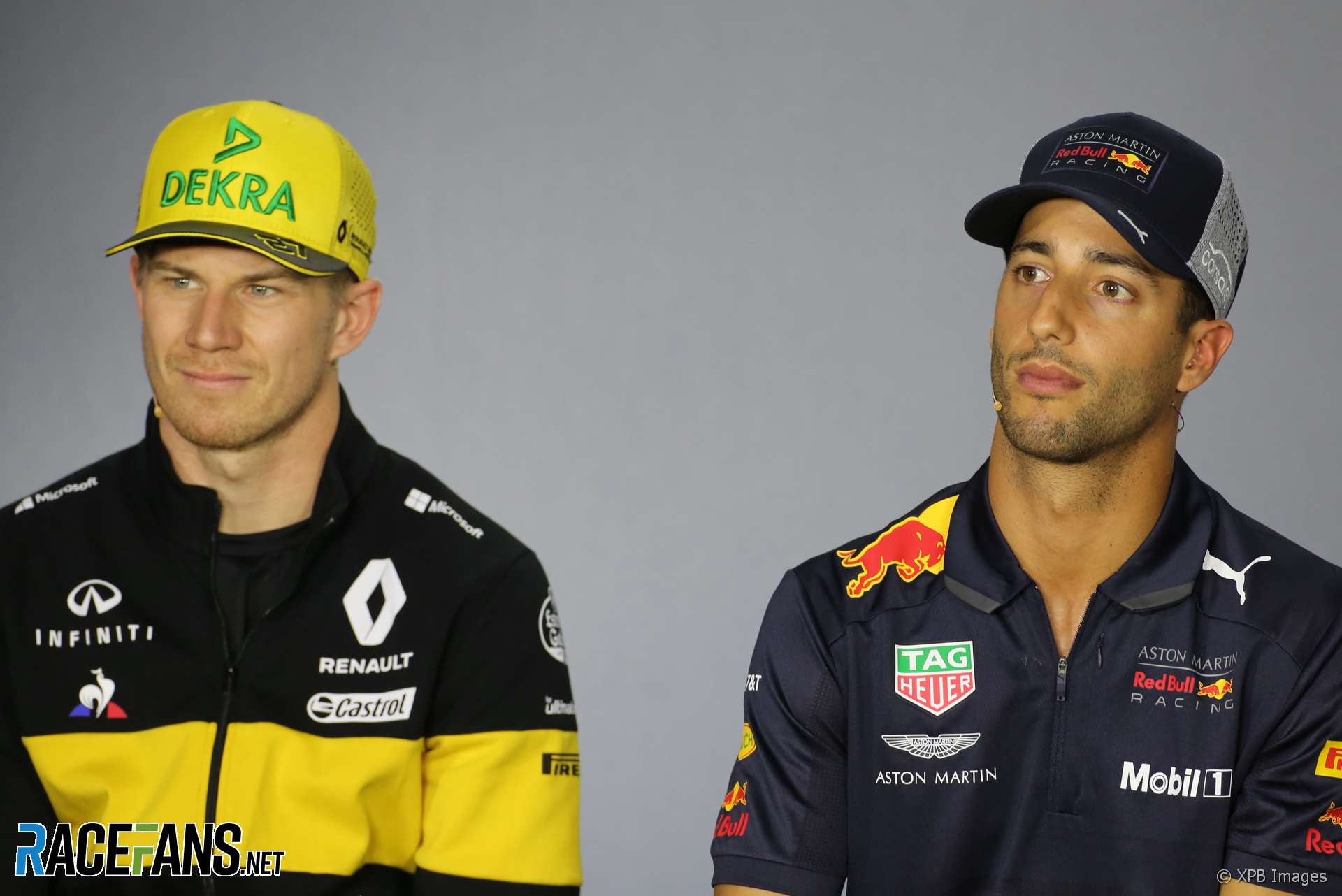 In the round-up: Nico Hulkenberg says he can give Daniel Ricciardo a run for his money at Renault this year.

Hulkenberg is going into his third second at Renault with his third different team mate this year:

I have to be at the top of my game, I would say. I don’t think I have to raise my game.

I always feel that I want to get everything out of myself and if I do my homework right usually I perform pretty well and it’s enough to beat my team mate but for sure with him coming it’s a big challenge.

He’s fast, he’s good in all the aspects, he’s a grand prix winner, a multiple one. I just have to work at my very best and be hungry and consistent.

This year’s Chinese Grand Prix will be the 1,000th round of the world championship – the logo to be used for the event can be seen above (image courtesy of Jun Qian).

Looking forward to race with the legends @zanardiofficial @rubarrichello ! I respect you a lot my friends!! ✊️👏🏻 #racers #inspiration #respect #friends #daytona

"Long term, when all the rules, change, hopefully we will be one of the greatest teams in the paddock."

"If I look at our capacity to engineer, to develop, design and manufacture, it is an acceleration everywhere."

"We are very motivated by having equalled the Ferrari all-time record of five consecutive double championships and there’s a sixth one that is there."

"Nico Rosberg’s hyper-competitive relationship with Hamilton 2013-16 has almost certainly played a part in Ricciardo finding himself at Renault for the next two years rather than contesting world titles."

Did Mercedes try to have it both ways in Sochi?

Out of all people who sympathised for Bottas, only Hamilton seems to be genuinely disappointed and rues it. I’ve never been a Hamilton fan but I admire his ethics from past few years.

Mercedes botched up big way in handling this. Either do it or don’t do it and stick to it and have both parties toe the line. Don’t try to be on either side after that to show it was a difficult choice. Fans understand it.
MB (@Muralibhats)

51 comments on “Hulkenberg: “I have to be at the top of my game” against Ricciardo”