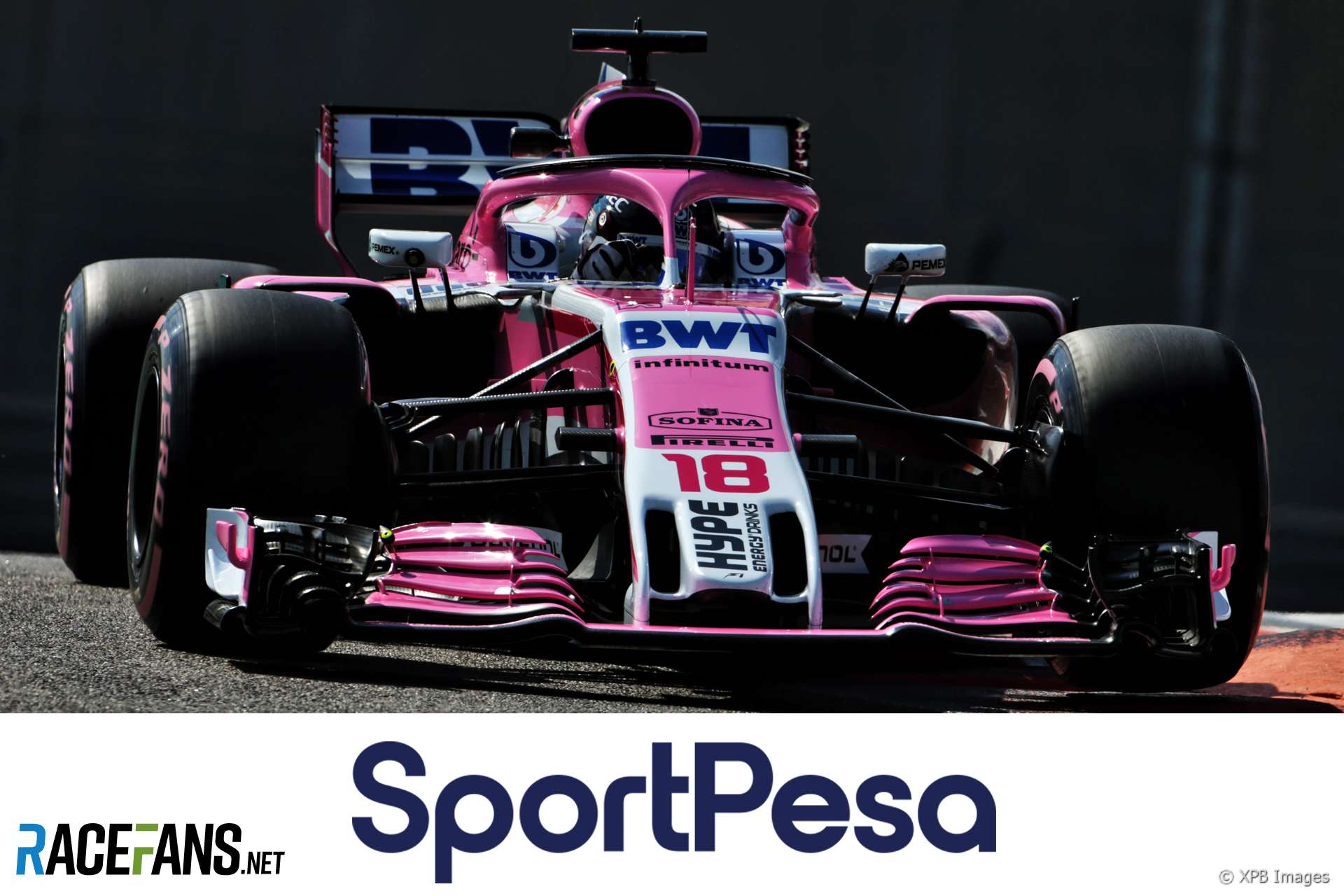 The team, previously known as Force India, has agreed a two-year deal with an option for a further season. Racing Point plans to unveil its new sponsor at its season launch at the Toronto Motor Show on February 13th.

A source with knowledge of the situation indicated the deal will be a title sponsorship arrangement and said terms had been agreed at well below the market rate for the level of exposure SportPesa will receive on the team’s cars. SportPesa is understood to be paying $8 million for its first year followed by $10m in 2020 and a further $12m if they remain for 2021.

SportPesa is an online sports betting platform with operations in Africa, the United Kingdom and Isle of Man. The brand was first launched in Kenya and derives its name in part from ‘Pesa’, a Kiswahili word meaning ‘Money’.

It is not known whether previous sponsor BWT, which was contracted under the team’s previous owners, will continue as a partner. A spokesperson for Racing Point refused to comment on either SportPesa or BWT.

The news follows last year’s announcement by Formula One Management that it had appointed an official gaming partner. Interregional Sports Group will offer live betting on F1 sessions.