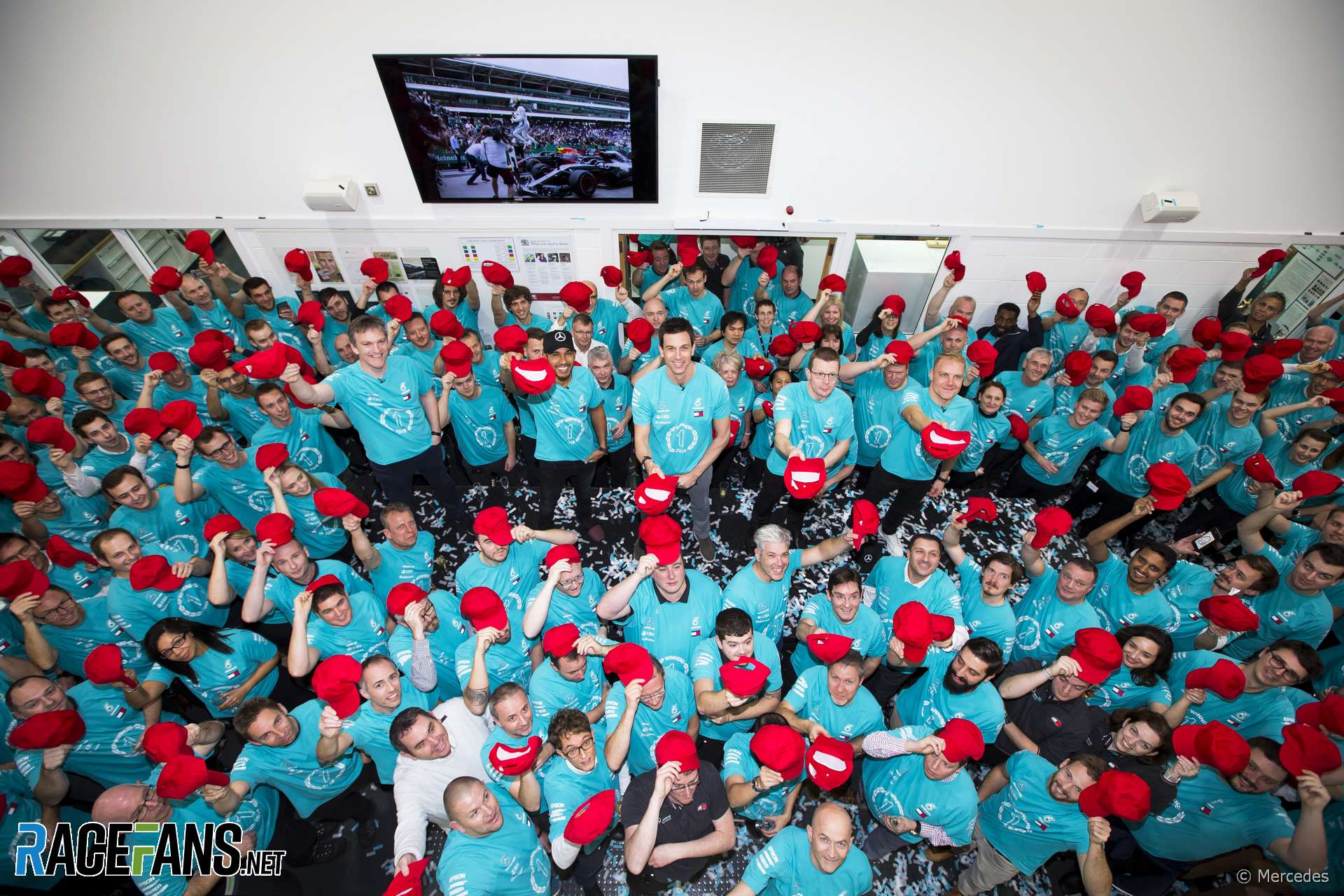 In the round-up: Williams chief technical officer doubts the team will be suffering from a loss of motivation as it aims to continue its streak of Formula 1 success.

Mercedes are aiming for their sixth consecutive sweep of the championship titles this year and the team’s former executive director for technical sees no sign they my relent:

It’s always very difficult to maintain motivation to continue to win when you’ve already been doing it. I think that’s a problem we already faced when I was there before. I think they have the right approach to it so I think they’re going to be difficult to beat.

We saw that again [last] year. I think it was a competition between two teams and two drivers and the better ones won, of each. Because you saw the cracks appearing eventually in the opposition. Mercedes is a great team. I know how good it is. It will be very difficult for anyone to beat them.

Regarding showing F1 testing LIVE, it would be interesting if their was rrevolutionary access inside the garages/teams, live conversation, mechanics with bodycam, cameras in the engineer and driver rooms 👍🏼 Wishful thinking I know 🤔 #F1

🚨BIG NEWS 🚨 We are thrilled to announce that @maxchilton will be back for his 4th season in @IndyCar with @GallagherGlobal for the 2019 season! #GallagherRacing #INDYCAR https://t.co/x4jtXajgEC pic.twitter.com/x0xSGPaouc

Just calculating the wheelbase impact of the extra 5kg of race fuel for #F1 this year.
It could be as little as 1.5cm! Less than half a percent increase in wheelbase.

"Working with Todt, who has always been close to Schumacher, would add further structure for the 19-year-old as he bids to make it to F1."

Is F1 the right fit for Vietnam? (The ASEAN post)

"As noble as Carey’s ambition may seem, it is a self-serving one that may not be shared by many Vietnamese."

There’ll be more live coverage of testing this year – but is it on the wrong platform?

For a minute there I thought it was going to be broadcast live on YouTube like Formula E. But no, stick it behind a paywall. Thanks Sky!
@Dave124

24 comments on “Lowe expects no loss of motivation at Mercedes”