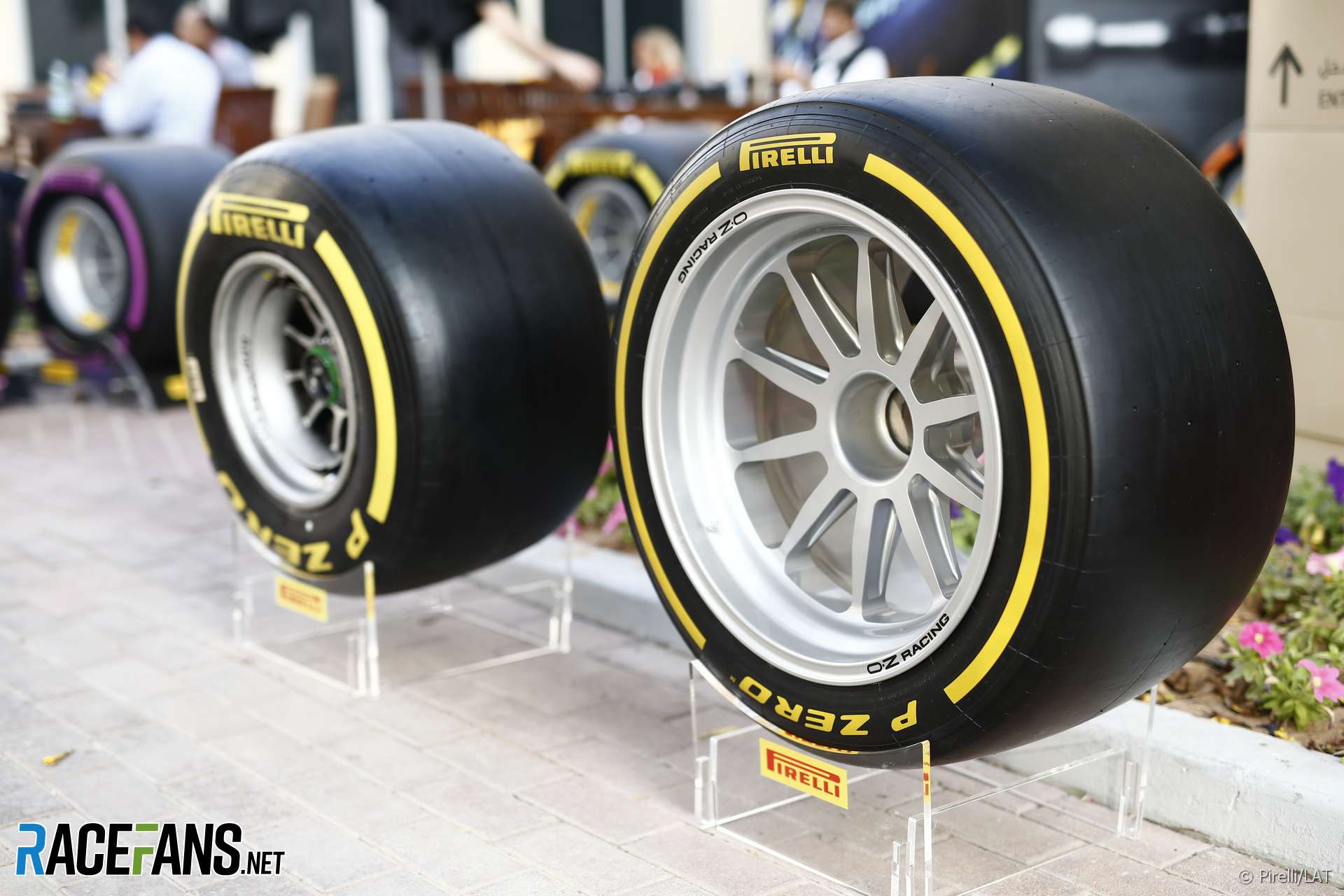 Pirelli plans to give the new 18-inch tyres it will introduce for the 2021 Formula 1 season their first track test later this year.

Last year Pirelli was awarded a new tender to continue as the sport’s official tyre supplier from 2020 to 2023. Part of the deal stipulated F1 will drop the current 13-inch wheel format at the end of next season.

A Pirelli spokesperson told RaceFans that, contrary to reports, it has not already decided to begin track testing of its 18-inch tyres in June. It expects to begin on-track development in the second half of 2019.

However it first needs to obtain a suitable car to run the tyres on. This is made complicated by the fact that the new wheel format is the only aspect of the 2021 technical regulations which is known at present. The move to larger rims and thinner sidewalls will force teams to overhaul their suspension designs.

Pirelli will conduct initial development of its new rubber for 2021 at its research and development facility in Milan, which has been home to its F1 tyre project since returning to the sport in 2011.

The manufacturer previously demonstrated a set of 18-inch tyres using a Lotus chassis during the 2014 season.