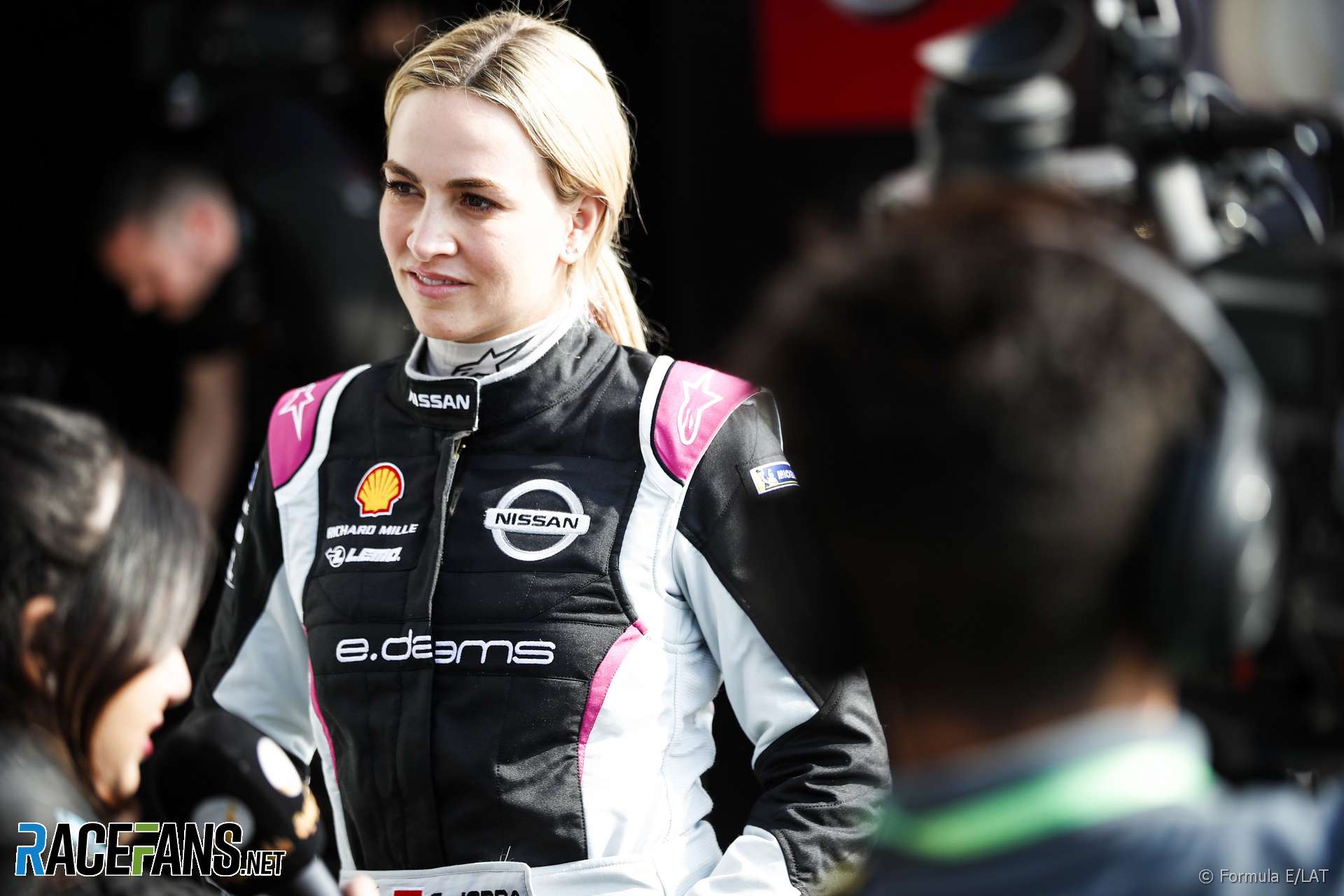 In the round-up: Former Lotus Formula 1 development driver Carmen Jorda explains why she didn’t participate in the W Series selection process last week, which meant she could not advance to the second round.

I'll like to announce that I won't be part of the @wseries for its first season in 2019. It has been a pleasure for me to help promote a championship for women as @wseries during the past months but unfortunately we couldn't find an agreement that could fulfil my sponsors’ needs. pic.twitter.com/t8NGXaF4PN

Getting ready for the season 👊 Join Max fresh from the studio 📸 #F1 pic.twitter.com/yvUEriAyLk

"I don't want to lie on my deathbed and see the sport I created go downhill."

"The worst part of that day, though, was finding out there was some truth to the rumours. After a few races, there were some people, it appeared, who didn't want me there. I’ll be honest, this was a bit of a shock."

"I’m sure it would have been great for the spectators at home, to see real racing, to see cars fighting. Unfortunately we didn’t restart and we had to settle for second."

"The yellow Van Diemen RF81 has been meticulously restored by Van Diemen founder Ralph Firman, who gave Senna his car racing break with this machine on the very same Norfolk industrial estate that it was originally built."

"Mr (Paul) Bird previously served a two-year ban, having tested positive for benzoylecgonine (a metabolite of cocaine) and furosemide (a diuretic) following an In-Competition test on 11 July 2015."

Are expectations too high around Renault?

Is it just me or is anyone else nervous about all the ‘good news’ stories emanating from Renault.

Maybe I’m just a bit cynical but we’ve heard promises from them before that have fairly quickly been retracted just before testing commences.

I’m really hoping for the best but know full well what usually happens when a team changes ‘everything’ for the next car (Ferrari were masters of it a few years back) only to find that they’ve taken a huge step backwards.

So looking forward to the start of testing. Then I guess we’ll get some idea of whether it’s just smoke or something real.
DB-C90 (@Dbradock)