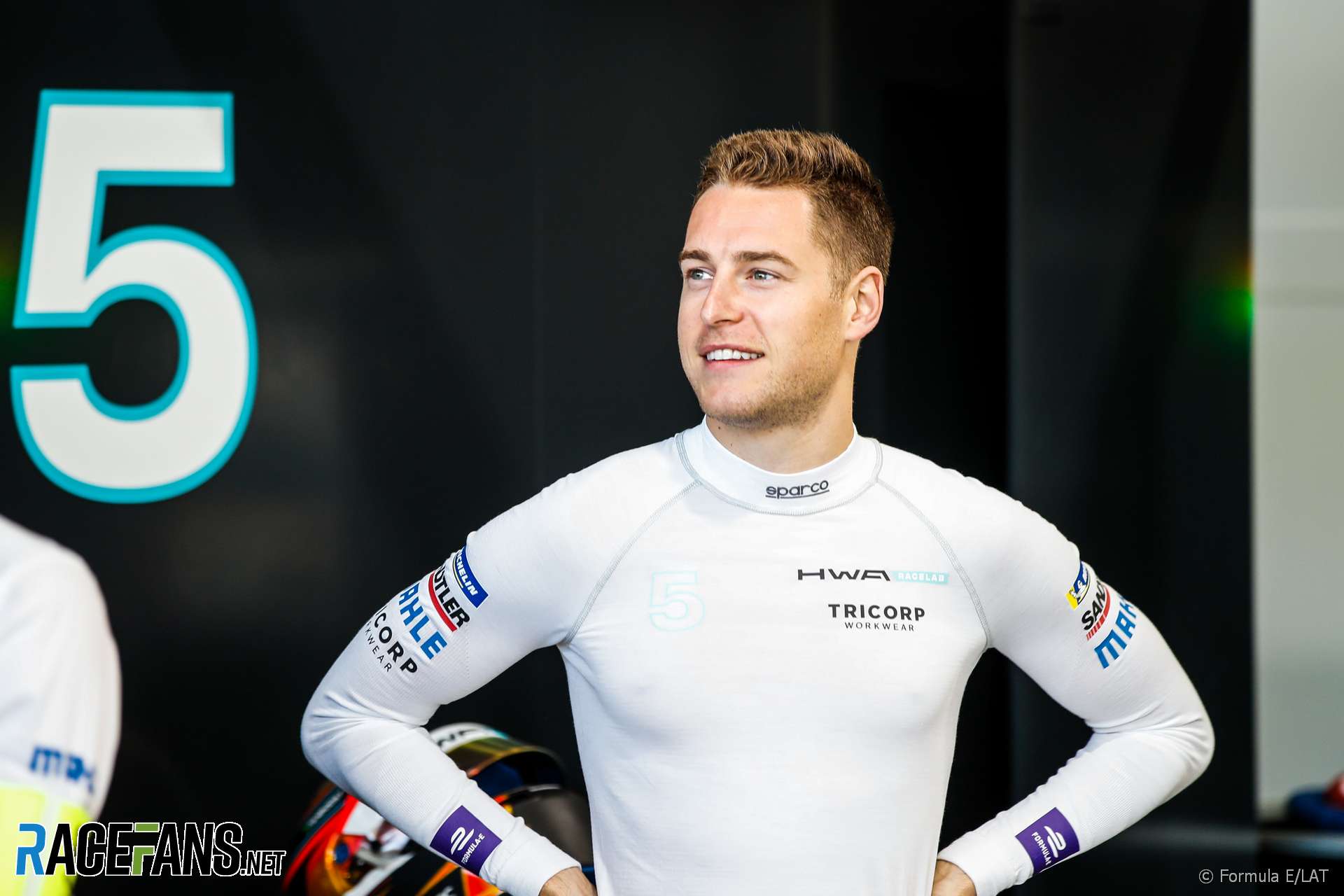 In the round-up: Stoffel Vandoorne says he isn’t looking at racing in a championship outside Formula E at the moment.

The former McLaren driver Vandoorne is racing for HWA in Formula E:

I’m allowed to do some more stuff but the main programme will always be Formula E.

To be honest now is very busy actually with fitting everything in because we do a lot of preparation work before the events. Because it’s a one-day event, everything happens during one day. That’s a very different way of going racing, you need to go in there 100% prepared during the day we have no time to look at a data trace or analyse anything. The preparation is key, I would say.

I think at some point if there is some opportunities to do some other racing next to this we’ll have to evaluate. But so far nothing is on the radar.

What do you guys think of my 2019 lid? I say : MINT!!!BS Designs Adrien Paviot Bell Racing Bahrain

Alonso says he's 'curious to see if the Mercedes cycle is broken' and he 'feels the end is near'.

Team aero predictions of limited use to Pirelli (Racer)

"What is difficult is to understand the impact of the new regulations when they follow each other."

"BMW is not the only one the WEC’s five current GTE Pro manufacturers in doubt for 2019/20, as the question of Ford’s participation beyond the end of the 2018/19 campaign remains unresolved."

The idea of a budget cap goes against what F1 is supposed to be, says PeterG:

I still do not think a budget cap is enforceable. Also, I fear there will be unintended consequences that will do more harm than good. I also just feel that it isn’t what F1 should be.

In terms of unintended consequences what happens if a team makes a big error with there car design and ends up not been able to develop it at the rate they need to in-order to become competitive thanks to the budget cap. Thinking of a McLaren 2009 type situation, would they have been able to recover if a budget cap was in place?

Similarly what if we have a good championship fight but towards the end of the year one team hits the cap and the other is able to carry on development? that could have a negative effect on the title fight with one team having a hand behind there back.

I also do not feel it’s what F1 should be doing as it essentially starts turning it into IndyCar-plus, a budget series masquerading as F1.

This isn’t supposed to be equal, it’s not supposed to have half the field in contention, it’s supposed to be a technically advanced, expensive series that is the pinnacle of the sport. That is what it is always been and should always be, if you want equality then go watch IndyCar or something.
PeterG

32 comments on “Vandoorne not considering options outside Formula E yet”