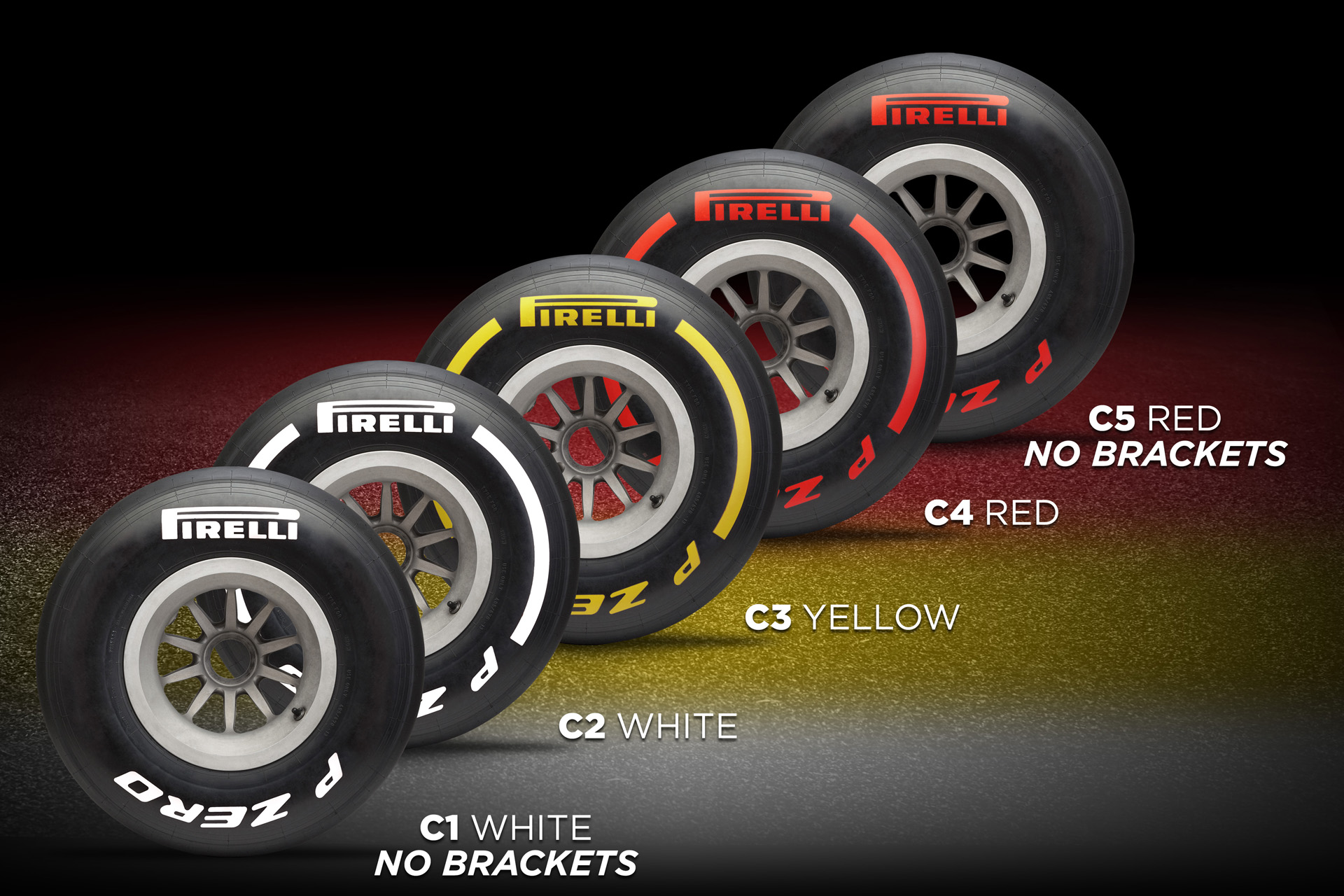 Pirelli has revealed how its five tyres will be identified during testing for the 2019 F1 season.

Formula 1’s official tyre supplier has reduced its tyre range from seven compounds to five for the new season. The three nominated compounds for each race will be referred to as hard, medium and soft and coloured white, yellow and red respectively.

However teams will have access to all five compounds in the eight days of pre-season testing which begins on February 14th. These compounds are named C1 (the hardest), C2, C3, C4 and C5 (the softest).

“Normally we will only see three colours at every race, so we’re only using three colours at the tests as well,” explained Pirelli’s motorsport director Mario Isola. “But we want to make sure that people can tell the compounds apart. As a result, the very hardest and softest tyres won’t be marked with stripes: only the colours will vary.

“This will be the case for the in-season tests as well.”