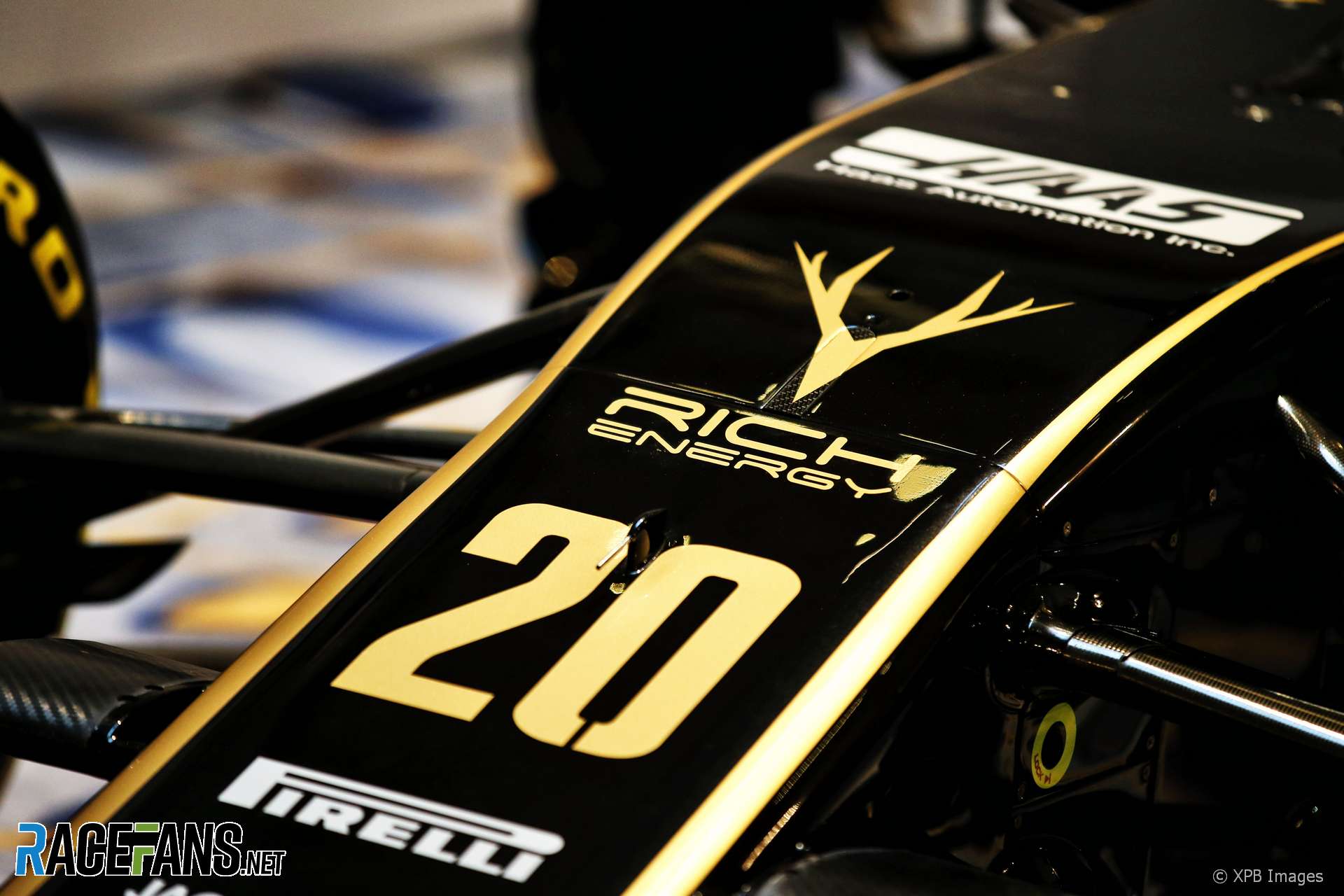 [retrompujps01]The team revealed its new colour scheme yesterday having attracted title sponsorship from Rich Energy, whose brand colours are black and gold. The colours scheme was made famous by Lotus’s John Player Special branded cars between 1972 and 1986. The colours returned to F1 between 2011 and 2015 without the tobacco company’s branding.

Speaking to media including RaceFans at the launch yesterday Steiner said the colours had “sentimental” appeal but Haas wanted to distinguish their car from the famous Lotus livery.

“It is a good-looking colour the black and the gold,” said Steiner. “We made an evolution out of it, we added the white in it because otherwise it would be a complete copy of the eighties.

“Now we made an evolution with the white so we just try to take it forward. I think it looks very clean.”

The new livery replaces the grey and red colours of Haas owner Gene Haas’s company which branded the car previously. Steiner said Haas had no objections to the redesign. “As long as the car is nice and Gene’s company Haas Automation is represented as a sponsor he’s happy,” said Steiner.

Rich Energy CEO William Storey described the team’s car as “beautiful” and said he believes sponsoring an F1 team will provide great exposure for his brand.

“Since I was a kid I grew up watching [Ayrton] Senna, [Alain] Prost, [Nigel] Mansell. Mansell was probably my favourite driver, hard-charging Brummie.

“I think it’s always been a staple of British sport. For me it’s the ultimate platform for any brand. We haven’t got where we’ve got by following the crowd. We are a bit contrarian by nature. When others are fearful, be greedy.

“There’s an awful lot of people who are querying Formula 1 as a platform at the moment and I personally believe it’s going to go from strength to strength. There’s been an awful lot of talk about ownership, previous regime and the future. But I think ultimately it’s going to remain for the long-term.

“It has a brand value, F1, which is unprecedented in sport and therefore for us it’s a great platform and we intend on being in F1 long-term and we believe that Haas absolutely are a dream partner for us. They’re a David taking on Goliaths within Forumla 1 and we’re doing the same with the drinks business.”

Past black and gold F1 liveries