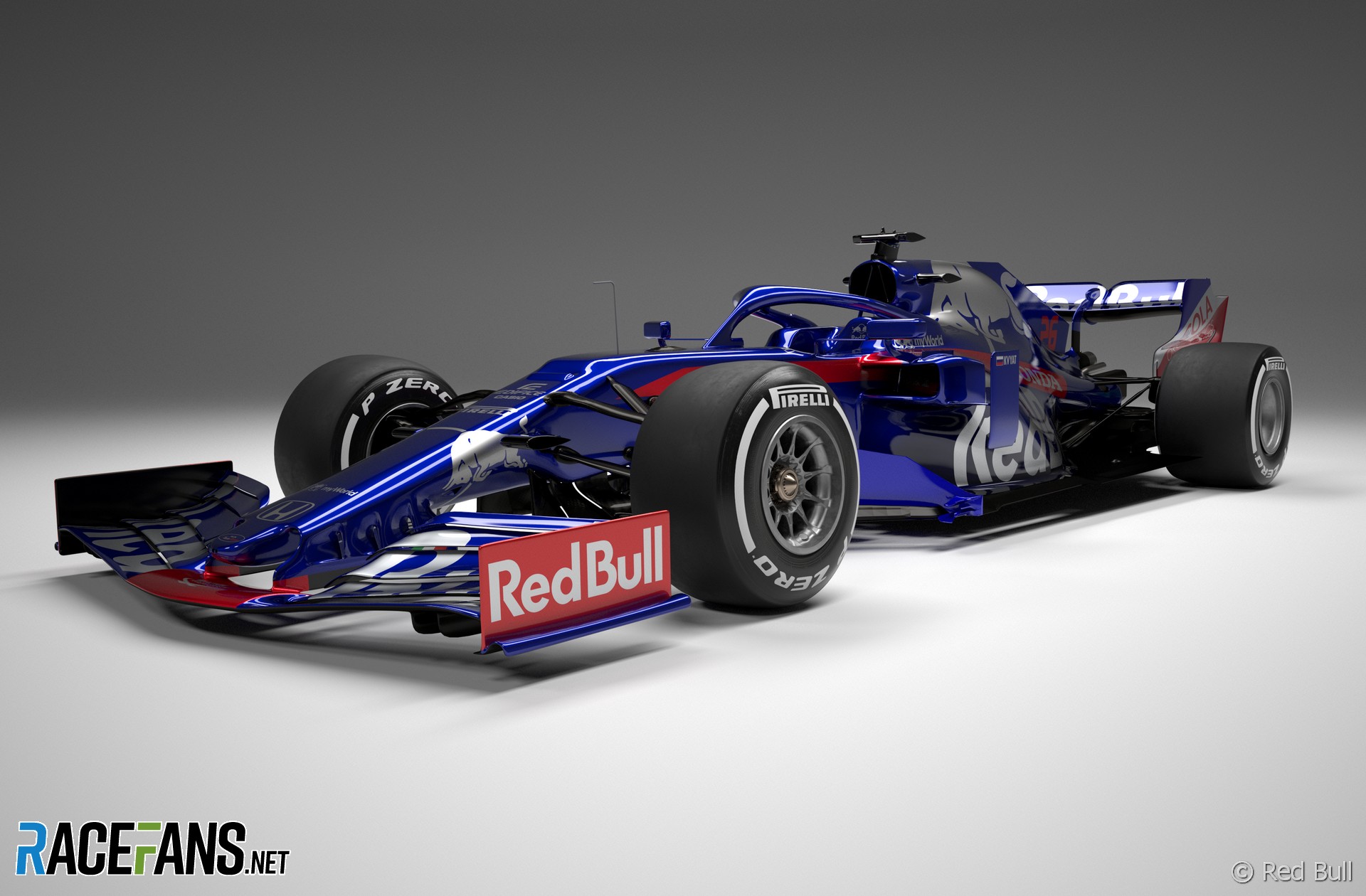 Red Bull’s switch to Honda power units for the 2019 F1 season means it can share more common components with its junior team. These include a mixture of 2019 and 2018-specification parts.

“Components relative to the power unit will be the same specification as Aston Martin Red Bull Racing, to be used within the regulations,” explained team principal Franz Tost. “Most of the remaining parts we receive from Red Bull Technology will be last year’s specifications.

“Scuderia Toro Rosso, being a smaller team, could not follow the fast development and production process a bigger team can afford, especially considering that the release of the technical drawing could, for whatever reason, be delayed or delivered last minute.”

Toro Rosso previously sourced entire chassis from Red Bull when this was permitted by the rules. It had to expand its operation when the team began building its own cars.

“[Red Bull owner Dietrich] Mateschitz decided to buy our team with the idea to educate young drivers from the Red Bull driver pool and to use one technology centre to supply expertise and parts for two teams,” said Tost. “And actually, this is the philosophy we followed until 2010 when the other competitors in the championship voted for a rule change, which put an end to the project.

“Following this decision, Scuderia Toro Rosso was forced to create the necessary infrastructures to become a manufacturer team, capable of designing all parts in house. We had to hire many more people and, from around 100 employees at the time, we can now count approximately 400 people, split between the factories in Faenza and Bicester.

“The synergies project will allow us to aim for a step in performance without increasing the number of people; we will buy some parts and have more minds and hands to design and produce all the others.”

As it is now obtaining more parts from Red Bull, Tost says the team can now find more performance elsewhere on the car.

“Compared to other teams, Toro Rosso count on a smaller number of people, but the synergies with Red Bull Technology for the non-listed parts, now that Aston Martin Red Bull Racing will also be equipped with the Honda engine, will leave more time for our technical working groups to focus more on the details,” he said. “Attention to detail makes the difference and this translates to more performance.”