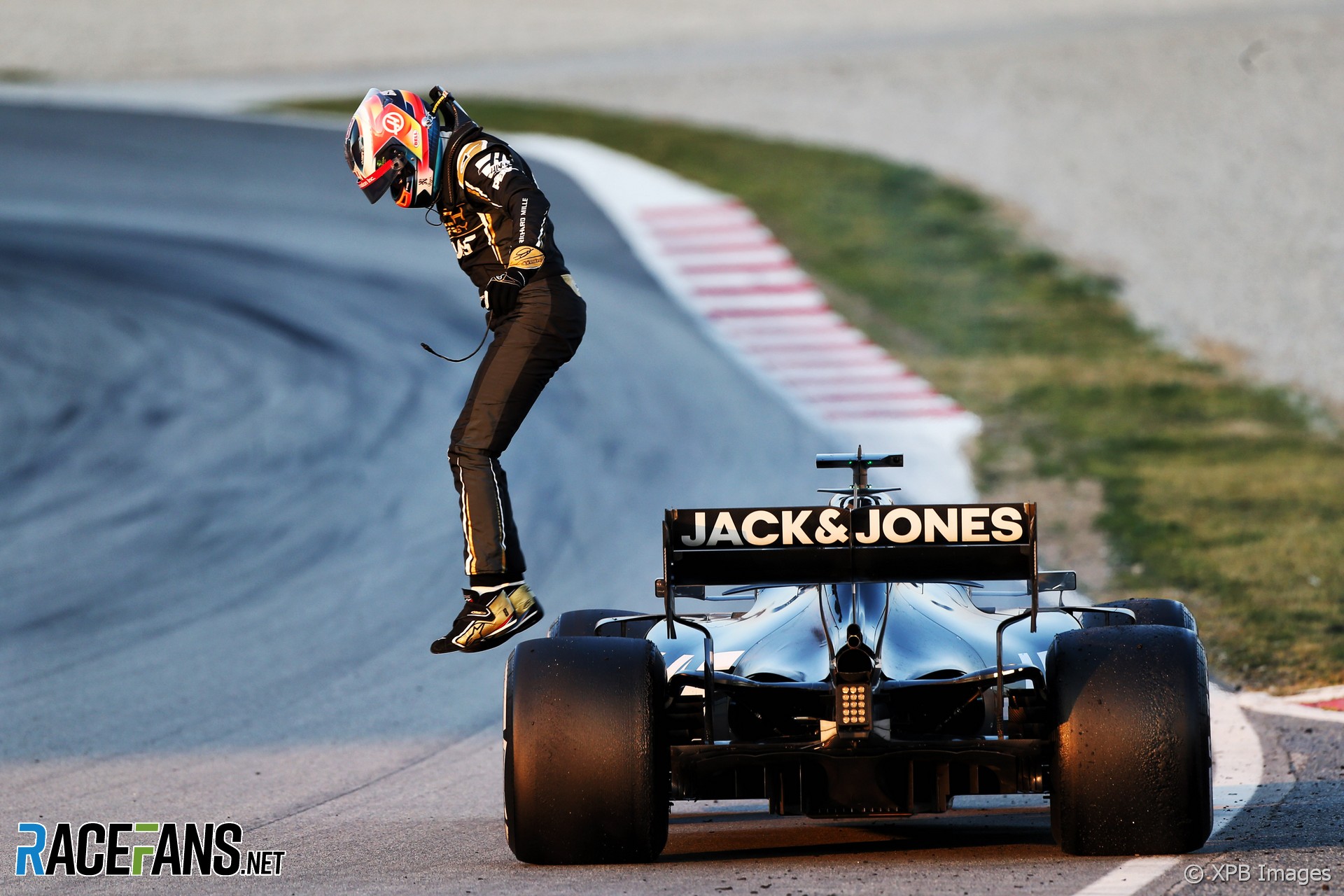 Haas team principal Guenther Steiner is confident his team will fix the electronic problems which caused it to stop three times during today’s test.

Despite causing all three of the red flags during today’s running, Steiner said the day had gone “better than yesterday.”

“Even if we had more stops today, they were shorter. Stopping is never good and we had three of them. The last one you can almost not count because it was the end of the session anyway.”

Steiner said the cause of the stoppages were “electronics problems” which meant “the engine couldn’t run safely any more, so we had to stop.”

The team’s running with its VF-19 was also interrupted on Tuesday, which Steiner said was “something similar, not the same.”

Despite the stops the team still managed to cover a useful mileage. “Today it wasn’t too bad because we ended up with more than 100 laps anyway because the stops were shorter,” said Steiner.

“I wouldn’t call it frustrating, it’s annoying more than frustrating because we know the car is OK, the car has good potential, the drivers like it. So that’s a good one, we just need now to sort out these little gremlins.”

“At least nothing big is broke,” he added. “When you break an engine it’s worse but it’s something. We just need to find what causes it and then we get a glimpse of it.

“But we are still good in time in my opinion to find it. So therefore I’m not too desperate about that. I’m not liking to be honest, I could do without it, but still it’s nothing to be desperate about it. We will fix it.”