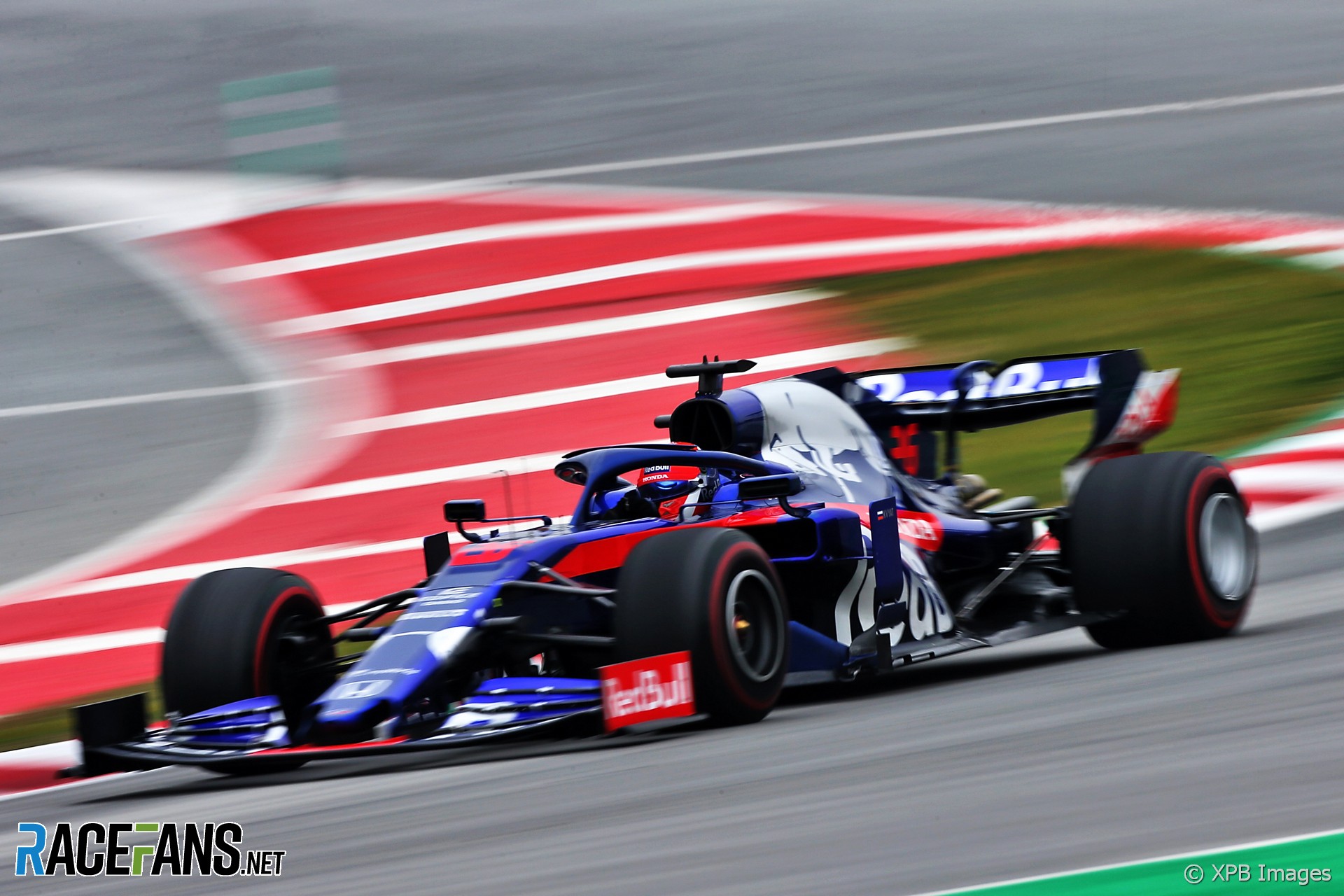 Daniil Kvyat’s Toro Rosso-Honda was quickest at the end of the third day of testing at the Circuit de Catalunya.

The F1 returnee waited until the final quarter-hour of the test before producing a 1’17.704 which stands as the best time of the test so far. He edged Kimi Raikkonen’s Alfa Romeo from the top spot by just five-hundredths of a second.

Ferrari, the pace-setters of the first two days, brought their session to a close half an hour early. Sebastian Vettel set the fourth-fastest time, just under two-tenths shy of Daniel Ricciardo’s best effort in the Renault.

The session came to an early end when Romain Grosjean’s car came to a stop on track with a loss of hydraulic pressure. It was the third red flag of the day, all of which were caused by Haas stoppages, two for Grosjean and one for test driver Pietro Fittipaldi. Grosjean will be given an extra morning in the car tomorrow to make up for his lost time before handing over to Kevin Magnussen.

Despite covering a modest number of laps early in the day, Max Verstappen racked up over 100 laps in his Red Bull and lowered their best time of the test so far. Carlos Sainz Jnr also had problems early on – he missed the first two hours of running due to a gearbox problem on his McLaren, then had a high-speed spin – but covered 90 laps.

Mercedes continued to keep a low profile on the times sheets but Lewis Hamilton and Valtteri Bottas covered a mammoth 182 laps between them – equivalent to two-and-three-quarter race distances.

There was relief for Williams as their FW42 finally arrived at the track and, shortly after the lunch break, turned its first laps in George Russell’s hands. He covered 23 laps as the team conducted initial checks of its new car.

17 comments on “Kvyat deposes Raikkonen at end of day three”