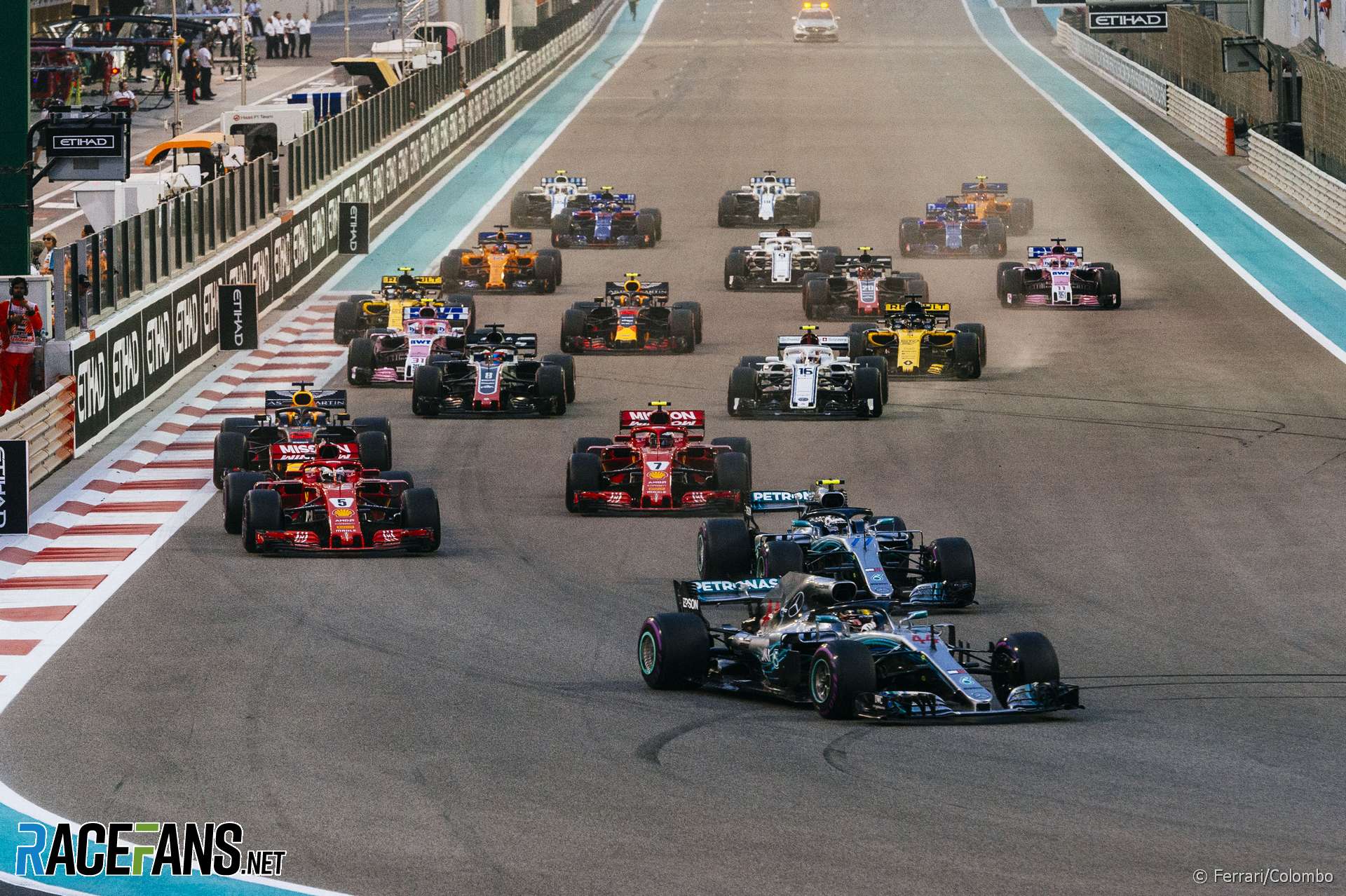 As RaceFans revealed yesterday, Formula 1 bosses will today debate whether offering a point for fastest lap this year will improve the show.

I see no reason to believe it would.

To understand what effect awarding a point for fastest lap would have on races we need to do more than just look at who set the fastest lap last year. Adding an incentive to setting fastest lap will transform how teams view it.

Previously, teams have not wanted their drivers pushing hard to set the fastest lap in the closing stages of a race because it offers no worthwhile reward when balanced against the potential risk. No one would trade the Fastest Lap Trophy for a championship title, but the risk of damaging a car by turning everything up to 11 for one final flying lap is real.

With a point on offer for fastest lap, teams would change their tactics at the end of the race to give them the opportunity to collect that point. But the reality of racing makes it unlikely many will bother.

In a typical, dry race, the best opportunity for a driver to set fastest lap is on the final lap of a race when the car is lowest on fuel and therefore lightest.

Any driver hoping to take the point for fastest lap would have to put on a fresh set of tyres, which would bring a performance advantage of several seconds over those still circulating on old rubber.

So the final few laps of a race would become a question of which of the fastest drivers on track happen to have enough of a gap behind them to make a pit stop, put on a fresh set of tyres and make a bid for fastest lap.

By taking a look at the lap charts for the final races we can make an informed guess how these races would have panned out had a point for fastest lap been offered.

In Mexico Max Verstappen was leading Sebastian Vettel by 15 seconds at the end. That’s not a big enough gap to make a pit stop for fresh tyres, but Vettel had a 30-second lead over Kimi Raikkonen, so could easily have pitted, taken on new set of Pirellis and collected the bonus point for fastest lap.

Only one other driver inside the top 10 had enough of a gap behind them to consider doing the same. This was Valtteri Bottas, who was already a lap behind the front runners and may have concluded he didn’t have the pace to beat a fresh-tyred Ferrari.

For those outside the top 10 with no realistic chance of scoring points, pitting for a fresh set of tyres would theoretically offer them a chance of picking up a point. But not if they see that a front-running Ferrari is going to do the same. In that scenario, they’re better off holding position on track and hoping someone ahead of them drops out.

(It also would not be a surprise if the point for fastest lap is not offered to drivers who finish outside the top 10. This is similar to how the rule works in other championships, and would prevent drivers who hit trouble early on from waiting in the garage for most of the race then emerging for a final, qualifying-style bid for fastest lap at the end.)

The Brazilian Grand Prix may have offered something closer to the scenario the rule-makers are hoping to create. Unusually, the drivers from the three fastest teams were all too close together and the cars behind to pit without losing a position. Kevin Magnussen (ninth) and Sergio Perez (10th) were the only drivers in the top 10 with enough of a gap behind them to pit for fresh tyres.

Would they have done so? Their qualifying times indicate they might have been quick enough to take the point for fastest lap. But while we can only guess at that, the teams have far more accurate information at their fingertips, and will make their decision whether to push for a fastest lap based on that.

Expect post-race driver interviews along the lines of: “Why didn’t you try to get the point for fastest lap?” “Because we knew Ferrari could go quicker on old rubber…”

Would offering a point for fastest lap have added much excitement to the anti-climatic season finale in Abu Dhabi? Not likely: Daniel Ricciardo had a large gap behind him to pit into, giving him a straightforward shot at the bonus point. Sergio Perez, eighth, could have done the same, but again why would he bother in the knowledge the much faster Red Bull was going to beat him to it?

But if offering a point for fastest lap appears flawed from a practical point of view, the principle of the idea is even worse.

It would complicate the scoring system by removing the simple principle that drivers only score points based on where they finish in a race. Championship arithmetic would move further from the ready grasp of the casual follower: a 25-point maximum haul from a race is far easier to multiply across several races than 26 points.

It would give another opportunity for championships to be decided in the stewards’ room rather than on the track, which is surely something no one wants to see. Or just as bad, turn a race for the championship into a qualifying session, as happened in Formula E’s 2016 title-decider:

F1 should know from recent experience the folly of rushing in a major change to the sporting rules on the eve of the new season. The point for fastest lap proposal recalls the bad old days of F1 under Bernie Ecclestone, the architect of several hastily-introduced-and-dropped rules changes: think double points in 2014 or elimination qualifying in 2016.

Just this week F1 CEO Chase Carey vowed not to “gimmick-up” the sport in the hope of making it more entertaining. Yet this is exactly what offering a point for fastest lap would do.

Last year F1 persuaded teams to agree a new aerodynamic package for 2019 aimed at improving the quality of racing. The changes were extensively researched and the teams were persuaded it would make a positive difference.

A point for fastest lap is an example of the latter: A product of flawed reasoning with too little consideration for its practical implementation or its wider implications.