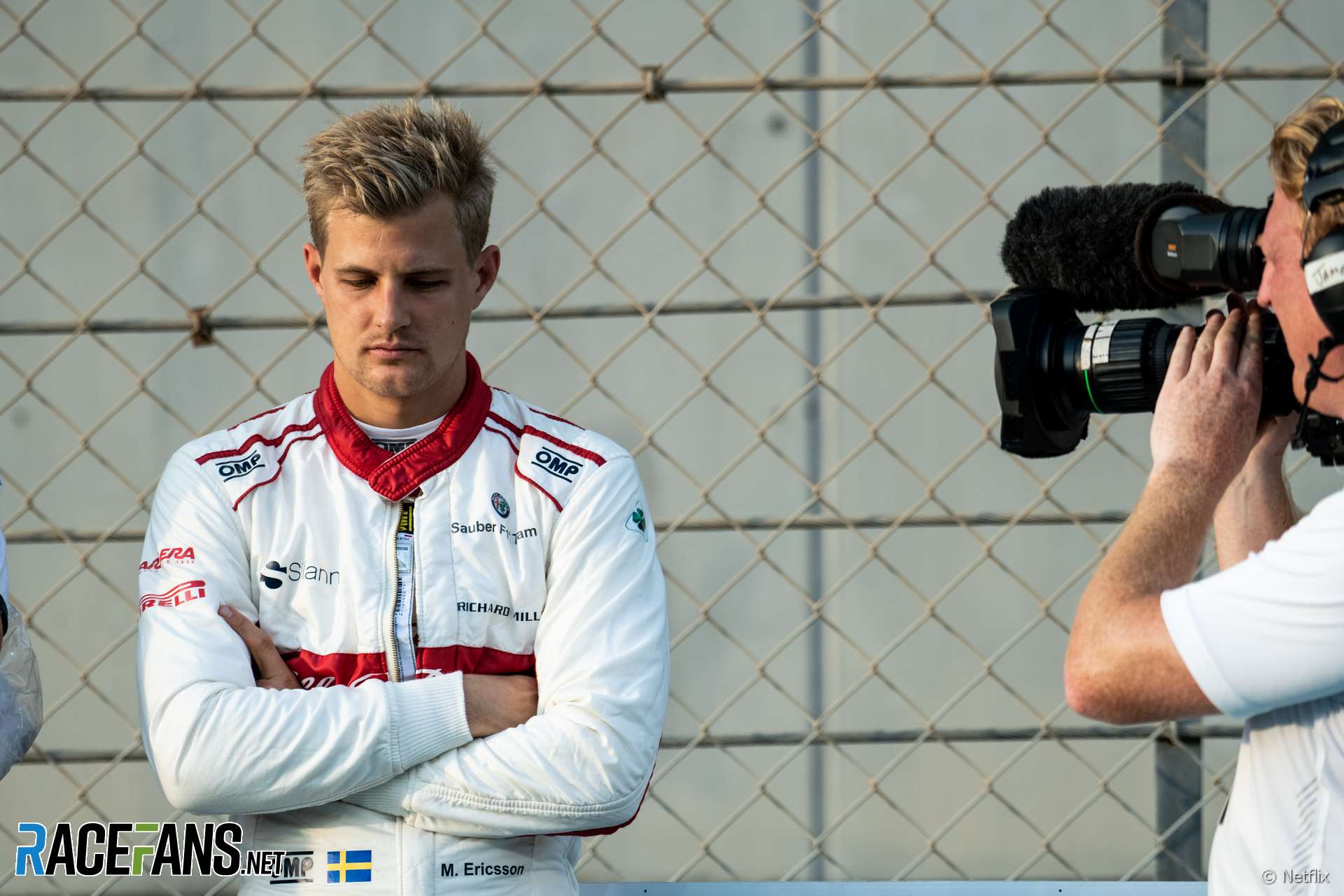 Has Formula 1 Management succeeded in presenting the sport to a new generation of fans with its Netflix series ‘Drive to Survive’?

The initial feedback from viewers on social media has been overwhelmingly positive. Fans praised the unfettered behind-the-scenes access, the candid footage of drivers and team bosses at work, and the new insights it offered into several of the sport’s personalities.

Daniel Ricciardo, Esteban Ocon and Kevin Magnussen are among the drivers who feature prominently in the series.

However several fans did remark on how little coverage the series gave to the championship fight between Mercedes and Ferrari. Both teams refused to allow Netflix’s crew the same access they enjoyed to the other eight teams.

Read RaceFans’ reviews of all 10 episodes – with spoilers hidden by default – here:

I think it is safe to say that Drive to Survive is my new favorite series. Even though I'm not the biggest F1 fan, this serious is fantastic!

I’m watching F1 Drive To Survive. Basically all the drama of the 2018 season but with that typical Netflix doc polish. Reminds me of the old HBO 24/7 NHL all access series. Can recommend 👍

Just watched the @NetflixUK documentary F1:Drive to Survive. Brilliantly done. There should be one done after every season #F1 #RaceWeekend #TeamLH

If you are even slightly familiar with F1 or are keen on sports in general then watch Formula 1 on Netflix.
Brilliant behind the scenes look as they track a F1 season.

I'm not an F1 fan but I've been hooked on the Netflix 'Drive To Survive' series. Superb behind the scenes footage 🚥 (best emoji I could find)

Okay @F1 , thanks to @netflix and whoever else, you officially have a new fan in me for the 2019 season. That series gave me life.

Anyone been watching the new Netflix F1 doc 'Drive To Survive'? Ignore the horrendously awful title- it really is worth a watch. Good for non-fans, but also some very illuminating behind-the-scenes stuff for F1 geeks too. Recommended (just ignore the faux 'commentary') 👍🏎️🏁

Just finished F1 #DriveToSurvive , great series. Good to see the drivers being ‘real’ and the true emotion of what they go through. Kevin Magnassun and Danny Ric 👍🏻

Really enjoyed Drive to Survive. Did bring out some personalities and stories that were very interesting and it didn’t gloss over stuff the way F1 has in the past. Liked the way it focuses on the midfield too. Changed my perception of a few teams/drivers.

The new @F1 #DriveToSurvive Netflix documentary is well worth a watch – great stories and behind the scenes access in a season with plenty of drama. Felt sorry for Esteban Ocon but money backed drivers still rules over talent…

So far the f1 documenseries makes me feel bad for @OconEsteban :-/

I’m not big on cars but the Netflix Formula 1 documentary is binge worthy. If your looking for something to watch I would highly recommend it. #F1 #Netflix

#FormulaOneDriveToSurvive is fantastic. 4 episodes in and it’s refreshing to see a behind the scenes look at F1.

The new docuseries about F1 on Netflix is really quite good. Great look at the business of racing and some of the personalities (both drivers and others).

#DriveToSurvive is an absolute masterpiece but the #JulesBianchi episode in particular is beautiful & emotional & everything that #F1 means to me.

F1 drive to survive on @NetflixUK is fun to watch. Especially the Red Bull/Renault relationship unfold…..

Watching the @F1 doc on @NetflixUK and its excellent, im not a F1 fan but im intrigued by what happens behind the scenes of all sports.

The best bit is the @redbullracing/@RenaultF1Team rivalry, i had no idea it was so petty

That F1 racing doc on Netflix has me in the mood to start watching it. 2019 season starts this weekend ironically enough. Definitely pulling for the Haas team and Daniel Ricciardo this year.

Pretty awesome to see @KevinMagnussen with @F1 get a taste of some racing on the dirt @carolinaspeed with @TonyStewart in a sprint car. Think I have a new favorite driver in Formula One.

Just watching that Netflix thing on F1, great for 4K visuals, but god on earth @alo_oficial’s race at Baku in 2018 is still a thing of beauty. That car shouldn’t have made the finish. How?! How!!?! #forzafernando

the ocon focused episode of the f1 series on netflix just made me want to blubber. he deserves a seat and it’s so sad that he doesn’t have one 😭😭

Damn these little school kids in the @netflix @F1 doco are really holding Nico Hülkenbergs feet to the fire over his results. After finding out he hasn't won any GP's one of the kids challenges him to have "a growth minset" 😂😂

Mercedes and Ferrari missed out

The worst thing about the Drive To Survive F1 documentary on Netflix is that Mercedes and Ferrari refused to feature in it for some unknown reason which really hurts it.

The two teams that were fighting for the championship in such an incredible season, and they're not featured.

Enjoying the @NetflixUK documentary on @F1 2018, very good insight to how the teams operate. It’s a shame that @MercedesAMGF1 & @ScuderiaFerrari decided not to take part which I think is petty and disrespectful to the F1 fans and the sport.

#f1 #DriveToSurvive is one of the best shows on @NetflixUK I can't wait for season 2 @F1 please try and make more teams take part.

#DrivetoSurvive really got me excited for the upcoming F1 season. A pity Ferrari & Mercedes didn't participate at all but gotta love Max Verstappen! 🙌🏾🤣

Other than that, it was good.

Hats off to @netflix for #DriveToSurvive #F1 @F1 series! Awesome job and amazing to relive the 2018 Championship, Great job! Will there be a season 2? @MercedesAMGF1 and @ScuderiaFerrari ….booo for not participating… too bad for you… you're missing out big time!

I love this #F1 on @netflix – Just a shame the World Championship battle plays out like a footnote in it. :l

But not everyone is impressed

F1 Drive to survive on Netflix is such a disappointment, looks like they want to show drama and use some very creative editing to achieve that. Then Will Buxton acts like a total Fanboy who clearly is not a fan of some drivers. What a shitshow💩

Finished the @netflix #f1 drive to survive documentary thingy. It’s okay. But please get rid of that fake commentary voice over. Feels like commentary from the F1 game.

Watched 3 episodes and I am so disappointed from the @F1 show in @netflix so far… I cannot believe they don’t mention ANYTHING about the timings and points and results about the races! They are trying to make a reality show by taking out the essence of racing!?

My only issue with the @BoxtoBoxFilms F1 series on Netflix is that they create a narrative that is very disingenuous for new fans. Perez didn't cost Ocon a seat, and Verstappen didn't push Ricciardo out, Helmut Marko & Dieter Mateschitz did that all by themselves.