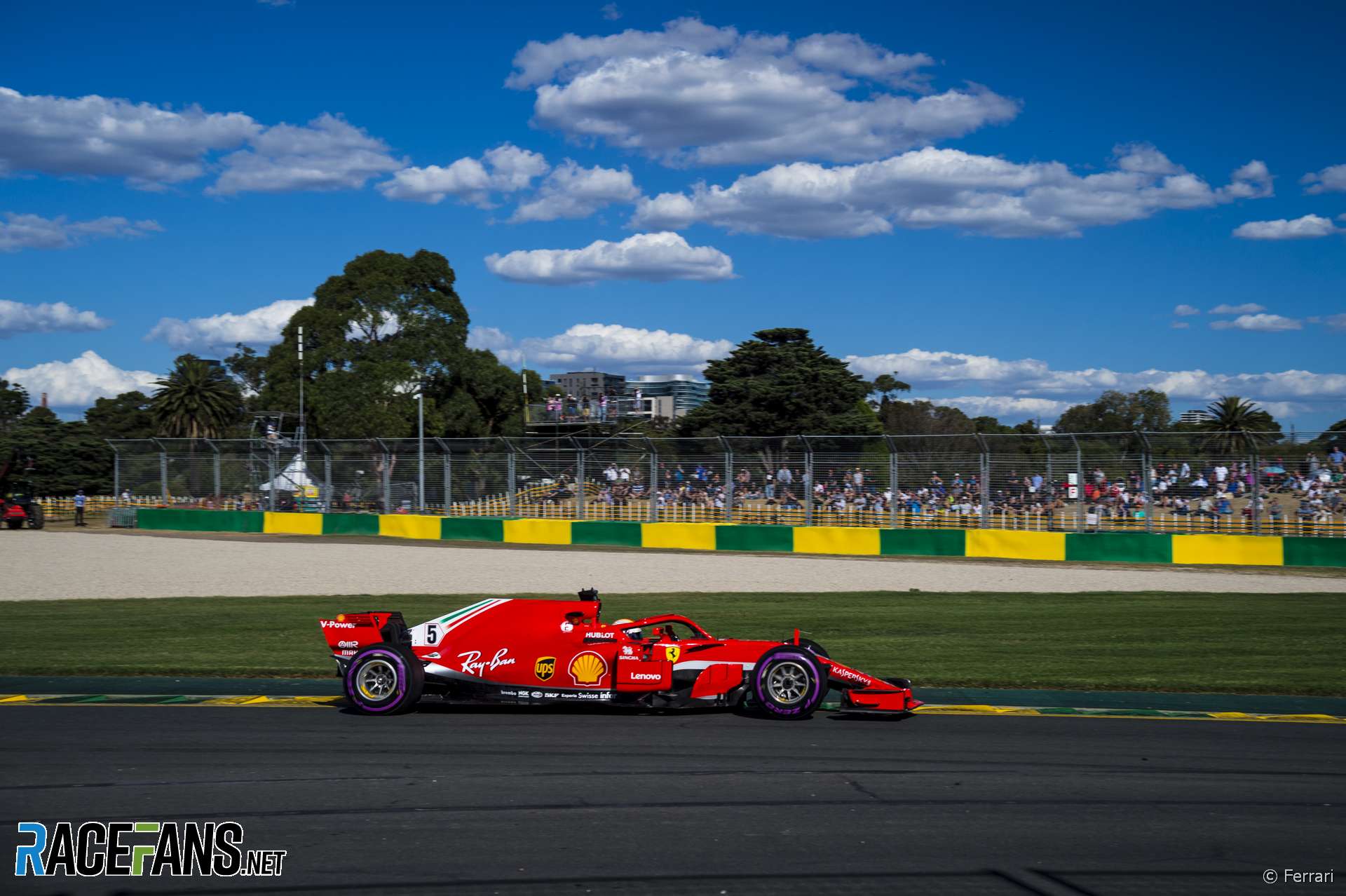 As the first race of a new Formula 1 season, the Australian Grand Prix is one event where teams are particularly keen to avoid any rainfall.

This is partly because the Albert Park circuit offers little in the way of run-off in places, making the threat of a crash more likely, and partly because at this time of year teams tend to have lower stocks of spare parts for their recently-completed cars.

However the first race weekend of the 2019 F1 season is expected to stay dry. No rain is currently forecast on Friday, Saturday or Sunday.

Conditions should remain consistent and get gradually warmer over the three days ahead. From a peak of around 23C on Friday temperatures are forecast to rise close to 30C over the weekend. Light wind is expected on all three days.

While the conditions will be stable on the whole, track temperatures for the race could be quite a bit hotter than on Friday, when teams get the chance to do their race simulation runs. Sunday, which is set to be the warmest day of the weekend, could potentially see track temperatures up to 10C higher than Friday, a significant variance at a time when teams are still getting to grips with the changes to the tyre compounds for the new season.

Pirelli has brought the C2, C3 and C4 compounds tyres for this weekend’s race, which will be designated hard, medium and soft respectively. It has not brought the C5 compound, which is the softest in its range.

For more updates on the track conditions during each session keep an eye on RaceFans Live and the RaceFans Twitter accounts.

3 comments on “Dry start to the season expected in Melbourne”