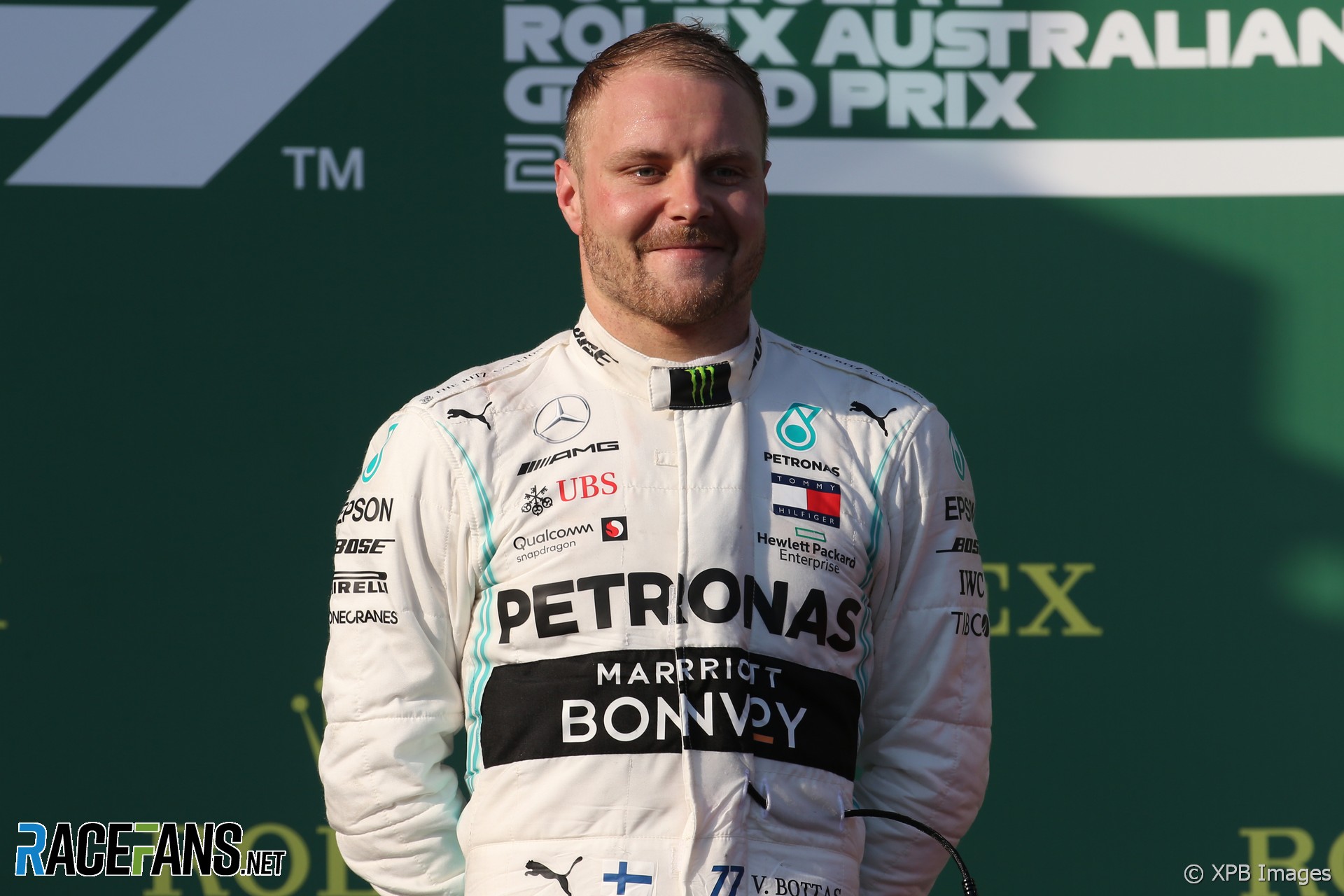 Valtteri Bottas has dedicated his victory in the Australian Grand Prix to FIA race director Charlie Whiting, who died on Thursday.

Speaking at the end of the press conference following his win, Bottas said: “I just want to say again thank you Charlie.

“This win is for Charlie and all his work for Formula 1. He’s done massive amounts. What he’s done, it means a lot to all of us.”

Shortly before the race began teams, drivers and F1 officials observed a minute of silence in tribute to Whiting, as well as the victims of the terrorist atrocity in New Zealand on Friday. Several teams ran with stickers on their cars which said “thank you Charlie” or featured similar tributes.

Whiting entered F1 as an engineer in the seventies before joining the sport’s governing body. He served as the FIA’s Formula 1 race director and official race starter for over 20 years. He gave the start for the first time in the 1996 Australian Grand Prix at Melbourne.

Michael Masi was appointed race director in place of Whiting for the first round of the new season. The FIA is yet to confirm its plans for the remaining rounds of the championship.