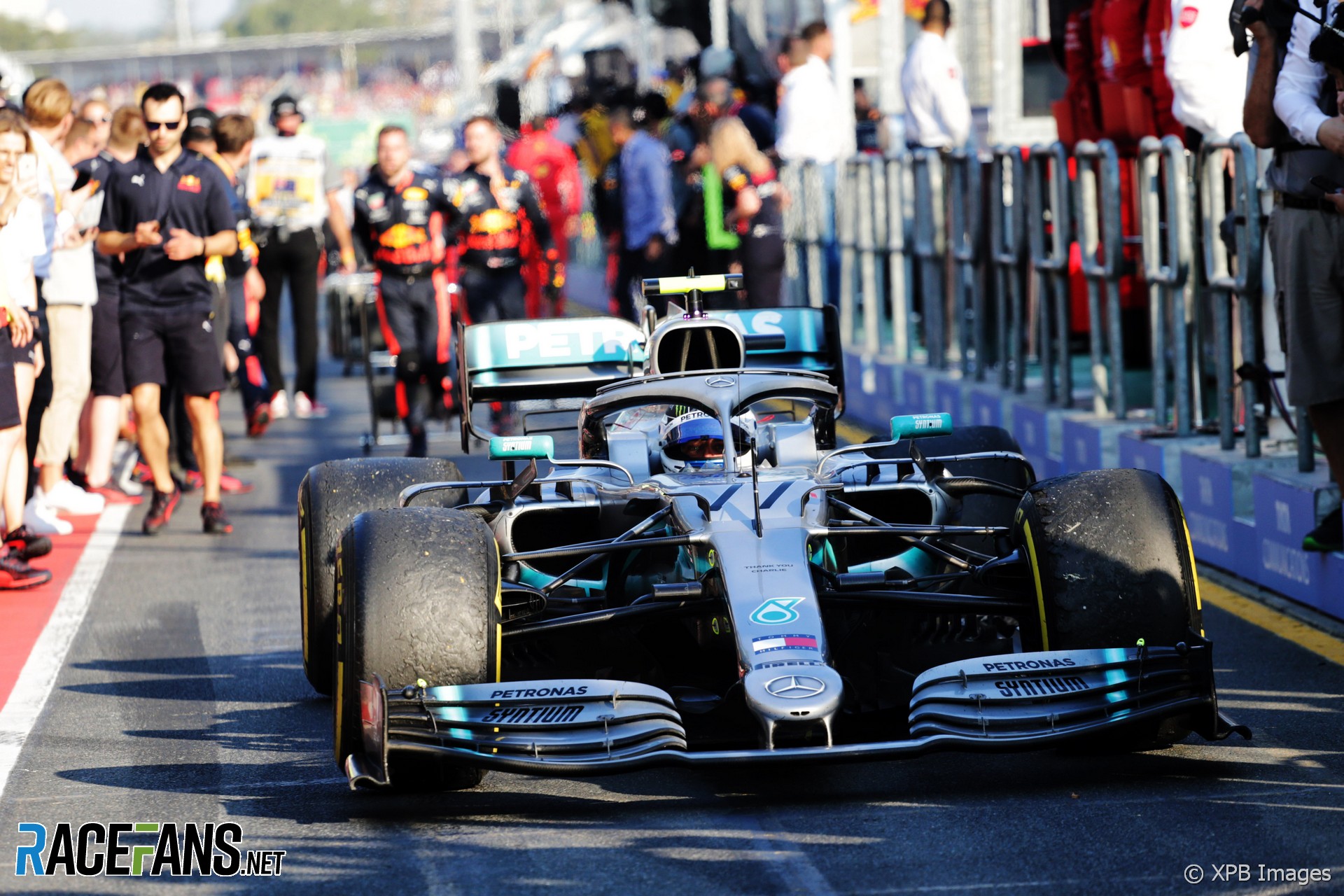 Valtteri Bottas explained the meaning behind his spur-of-the-moment post-race remark: “To whom it may concern: Fuck you.”

“It just came,” said Bottas after the race. “I just wanted to send my best regards. That’s it, honestly, I didn’t think about it or have it planned. It just came.”

The Mercedes driver bounced back from a win-less 2018 by winning the first race of the new season, and aimed the message at those who criticised him during last season.

“Obviously there’s many people that support you. Honestly I appreciate it a lot with the people around me, supporting me. In sport there’s always ups and downs so you can really see the true support quite easily.

“And then through the difficult times there’s the other part which is a lot more negative and that’s their weakness, so it’s fine.”

However Bottas said some of the criticism he has faced was not necessarily unfair.

“I can’t say unfair because everyone can say whatever they want. But I just thought to whom it may concern maybe they should look in the mirror sometimes and think actually why they do that.”

Bottas described his relief at winning for the first time in over a year.

“It’s really special obviously,” he said. “It’s only my fourth win anyway in Formula 1 and after a win-less 2018 even better. So I’m very, very pleased.

“But it doensn’t happen [just] like that. There’s obviously a lot of work to be able to win and be able to be in that kind of pace. Obviously for winning you need a good car and as a team we’ve been able to do it even after quite difficult winter testing. Here we’re quicker than expected, it made it possible.

“From my side I have to say it was the best race I have done so far in my career.”

49 comments on “Bottas: “F*** off” radio remark was spontaneous”