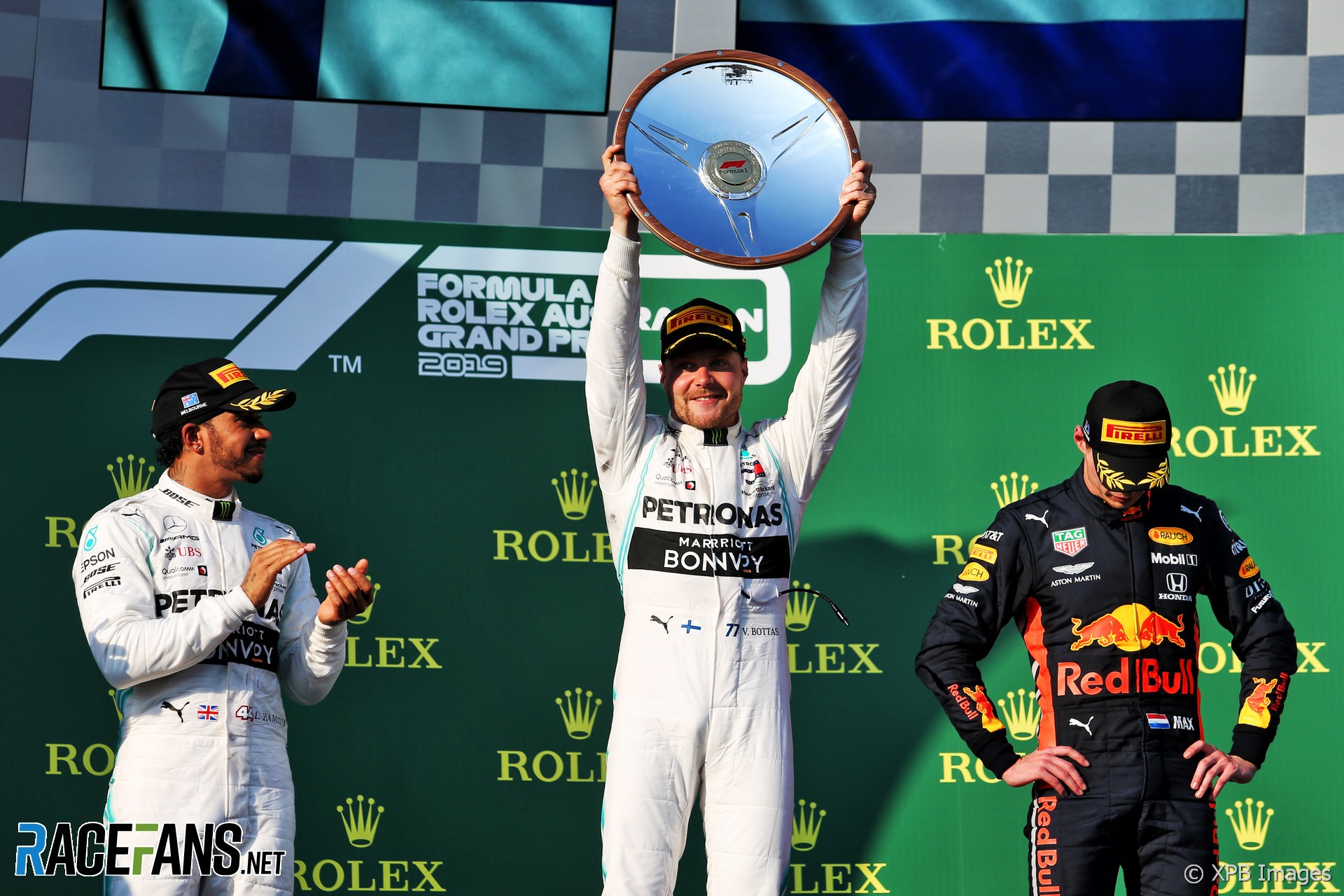 Valtteri Bottas won the Australian Grand Prix in dominant fashion as Mercedes started the new season with a one-two finish.

Bottas passed pole-sitting team mate Lewis Hamilton at the start of the race and seldom came under threat from that point onwards. He capped a perfect race by setting the fastest lap and claiming the bonus point which now comes with it.

Hamilton dropped back from his team mate after making his first pit stop early to cover off the threat of Sebastian Vettel behind. But Bottas was able to extend his first stint and pull out a lead of more than 20 seconds over Hamilton.

Max Verstappen also ran a long first stint and emerged from his pit stop on Vettel’s tail. He surprised the Ferrari driver with an attack into turn three, and claimed the final spot on the podium. Vettel then fell back into the clutches of team mate Charles Leclerc, who lost time early on when he went off at turn one.

Kevin Magnussen fought his way past Antonio Giovinazzi to take sixth for Haas. But in a parallel with last year’s race team mate Romain Grosjean dropped out with a wheel problem.

Home favourite Daniel Ricciardo also retired after a disastrous first race for Renault which began with him losing his front wing within metres of the start. Team mate Nico Hulkenberg claimed seventh.

The final point went to Daniil Kvyat despite the Toro Rosso driver a trip through the gravel at turn three. He held off Pierre Gasly after passing the Red Bull driver, who made a late pit stop.