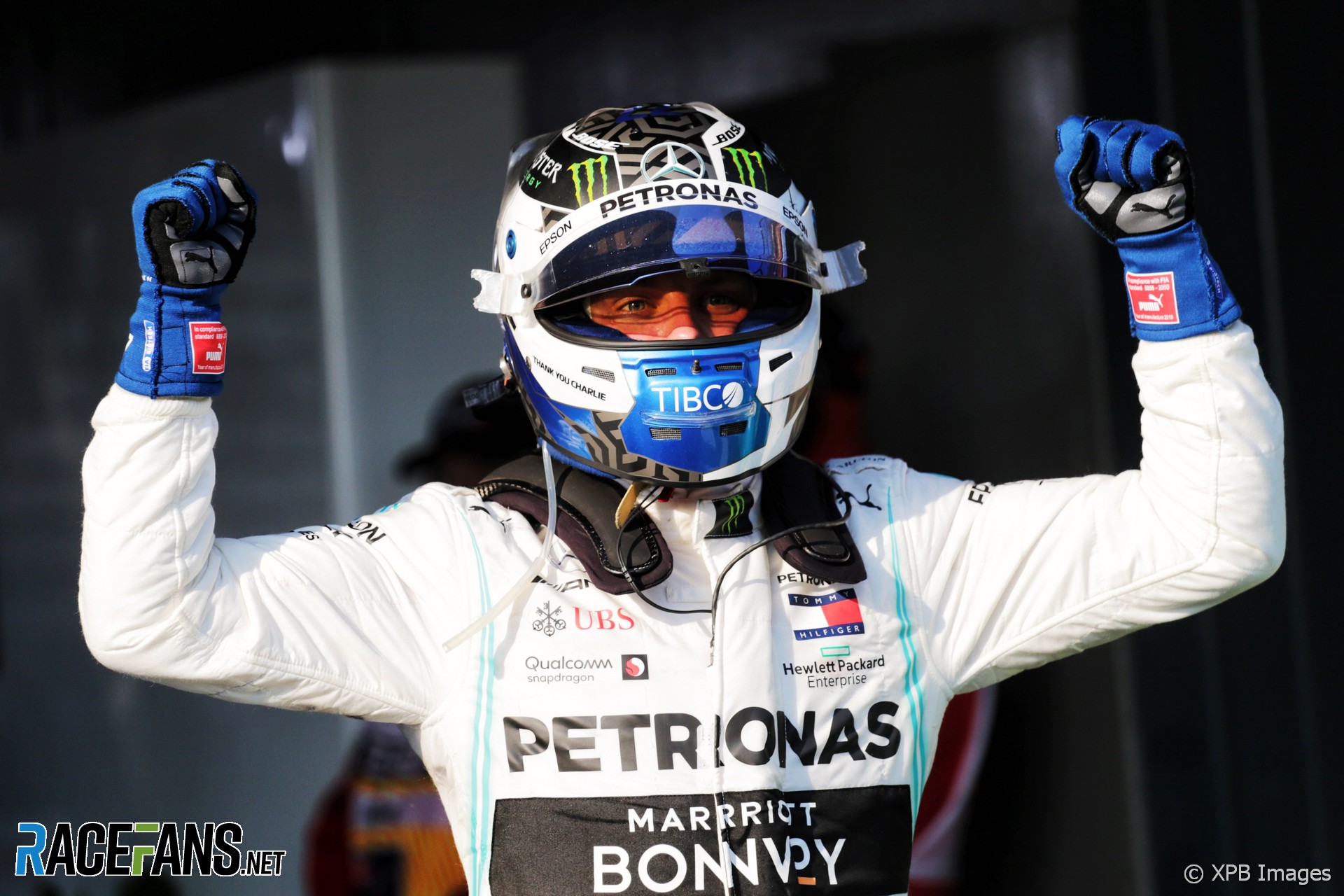 Wolff described how he first came to meet Bottas in 2008, who went on to win a closely-fought championship battle with future F1 rival Daniel Ricciardo by just three points.

“I got a call from a young boy [who] asked for a meeting,” said Wolff after Bottas’s win on Sunday. “It was a snowy day in Vienna and this young Finnish boy came in with a pullover, no jacket, and asked for advice.

“That young boy went on to dominate the Formula Renault Eurocup in a strong year with [Jean-Eric] Vergne, Ricciardo, [Roberto] Merhi. And he also lapped the whole field.

“This is the Valtteri Bottas I have seen yesterday and today. And it was in him and I think that maybe these years at Williams and the shock draft into Mercedes was something that he needed to digest. And he went off tired at the end of the season and the 2008 young man came back. And obviously I’m very happy and he deserves it.”

Wolff described Bottas’s recovery from his disappointing 2018 campaign as being like a “fairytale”.

“Since I started to work with drivers 15 years ago I tried to comprehend what’s going on in their brains. And I don’t.

“How he recovered from being written off, ‘not up for the job’, in the second half of the season last year, to scoring one of the most dominant victories that we’ve seen in recent years, just shows us the human potential and how much it is a mind game.

“It’s for me also a bit of a fairytale: Don’t let others break you, believe in yourself. He’s just shown us the whole weekend. There wasn’t one single session when he wasn’t good enough.”

Bottas came back from the off-season reinvigorated, having kept his skills sharp by competing in the Arctic Lapland Rally.

“When he left after the Christmas party he said he was tired and he needed to recover because it was the most shitty half-season he’s ever had,” said Wolff. “And he came back end of January and said: ‘I’m back’.”