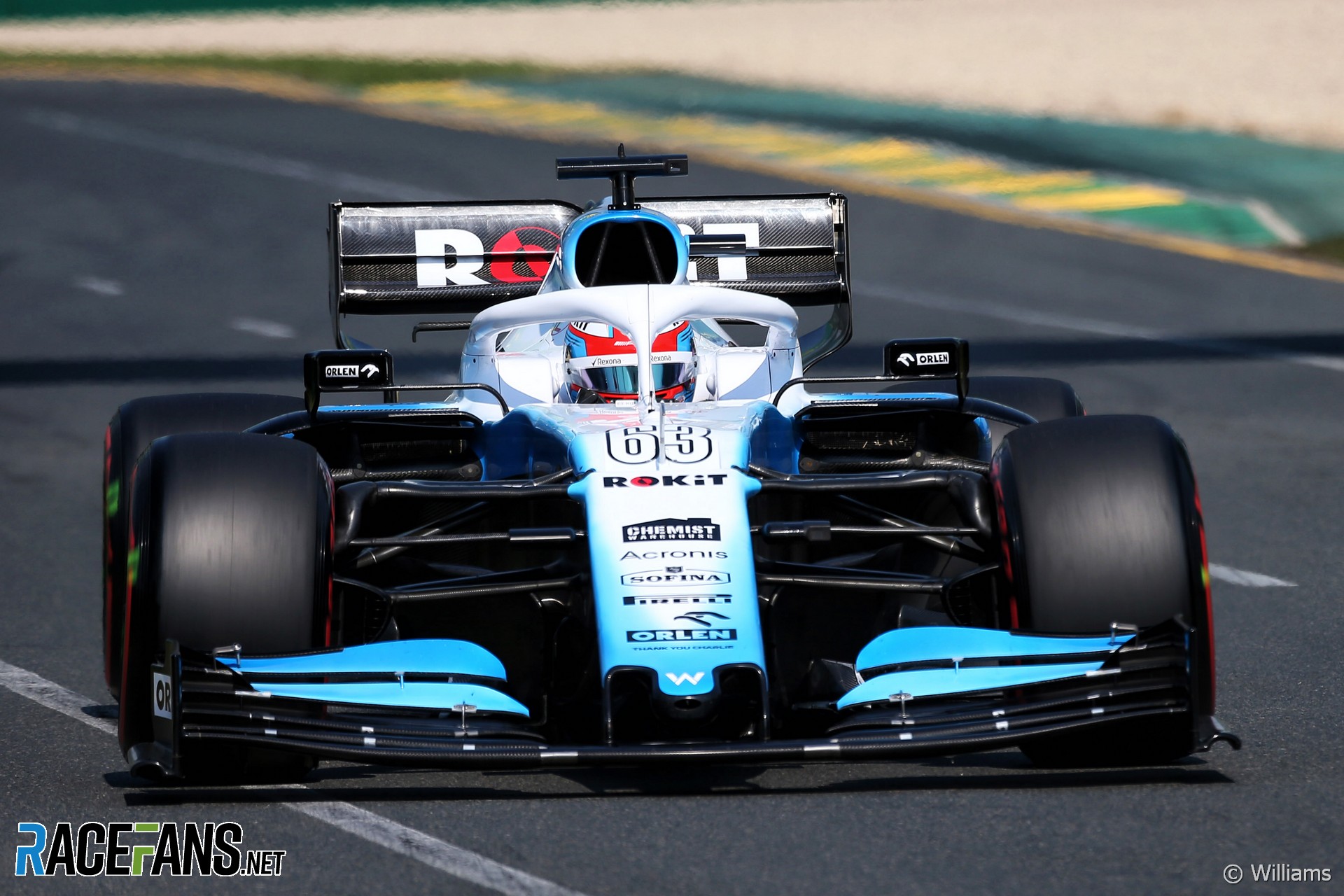 George Russell says Williams must use races as part of its testing programme for its under-developed FW42 chassis which was not completed in time for the start of pre-season running.

The car was 1.2 seconds slower than any of the team’s rivals last weekend. Williams was the only team which failed to lap Albert Park quicker than they did in 2018.

“We’ve just got to treat these as test sessions because we’re so far behind,” Russell admitted. “We’ve just got to understand, almost try things to see what works and what doesn’t because for now it doesn’t really make much sense to try and optimise everything when we are that far off the pace.”

Russell ended a largely trouble-free debut race two laps behind the leaders and one lap behind the next car in front of him.

“I’m happy that I got through it with no dramas,” he said of his first F1 race. “Physically I feel fine.

“The race, I got through it, basically. I think we learned a lot. But obviously we’re not here to fight for last and we’ve just got to analyse everything now and try to put a plan together.”

He finished a lap ahead of team mate Robert Kubica but admitted “it wasn’t a fair fight with Robert, he had a bit of damage at the start.

“For both of us it was just a case of bringing the car home and learning as much as we can.”

A late pit stop for new rubber with three laps to go allowed Russell to lap closer to the midfield pace, he said.

“At the end of the race I was kind of stuck behind [Lando] Norris and [Sergio] Perez because I was on fresh tyres. So that was quite nice actually just to be so close and understand actually how much downforce we’re losing when we’re there.

“So we can almost say these are practice sessions for when we’ve got the pace.”