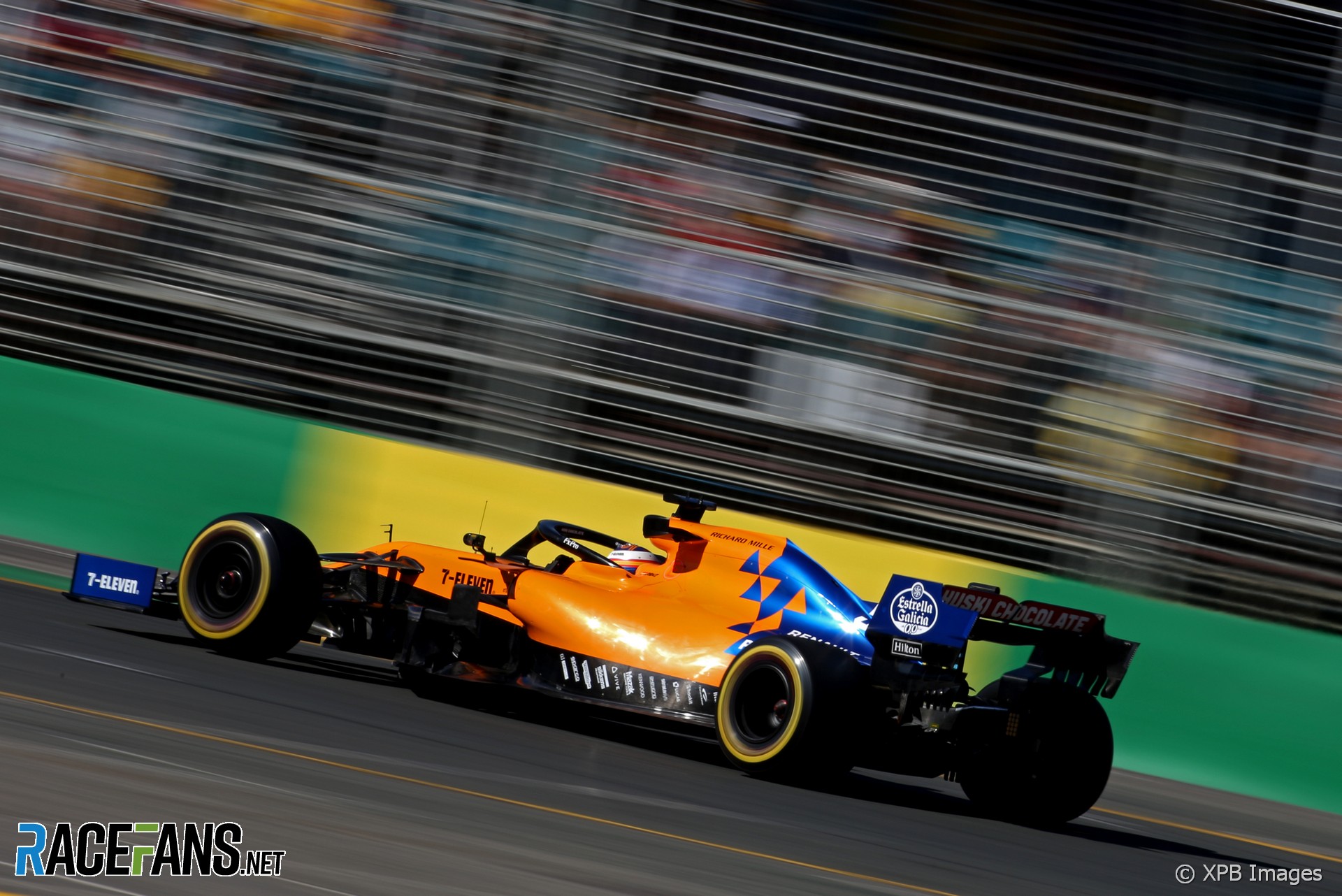 Carlos Sainz Jnr says his team mate’s top 10 qualifying effort at the Australian Grand Prix shows what the team is capable of when it gets everything right with its new car.

Lando Norris reached Q3 in Melbourne but Sainz was eliminated after suffering a power unit problem and being held up by Robert Kubica during Q1. However Sainz said he is encouraged the team has made progress following its poor end to last season.

“I think the team ended last year far from the midfield, like three or four tenths I would say. And it looks like we’ve put ourselves back in the mix after the winter which shows an incredible job that the factory and the team has done over winter testing.

“After Barcelona [testing] we were not so sure that Q3 was possible but I think [Australia] has proved since the first laps in Q1. For me particularly in Q1 I felt maybe we had a chance, maybe it’s happening, maybe we can get McLaren back to Q3. I think it’s since Monaco last year that it didn’t happen. So it just shows the progress that the team is doing.”

However Sainz acknowledged that the midfield fight is so close McLaren must perfect its preparations to stand a chance of reaching the top 10 in qualifying.

“It doesn’t mean we’re going to be in Q3 in Bahrain and China. But it means that we have put ourselves back in the mix and it’s now a matter of nailing laps, nailing procedures, nailing the set-up for each track because the midfield is as tight as always.”

14 comments on “McLaren are “back in the mix”, says Sainz”