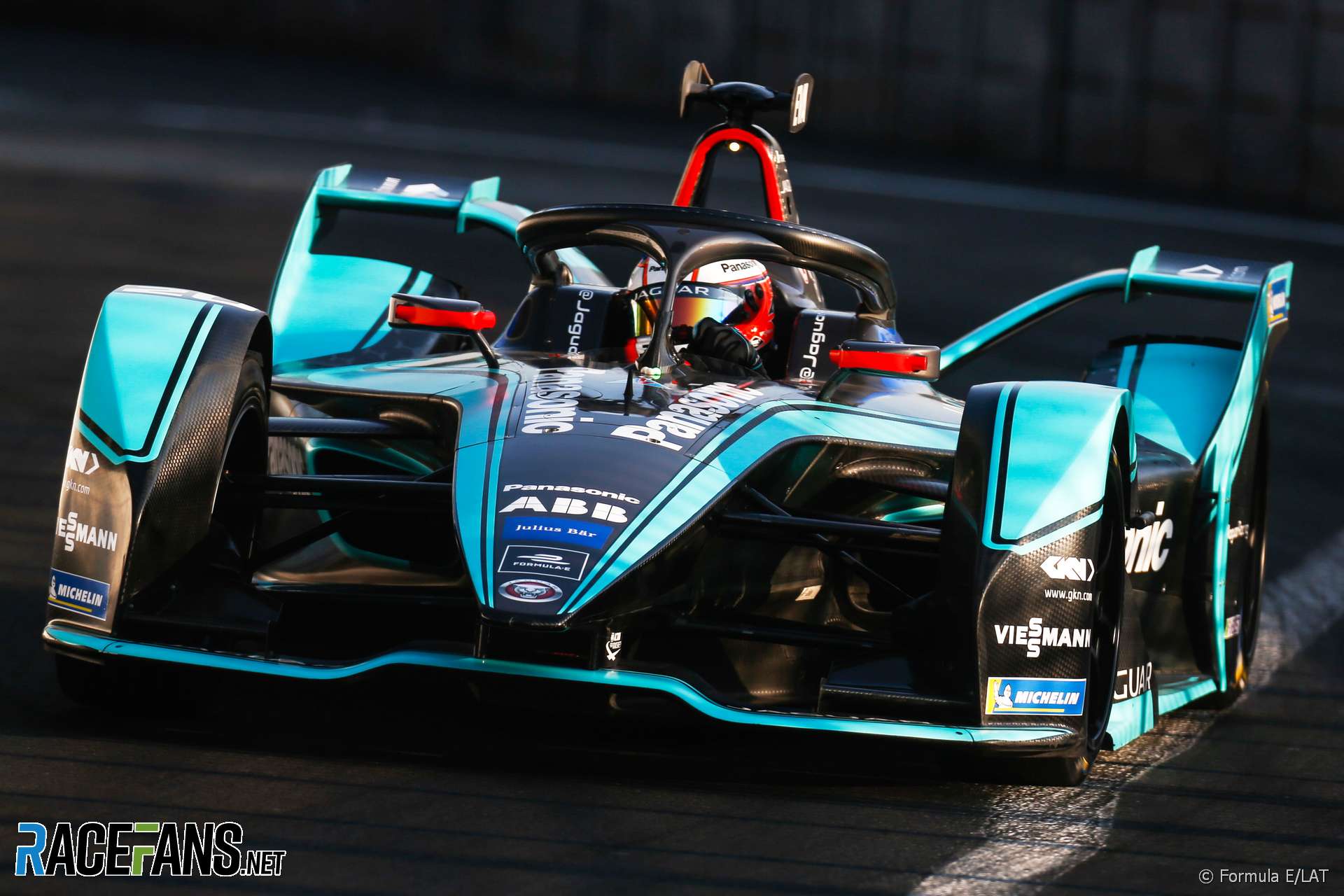 Mitch Evans has taken his first Formula E victory and Jaguar’s first ever single seater victory as a manufacturer at the 2019 Rome Eprix.

The 24-year-old had been pipped to pole position by Andre Lotterer a few hours earlier but took over the lead of the race and built up an energy advantage over his DS Techeetah rival. Stoffel Vandoorne completed the podium, scoring the first for himself and HWA, despite stopping on track with a broken driveshaft after crossing the line.

The race was heavily disrupted when Jose Maria Lopez, Gary Paffett and Jean-Eric Vergne tangled, blocking the narrow track. Under new rules which stop Formula E’s race clock now stopping during any red flag period, that meant a 45-minute wait for the remaining 42 minutes and 10 seconds (plus one lap) to run, during which time drivers sat miserably in cold and damp cars.

The initial collision had involved no less than Lopez, Paffett and Vergne plus Pascal Wehrlein, Jerome D’Ambrosio, Oliver Turvey, Tom Dillman and Daniel Abt, most of whom fortunately managed to park on track before becoming directly involved but nonetheless ended up trapped behind the accident, creating a complex restart procedure even when the track had been cleared and barrier reset. The top 11 cars were asked to wait in the pit lane, while the 11 cars who were determined to be a lap down were asked to run a race-pace (rather than red flag speed) lap before the safety car restart, fortunately without further incident.

Rome is oneof Formula E’s longer tracks, with considerable undulation. Energy had proved the undoing of Evans here before, as it has for other front-runners this season – most notably Wehrlein in Mexico. With the new clock stoppage, remaining race time seemed clearer on the restart, even if track position remained complex.

Race order on the restart saw Lotterer, Evans and Vandoorne leading behind two laps of the safety car, before being left to race. Bar one short full course yellow period, the rest of the race remained disruption-free, with only two further retirements (both Venturi cars, from technical failures rather than collisions).

Lotterer and Evans raced nose-to-tail for almost the entire race, with first Lotterer leading Evans despite an increasing energy deficit to the Jaguar, then Evans squeezing past Lotterer in a firm-but-fair move that saw both continue to compete fiercely. By twenty minutes to go, both still had both their Attack Mode activations to use in a who-blinks-first contest that saw the feature truly used strategically as an on-track battle for possibly the first time this season.

Despite a missed activation and Lotterer’s pursuit, Evans managed to control the race until the end, including slowing the pace for two laps to prevent an additional lap before crossing the chequered flag.