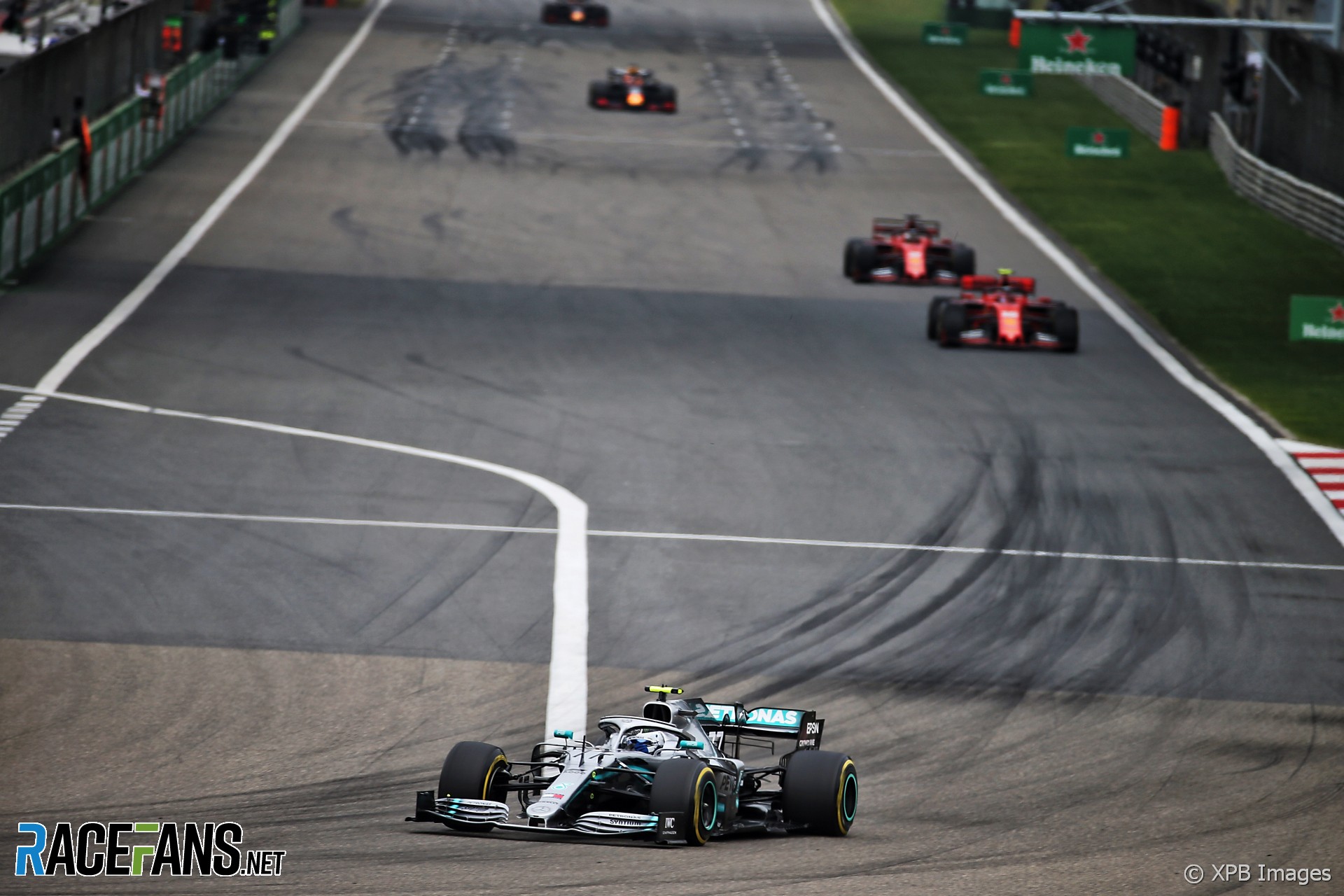 Wolff’s team were never seriously threatened by the red cars during the race, despite Ferrari enjoying a top speed advantage on the long back straight at the Shanghai International Circuit. He said this isn’t what he expected.

“I believed that their straight-line advantage, especially in the opening laps, would be a danger for us and, once DRS was enabled, even more,” said Wolff. “And we didn’t see them coming anywhere near.

“I think our exit onto the main straight out of turn 13 was very good. We were able to put a little gap there so they were never close enough. But it came as a surprise.”

Based on what he’s seen so far Wolff believes Ferrari’s top speed advantage is greater in qualifying trim than in race conditions.

“I haven’t seen the numbers yet but their straight-line performance is still very strong in the race, not as strong as in qualifying, it’s been very impressive.

“[But] as with every team you need to get the balance right between the drag, power and downforce level. You want to have a draggy car to go fast through the corners but equally you mustn’t lose time on the straight and getting that balance right is very difficult.”