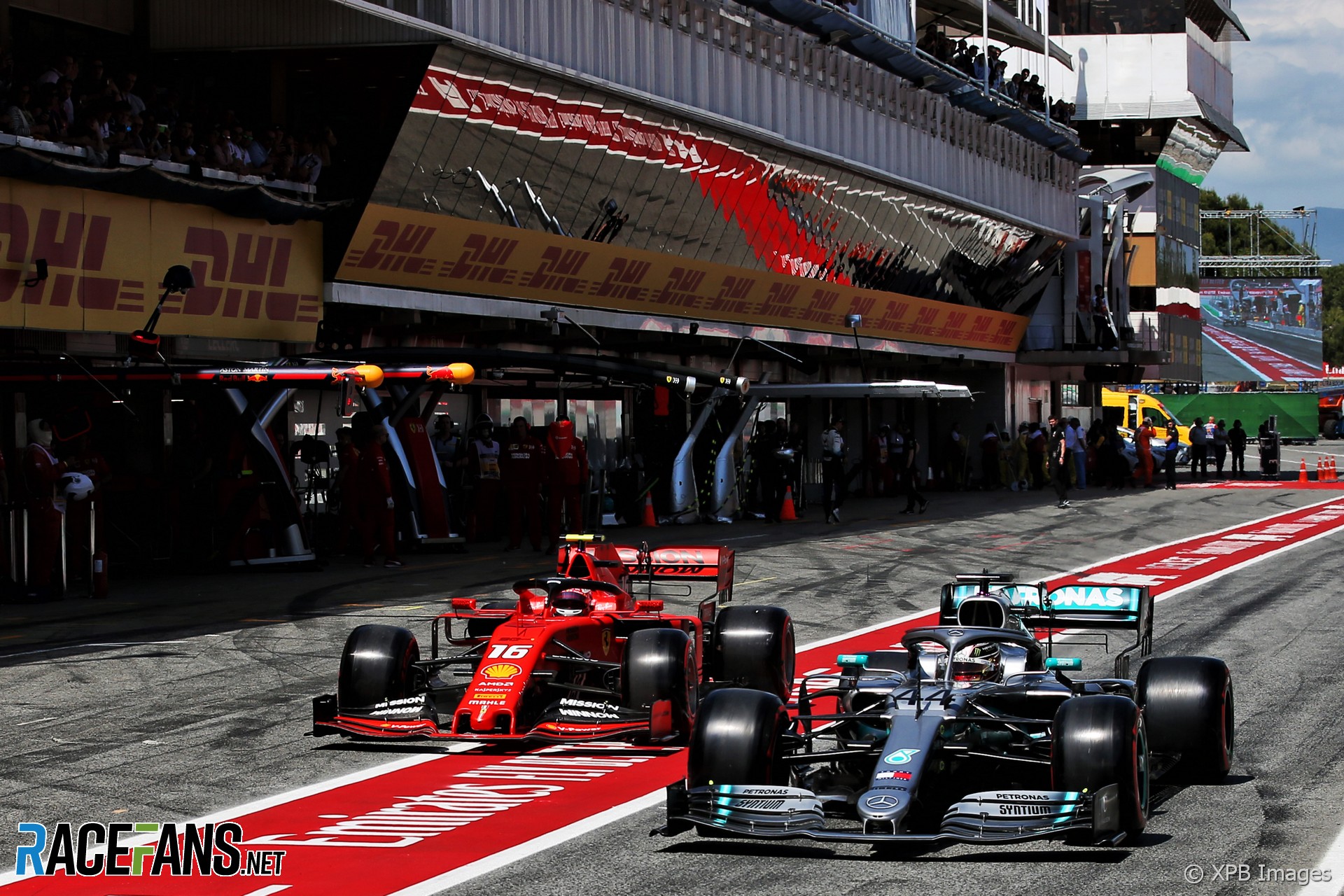 Ferrari didn’t have the pace to challenge Mercedes in qualifying. But afterwards Sebastian Vettel hinted their cars were set up more with the race in mind.

It is surely wishful thinking to imagine Mercedes, who were eight-tenths of a second quicker than anyone on Saturday, might face some serious competition in the race. But as we have seen in previous races, the teams’ performance can vary significantly between the different tyres compounds.

Ferrari, having clearly realised they weren’t going to be able to out-qualify Mercedes, took fewer sets of softs into qualifying in order to have more strategic options in the race. Compared to Mercedes they have an extra set of fresh medium tyres, suggesting they’re prepared for a two-stop soft-medium-medium strategy.

According to Pirelli drivers will have to run the soft until around lap 27 to make a soft-hard single-stop strategy work. This sounds very conservative – the hard tyre stint would only be 39 laps long – and it wouldn’t be a surprise to see Mercedes come in much sooner than lap 27 if they go down this route. Even so, if Ferrari intends to gamble on a two-stopper, that should allow them to come in earlier still and take the advantage of the ‘undercut’.

Pirelli’s motorsport director Mario Isola said a soft-medium one-stop may be possible it is “really, really marginal”. Either way, Ferrari have options. But equally, either way they will have to be closer to Mercedes’ pace on Sunday to make use of them.

They should at least not have to worry about losing places to the Red Bulls at the start. The red cars were quickest of all in the speed trap, and may be able to threaten Mercedes on the long run to turn one.

The Mercedes drivers have a battle of their own, of course, and they may fight it harder on the first lap at the Circuit de Catalunya than they did in Baku, where overtaking is less difficult.

Although Lewis Hamilton looked in good shape in final practice, Valtteri Bottas has looked the quicker of the two. But the sheer size of the gap between the two in qualifying was exaggerated because Hamilton began Q3 without a fully charged battery.

Mercedes’ chief race engineer Andrew Shovlin elaborated on Toto Wolff’s earlier explanation. “He abandoned his final run in the second session due to a yellow flag at turn 12, which meant the battery pack was not charged ready for the final session,” he said.

“We therefore put him out on track first so he could manage his own out lap, but it meant we caught a number of the cars who left late. By the final run, it seemed that the track had lost a bit of pace and there was some gravel down so few cars were able to improve.”

Red Bull, however, could prove the undoing of Ferrari’s plan to take on Mercedes. The RB15s were very close to their pace in qualifying and have tended to go well over race stints, notably in the second stint at Baku. That, as much as Mercedes’ obvious pace, will probably make it a tall order for Ferrari to keep Mercedes from another double helping of silverware.

Is there a realistic chance Mercedes will fail to score a fifth one-two in today’s race? And how will the midfield battle unfold?

15 comments on “Are Ferrari planning a two-stop attack on Mercedes?”