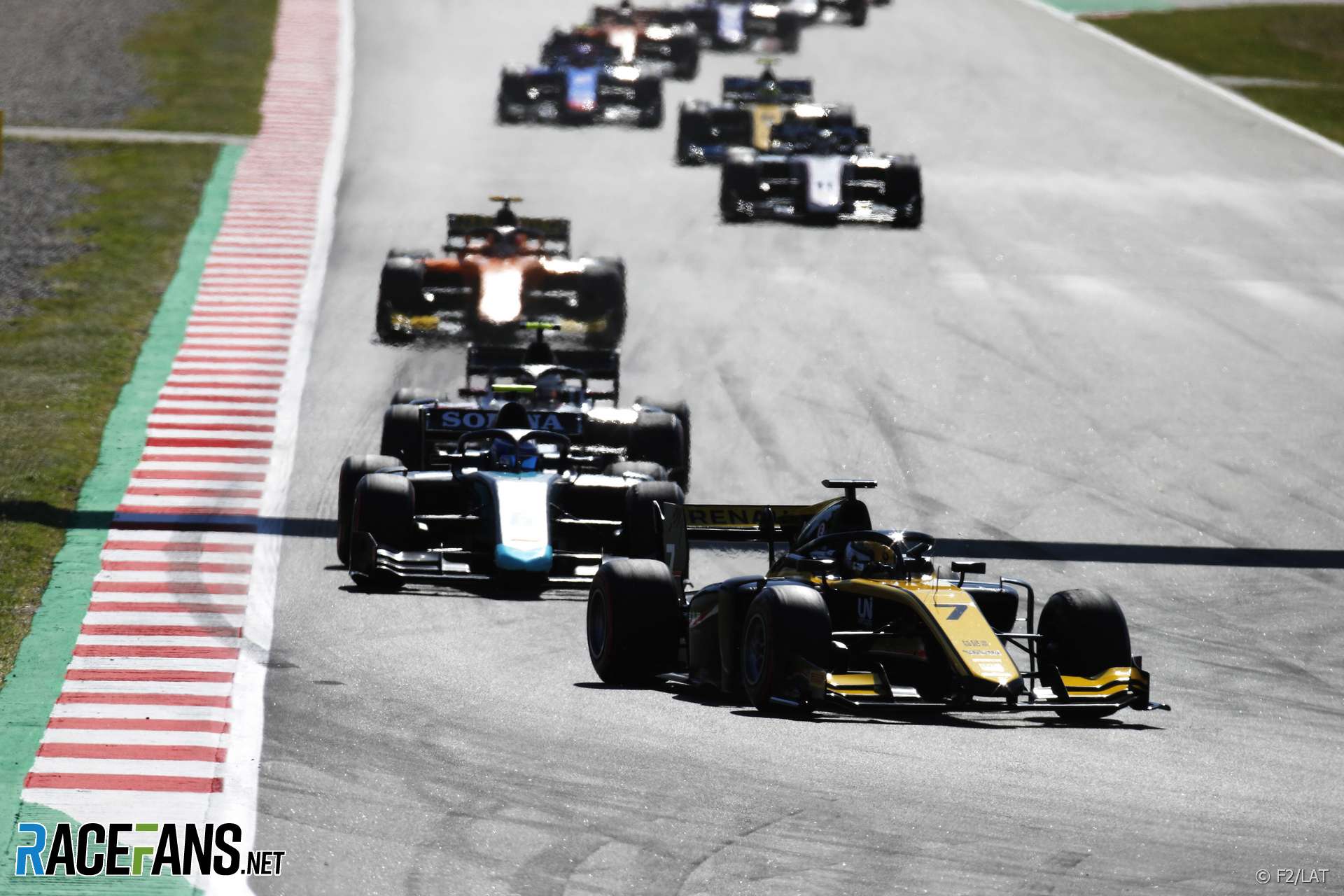 Luca Ghiotto, who came into the Spanish round third in the points, squandered his pole position advantage within second of the lights going out, slipping backwards into the pack. He was then assaulted by Aitken’s Campos team mate Dorian Boccolacci at turn 10, and had to limp into the pits for repairs.

Fortunately for Ghiotto two other drivers had skidded off, triggering a Safety Car period. Mick Schumacher was able to recover to the pits as well, but Giuliano Alesi’s race ended in the turn four gravel trap.

Zhou had taken the head at the start, followed by Latifi, Nyck de Vries and Aitken. Renault’s Chinese rookie pitted soon after the Safety Car window opened, and held his advantage over Latifi and De Vries when they came in. Aitken briefly emerged in front of De Vries after his stop, but lost the place at turn five.

Anthoine Hubert and Jordan King ran long first stints, holding the lead until the final laps. Schumacher appeared behind them in third, but like them he also had to make a second stop, having originally come in before the pit window opened. Once he had come in, a tangle with Juan Manuel Correa left him with front wing damage which ruined his race, and ended Correa’s.

Meanwhile Latifi was bearing down on effective race leader Zhou. After testing his rival’s defences with seven laps to go he pierced them the next time around. Hubert and King subsequent pit stops handed Latifi the lead, while Aitken also worked a way past his fellow Renault junior driver for second place.

Ghiotto recovered from his disastrous start to an excellent fourth ahead of De Vries, Hubert and King. Callum Ilott slipped back in the closing stages but collected points for eighth along with sprint race pole position. Sean Gelael and Ralhp Boschung completed the points-scorers.