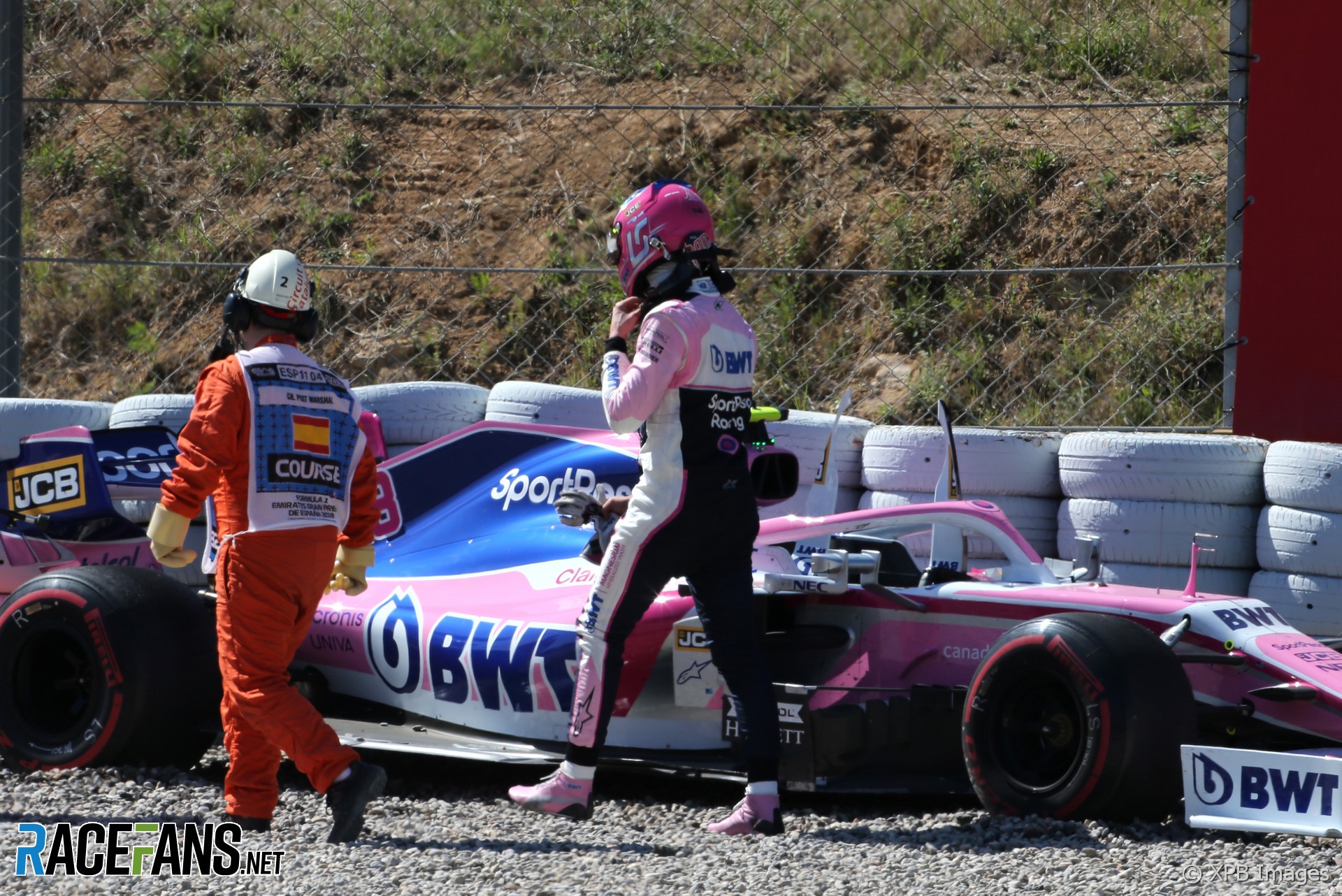 Lance Stroll says there was no way for him to avoid the collision with Lando Norris which put both of them out of the race.

The pair tangled in turn two as Norris was trying to overtake the Racing Point driver on his inside.

“I braked on the inside while he was on the outside and then I had to turn in to make the left hand corner,” Stroll explained. “Unfortunately there is not enough space for two cars and there was not much I could do. I felt contact on my rear and I was sent into the gravel.”

However Norris accused his rival of failing to leave enough room for him.

“I was on the outside in turn one, he knew I was there, he defended into turn one,” said the McLaren driver. “After that – I don’t know if he saw me after going into turn two but I was still on the inside of turn two and he just turned in, didn’t leave me enough space basically, and he kind of pushed the front of my car and he put himself out of the race and me out of the race as well.

“I’m a bit annoyed that I didn’t get to finish my fifth grand prix. But in the the end of the day we weren’t in the points so it didn’t cost us as much as what it could have done.”

The stewards spoke to both drivers and ruled the collision was a racing incident.

11 comments on “Stroll: ‘Not enough space for two cars’ in Norris crash”