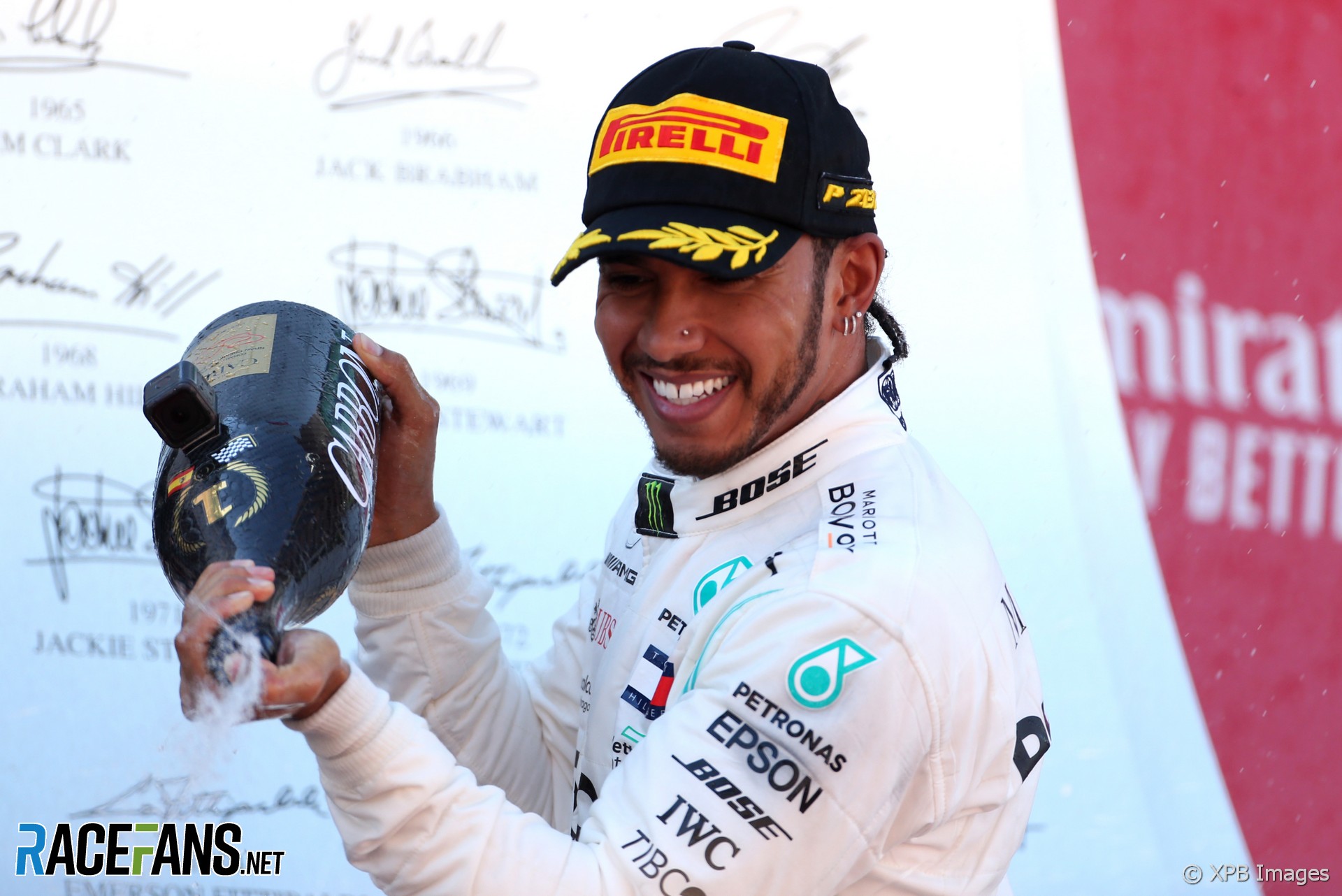 Last weekend their relative lap time advantage over the rest of the field was larger than it had been in any race since the 2016 British Grand Prix.

They converted it into their fifth consecutive one-two finish, increasing a record they broke at the previous round for most one-twos at the start of a season. No team has ever scored more than five consecutive one-twos in any stage of a season (Ferrari had six in 1952 if you discount the Indianapolis 500), so Mercedes could set a new record at the Monaco Grand Prix. They are also well on the way towards breaking their 2015 record for most one-twos in a season, when they scored 12 in 19 races.

As a result they have still only dropped three points (all fastest lap bonuses) from a potential 220 so far this season. They already have more points (217) than Ferrari and Red Bull combined (208).

Lewis Hamilton added his third win of the season, putting him on a career total of 76. He is now 15 behind Michael Schumacher’s all-time record of 91. There are 16 races remaining this year, so he is likely to close that gap further, and as predicted previously he is still on course to reach the record in 2020.

This was Hamilton’s third consecutive win in the Spanish Grand Prix. He now has four wins in this race, more than any driver besides Schumacher, who won it six times.

Hamilton also took the fastest lap for the 42nd time in his career, and the first time he has claimed a bonus point for doing so. He also led every lap of the race for the 16th time in his career. Only Ayrton Senna has more lights-to-flag wins, with 19.

But Valtteri Bottas prevented his team mate from achieving a ‘grand slam’ by taking his third pole position of the season.

It wasn’t a good race for Alfa Romeo either. They failed to score for the first time since returning to F1, as Kimi Raikkonen’s run of points finishes for the team also came to an end. Antonio Giovinazzi is still yet to score his first points.

The Spanish Grand Prix has been held at the Circuit de Catalunya every year since the track was built in 1991. However it doesn’t have a contract to appear on the 2020 F1 calendar, and yesterday’s race may have been its last for the foreseeable future.

With no alternative venue emerging as a candidate to hold the race, F1 faces losing one of its most enduring races. This was the 49th edition of the Spanish Grand Prix in the 70-year history of the world championship. F1 first raced on the streets of Pedralbes in the west of Barcelona in 1951, and visited Jarama, Montjuich and Jerez before arriving at its current venue.

The country has also held the European Grand Prix on five occasions on a street circuit in Valencia. Having held two grands prix as recently as 2012, Spain may have none next year, and it’s hard not to see a connection to the absence of two-times world champion Fernando Alonso from the grid.

Have you spotted any other interesting stats and facts from the Spanish Grand Prix? Share them in the comments.