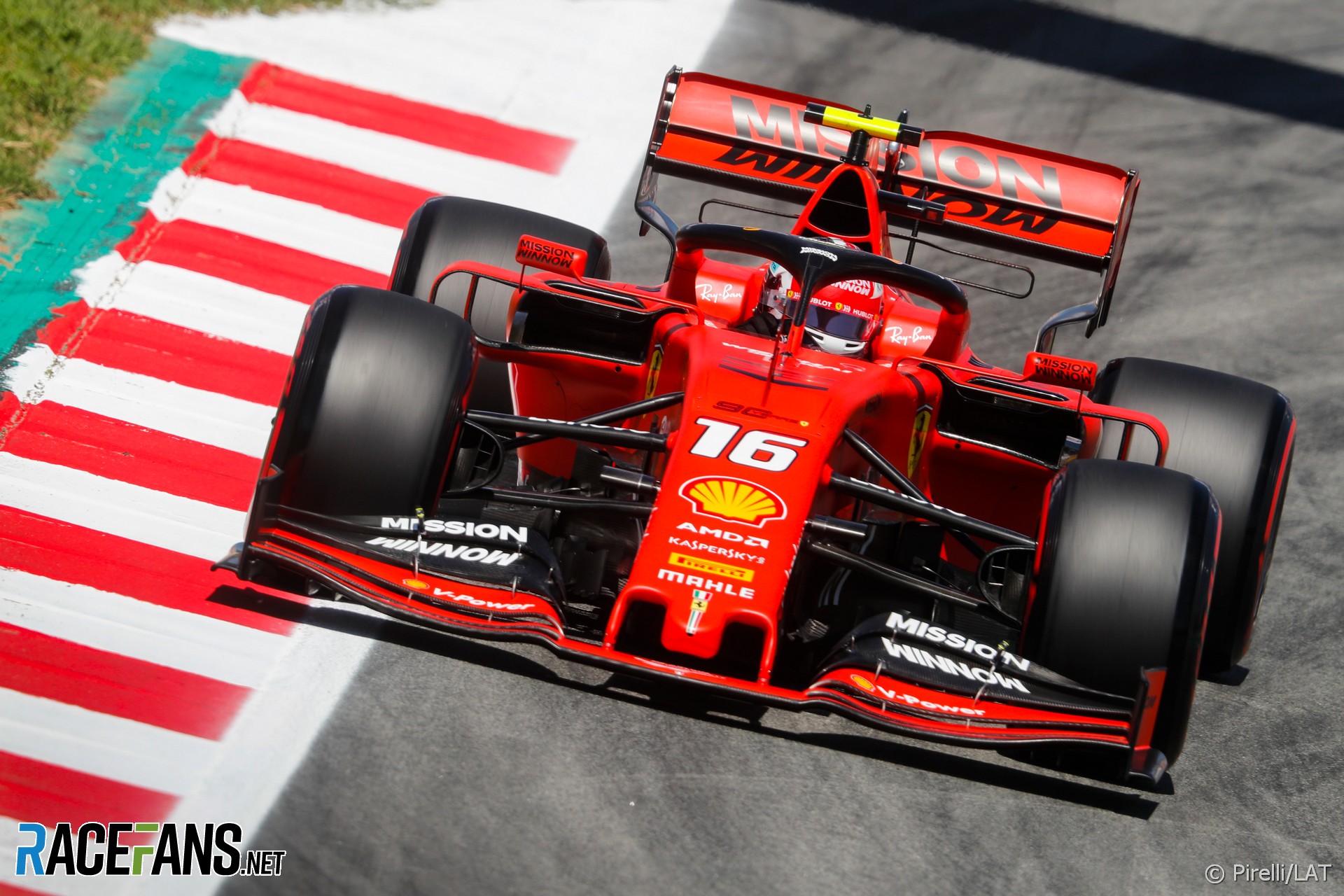 Charles Leclerc believes Ferrari did the right thing by switching him to the hard tyres at his first pit stop in the Spanish Grand Prix.

Ferrari had already put his team mate onto the medium tyres when Leclerc, who was leading the pair, pitted on lap 25. Like Vettel, Leclerc’s pit stop was compromised by a cross-threaded wheel which caused a slow tyre change. That meant soon after Leclerc rejoined the track he came under pressure from his team mate.

Although Leclerc then had to let Vettel by, he was expecting to run to the end of the race without pitting again, while Vettel was likely to need a second stop which would drop him back behind. Leclerc defend his team’s strategy call.

“I think we had a very competitive race simulation on the hard tyres on Friday and I think it was good to try. To be honest from the beginning the balance was maybe not as good as Friday. But at the time when we put the hard there was no way back.”

However the appearance of the Safety Car wiped out Leclerc’s advantage over his rivals and meant he had to pit again. He said he wasn’t sure whether he could have kept third place without it.

“Obviously then we had the Safety Car [which] compromised our strategy. But I think it was a good try and it was definitely not a mistake trying it.

“Whether I could have kept them behind, I don’t know. Barcelona is definitely a very hard track to overtake on. But we’ll never know.”

2 comments on “Leclerc: One-stop strategy was “definitely not a mistake””