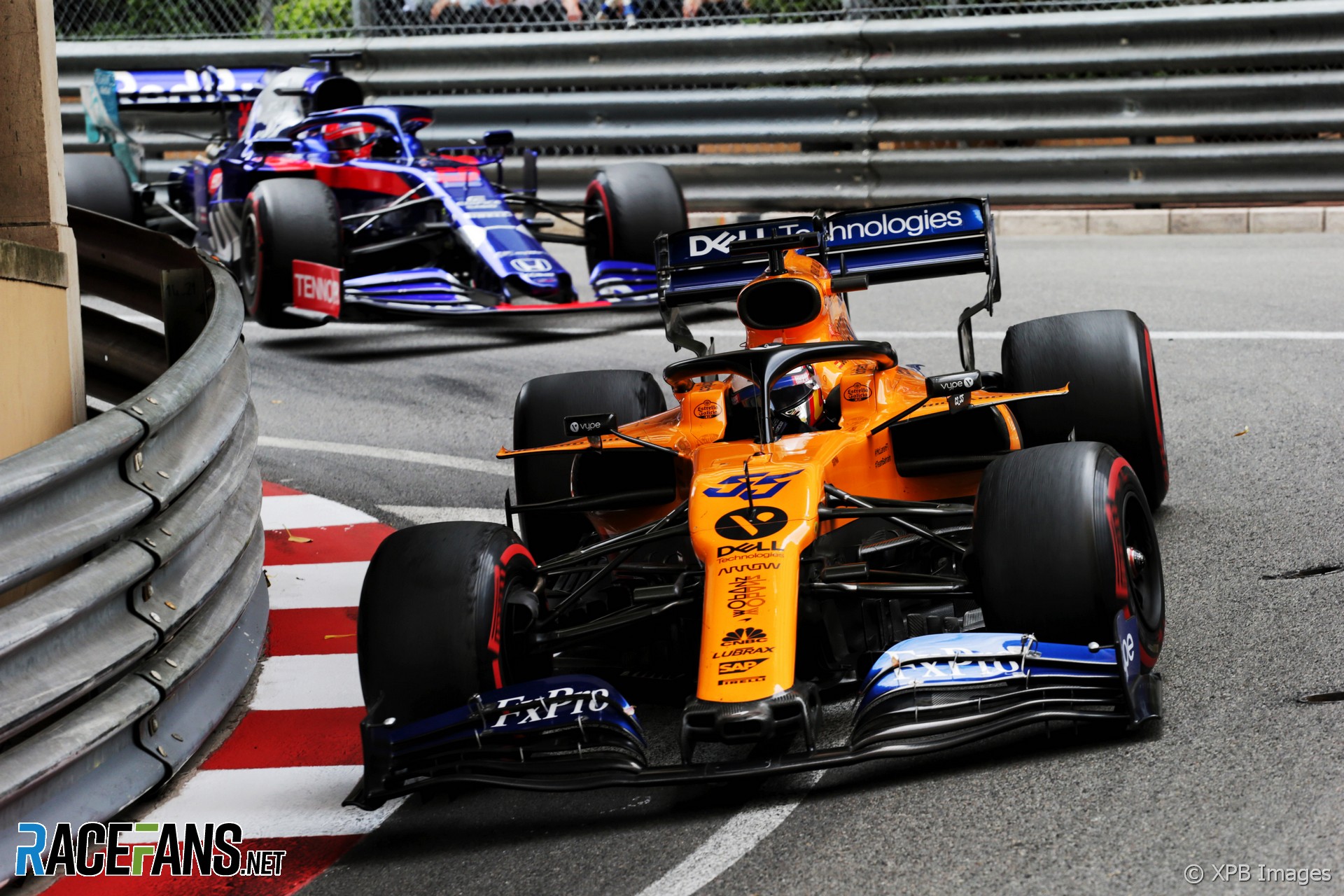 Daniil Kvyat says he will take a close look at his race strategy in the Monaco Grand Prix to see if there was any way he could have finished ahead of Carlos Sainz Jnr.

The McLaren driver got ahead of Kvyat at the start of the race. Toro Rosso left Kvyat out for two laps after Sainz pitted, giving Kvyat the chance to stay ahead, but he narrowly fell short as he left the pits.

“I will analyse later how it was. I think my first lap was mega, the second lap already the tyres were giving up. So maybe if we pitted just after one lap we could have stayed ahead, I’m not sure, we will analyse, I don’t know. I think it was a fantastic call anyway and we did our best.

Sainz set the fastest lap of the race once his tyres were up to temperature, and Kvyat suspects he should have pitted a lap sooner,

“He tried to push super-hard, that’s why I’m asking myself maybe he needed one lap to warm up the tyres, then after that his second lap was too good already for me. I had a tyre with 35 laps on.”

However Kvyat praised the team’s decision not to pit him earlier during the Safety Car period, which he said made his race. “It was a very good call because my tyres were in a good state and there was no point in changing them.”