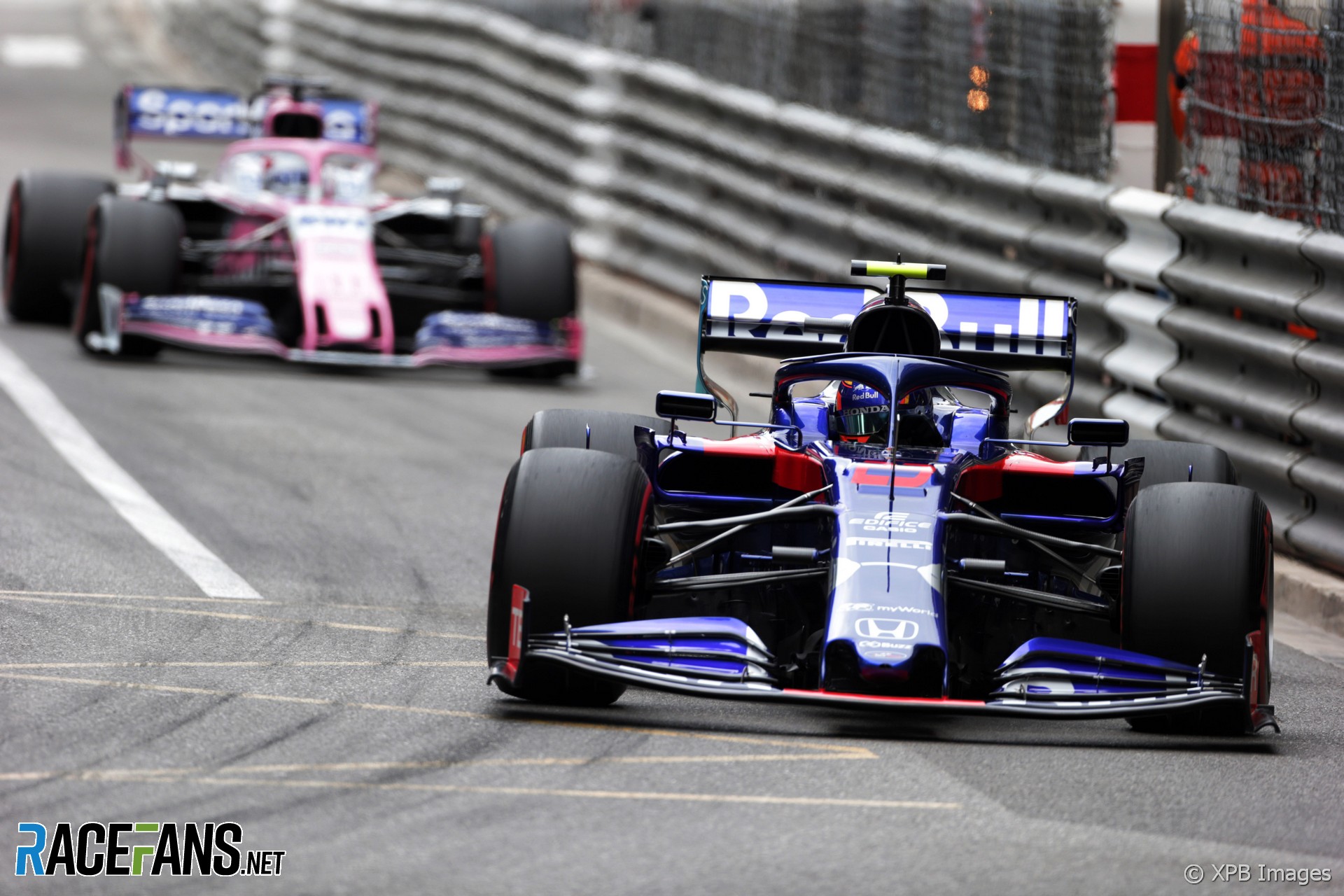 Alexander Albon says Toro Rosso are finally beginning to deliver on the potential of their STR14.

He and team mate Daniil Kvyat scored their best results of the season so far in Monaco with seventh for Kvyat and eighth for Albon. Carlos Sainz Jnr’s McLaren was the only car from the team’s midfield rivals to beat them home, thanks partly due to McLaren’s tactics of using his team mate to slow the field.

“We knew that was a possibility with someone like Lando [Norris] holding up the group,” Albon admitted. “That’s what we were afraid of, to be honest.

“I think the team did a very good job with strategy. [They were] on top of it, full credit to them. Two cars in the top 10, that’s a great effort for us and I think totally deserved.

“It’s the first race we’ve done this year where we can say we’ve got the points that we’ve deserved, really. It’s been a good race. [Tyre] management was good as well. Car was good on the tyres to be able to do what we did as well. All in all, a good day.”

Albon believes this is a reflection of the car’s potential rather than the unusual Monaco circuit suiting them.

“I think it’s always been good. I don’t think it’s just been the last few races. I think we’ve always been on the fringes of Q3, this time we made it into Q3. We’ve finished between eighth and 12th I think every race this year.

“So I do think as a team and driving we’re unlocking the car a bit better, the potential of the car. But at the same time I think we’re working well. We’ve always had the pure pace to be at the front of the midfield and this weekend I think it’s the first time things have run smoothly and it’s all clicked.”