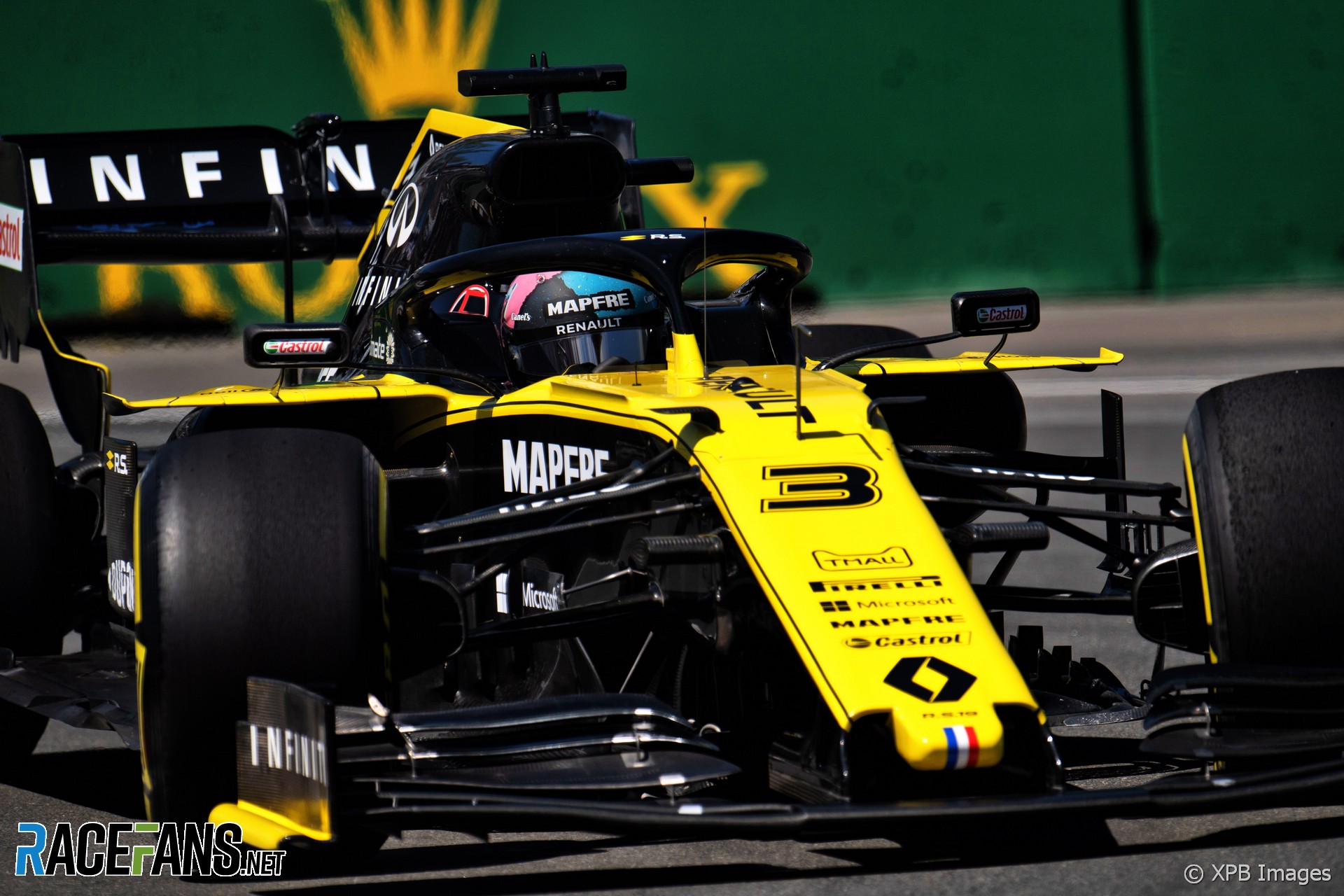 Daniel Ricciardo says he is more satisfied to have taken a place on the second row of the grid than to have beaten his former team Red Bull.

The Renault driver said his fourth place result in qualifying was “sweeter” than the knowledge Max Verstappen and Pierre Gasly will start behind him.

“I better go see Helmut [Marko],” joked Ricciardo. “I’ve got to make the most of it while I can.”

“The second row is very sweet, for sure. We knew that once Max was out we knew Q3 we could have a real run. In Q2 Gasly was about four-tenths ahead of me but I wasn’t that happy with my lap in Q2 so I knew there was some free time for me to take. So I knew Q3 could be interesting but he also had two sets of new tyres so I was like ‘it’ll need to be a perfect lap, I think, to get him’.”

Ricciardo not only out-qualified Gasly but also took advantage of a scruffy Q3 for Mercedes’ Valtteri Bottas.

“To then get Valtteri as well… I saw Valtteri had a spin, I don’t know what happened on his second run. It was cool. Just put it together, I’m still quite excited.”

The characteristics of the Circuit Gilles Villeneuve make it a surprising venue for Renault to score such a strong result, Ricciardo added.

“I definitely got more comfortable with the car really each weekend I do. I think [that’s] three Q3s in a row now.

“That’s showing also just with the engineering team we’ve hardly touched the car all weekend so I think coming into the weekend they kind of know more or less what I need from the car and what I like. When you don’t touch a car much on a race weekend it’s like there’s a good correlation between us and that’s also giving me confidence now just to drive a car that I know and getting familiar with it.

“I knew we could be a chance of Q3 here, don’t get me wrong, but I didn’t think this would be a stand-out. There’s fast chicanes, a lot of kerbs and stuff, that’s one thing we’ve been trying to make as good as the Red Bull is. The Red Bull was always very good on braking and kerbing and absorbing bumps. We’ve come a long way I think since Melbourne and it’s pretty nice to get that around here.”